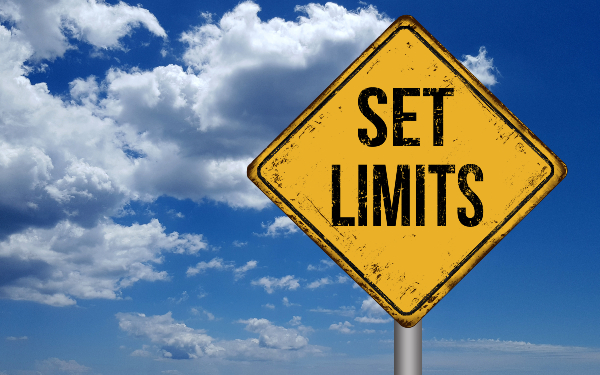 How far would you support national caseload limits for social workers?

A report for social work leaders has proposed specific caseload limits for practitioners to help mitigate the mounting workload burdens many face.

The Setting the Bar study, which surveyed more than 1,500 social workers in Scotland – about a quarter of the public-sector workforce – recommended ‘indicative’ limits of 15 cases for children’s social workers and 20 to 25 for peers carrying out adults’ and criminal justice work.

The report, commissioned by leadership body Social Work Scotland, said such limits could empower practitioners to support people more effectively, against a backdrop of rising workloads and burnout.

Social workers expressed “weariness but not cynicism” in their responses to the survey, the report observed, adding that the findings offer “important handles” to hold onto as Scotland develops plans for a National Care Service, assuming responsibility for social work from councils.

As part of those plans, the Scottish Government has been consulting on proposals to introduce a National Social Work Agency to oversee the profession, including a national pay and grading framework.

While the study was carried out north of the border, its findings around work pressures and their impact on attitudes to the job echo many other pieces of research, including recent surveys by Community Care.

The Setting the Bar report warned that ‘moral distress’ experienced by some social workers – in which they identify ethical courses of action but are unable to pursue them because of resource constraints – was fuelling decisions to leave the profession.

The report cited a stark example given by a survey respondent of “‘internal waiting lists’ operated by workers who have no choice but to leave people allocated to them to reach crisis point before they are responded to”.

Some social workers responding to the survey said they were carrying more than 50 cases.

The study found a clear upward shift in the percentage of respondents who found their workload ‘hard to manage’ when caseloads exceeded 15, with a much larger rise apparent when they rose above 25. Caseloads above 30 were associated with a near-threefold increase, from 9% to 25%, in perceptions that workloads were ‘completely unmanageable’, leading to severe negative impacts on work-life balance.

Even so, this was not a universal pattern, with some practitioners successfully managing caseloads of 50 or more while others struggled with 10.

Asked their opinions on setting caseload limits (see box), while two-thirds of respondents suggested a figure “without the need for qualification”, the remainder did not – with many being “unwilling and unable” to do so.

Some pushed back forcefully on the notion as being too simplistic or reductive. The report cautioned that limits should be considered as a step in the right direction rather than a panacea, given the huge variation in case complexity and the additional impact of administrative pressures on practitioners’ wellbeing.

How proposed caseload limits were reached

The indicative caseload limits were arrived at by separately surveying the general workforce and chief social work officers (CSWOs), after a literature review concluded that case complexity and other factors made quantifying a figure difficult.

“CSWOs emphasised that operationally, caseload considerations must always attend to the complexity and demands of individual cases, worker capacity and geography,” the report said.

Bearing these qualifications in mind, across all three categories of social work, answers from chiefs ranged from 10 to 30, with maximum numbers of 15 identified for children and families social workers, and between 20 and 25 for adults’ and criminal justice practitioners.

Social workers, meanwhile, were asked to consider what they felt was the maximum number of cases a full-time practitioner could carry while “safely and effectively [delivering] on the aims, aspirations, core values and principles that underpin social work practice”.

Although the range of responses was “vast”, the mean average result for children’s practice was 14.5 cases, adults’ 19.5 and criminal justice 24.6. While broadly lining up with the CSWOs’ responses, these also corresponded with the survey results relating to how manageable social workers felt different caseloads were.

While almost half (47%) of respondents selected high caseloads as one of the least satisfying things about their work, high administrative workloads (78%) and lack of time for preventative work (65%) were greater sources of dissatisfaction. The report noted that while social worker numbers had remained mostly static in recent years, administrative staff had reduced by about a third across all social work team types.

More than 70% of respondents said they worked extra, mostly unpaid, hours, while 81% said they spent less than 10% of their time on training and development.

Unmanageable overall workload (59%), poor work-life balance (51%) and high administrative workload (49%) were the factors most commonly cited by social workers as push factors that might cause them to leave the profession.

By contrast, the pull factors that did most to keep people in social work were a sense that they were able to make a difference to people’s lives (69%), and their commitment to the profession (67%). In comments, many stated that they only stayed in their jobs because of their colleagues.

“Having indicative maximum caseloads can…help empower social work leaders set a bar, and establish a line beyond which we know social work no longer supports people as it’s supposed to,” it said. “That line can help better articulate the conditions and workforce necessary to do what social work is entrusted and required to do.”

With the Scottish Government not only planning to develop a National Care Service but also implementing “The Promise” – its commitments arising from the 2017-20 children’s care review – Social Work Scotland said its report illustrated a gap between aspirations and reality.

It added: “There are opportunities to make the changes needed, but we need to act now; we’re at a crucial tipping point.

“If we are to address the current challenges faced by social work, we must be bold. Articulating an indicative maximum caseload for social workers is no different than specifying classroom numbers for teachers. We all know that not every class is the same, but we also understand that teachers can only do their job well if they have the time and opportunity to do so.”

Responding to the report, Alison Bavidge, the national director of the Scottish Association of Social Workers, said it had “outlined the wide-ranging and deep-seated problems facing social workers in Scotland”.

She said it showed that the workforce should be “swiftly and effectively” increased to meet demand.

“It all combines to create a perfect storm which is putting social workers under severe pressure, is damaging their mental health and risks crippling the profession as more people leave.”

Social workers having to ‘deliver more with less’

A spokesperson for the Convention of Scottish Local Authorities (COSLA) said the report “rightfully spotlights the significant challenges that social work professionals have been faced with for some time”, blaming underinvestment by the Scottish Government for forcing the workforce to “deliver more with less”.

“We cannot wait for the creation of a National Care Service to drive the improvements that are needed across the social care sector and social work profession,” the spokesperson said.

“COSLA is committed at a national level to improving the working experience, development opportunities and wellbeing of our social work workforce so they feel enabled and empowered to improve the lives of our communities,” they added. “We will continue to work in partnership with Social Work Scotland and the Scottish Government to address these challenges urgently and meaningfully.”

Minister for social care Kevin Stewart said he understood and acknowledged “the significant pressures social workers face, with increasing workloads, staff shortages and the more complex needs of those they support – all exacerbated by Covid”.

The Scottish Government is having ongoing discussion with COSLA and other stakeholders on social work workforce policy, including recruitment and retention, learning and development, pay, leadership and workforce planning, he said.