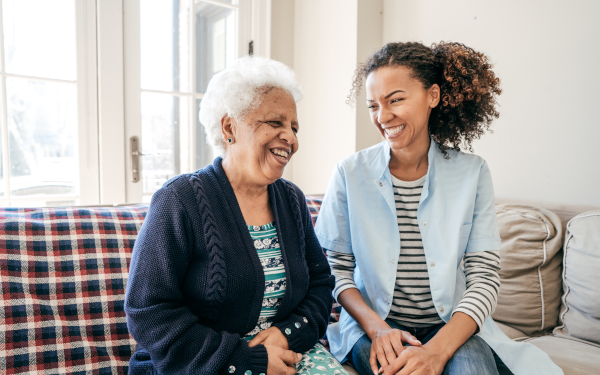 Data commissioned by the Equality and Human Rights Commission (EHRC), forming found ethnic minority staff in the independent care sector were likelier than white peers to be on zero-hours contracts.

Among home care workers in the independent sector, 71% of ethnic minority workers were on zero-hours contracts as of March 2020, compared with 59% of White British workers.

The study report acknowledged that the discrepancy around the use of zero-hours contracts was probably for “complex and multifaceted reasons” and that some workers found their flexibility helpful.

But it warned that the “fragmented” nature of the underfunded social care sector, the large number of providers, as well as the use of zero-hours contracts and agency staff, made it more difficult for workers to be aware of their rights.

“This has a greater impact on ethnic minority workers who, as previously noted, are more likely to work in the independent care sector while being on zero-hours contracts,” the report said.

The data, provided by Skills for Care, was collected as part of a wide-ranging study looking at the treatment of lower-paid ethnic minority workers in health and social care,

The data also revealed that ethnic minority care workers were slightly less likely to be on permanent contracts compared with White British colleagues (83% vs 91%) and slightly more likely to be on temporary (6% vs 2%) or bank/pool contracts (8% vs 6%).

One ethnic minority worker on an insecure contract who contributed to the study described feeling “pressure to come back to work” during the pandemic despite being told to self-isolate.

“I was losing money, which I knew would affect me, it did affect me,” they said. “I’m not the only one, it’s going to affect a lot of people and because of that, most people that are supposed to self-isolate, they are not going to do that.”

The study heard that lower-paid ethnic minority workers across the health and social care sectors were less likely to raise concerns at work for fear that they could lose their job – especially those in insecure roles or on zero-hours contracts.

“They don’t think they would be listened to or protected, or that their rights would be upheld,” the report said. “Some contributors told us how workers were sometimes victimised after raising concerns.”

Lack of data ‘may allow discrimination to pass unnoticed’

The survey report warned that, in general, there was much less robust data available across social care than the NHS, including in relation to racial discrimination, and fewer support networks available to workers.

Baroness Kishwer Falkner, chairwoman of the EHRC, said it was “troubling” that a lack of good data may allow discrimination to pass unnoticed.

“Robust workforce data is crucial so organisations know who works for them and what their employees’ experiences are, so they can take action to end bad practice,” she said.

The watchdog called on social care employers and commissioners to:

It also said the UK government and its Scottish and Welsh counterparts should work with the health and social care sectors to mandate training for middle managers who handle workforce complaints, including concerns raised on grounds of race.

‘Workforce must be respected’

“Our inquiry findings and recommendations will help equality and human rights law to be upheld,” said Baroness Falkner. “We will work with government, the NHS, local authorities, regulators and care providers to ensure that the working conditions of lower-paid workers in this sector are improved and that their crucial contribution to our health and our economy is recognised.”

Responding to the findings, UNISON general secretary Christina McAnea said: “Black workers make a vital contribution to the health and care sector but are all too often at the bottom of the pay scale [and] frequently face shocking discrimination, threatening their health, job security and life chances.

“Reversing decades of underfunding, privatisation and hostile immigration policies that allow discrimination to thrive are the way to make a lasting difference,” she added.

“Investment in training and development to improve the chances for neglected staff will also help turn things around,” she said. “But lofty words about reforming health and social care won’t mean a thing unless the workforce are treated properly, ​respected and given the opportunities they deserve to access higher paid roles.”