Over 40% of social work staff have faced abuse from public this year, finds survey

UNISON survey of nearly 3,000 practitioners reveals nearly all are concerned about staff shortages and workload, while 80% fear for their mental health 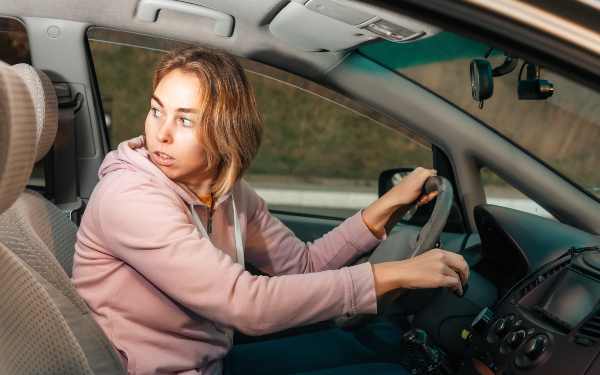 Over 40% of social work staff in the UK have faced abuse from service users, their families or members of the public this year, research has found.

The finding came from new UK-wide research by UNISON, in which 41% of almost 3,000 respondents working in children’s and adults’ services said they had received verbal abuse at work during the first weeks of 2022.

Thirteen per cent of staff said they had been threatened this year, 11% had experienced harassment, 3% had been on the receiving end of online abuse and 2% had faced physical abuse – with younger staff more likely to report all categories of abuse.

In addition, 44% of survey participants reported a rise in such behaviour since the onset of Covid, while just 2% felt it had decreased.

‘People vent anger at us over lack of services’

Some respondents linked this to the level of service they could provide, about which 56% of respondents were “very concerned” and a further third “a bit concerned”.

“We are having to deal with service users in extreme distress and they are often frustrated by a lack of services so vent their anger at us,” said a consultant social worker from the East of England.

“I have had multiple complaints made against myself by both service users and professionals due to a lack of responses and actions from myself,” said a social worker from the North East.

The majority [of complaints] were completely valid and deserved due to me simply not having enough time in the working day and personal time to manage the caseload I currently have.”

The findings on staff shortages reflect rising vacancy levels and turnover across children’s and adults’ services in England. In the children’s sector, about one in 12 social workers quit local authority practice in the 12 months to September 2021 – a 20% rise on the previous year – according to a recent Department for Education analysis.

One assistant team manager said vacancies had “skyrocketed” in her local authority, which was unable to fill roles in teams that had always been well-staffed.

“We can’t keep good social workers,” she added. “The complexity and amount of work is causing newly qualified social workers to leave. The pandemic has made this worse due to the sense of team disappearing.”

Social workers also reported the toll these work pressures were taking on them.

Almost eight in 10 (77%) respondents to UNISON’s survey were very or a bit concerned about their own mental health, with similar proportions reporting stresses around employer expectations (80%), working unpaid overtime (80%), their work-life balance (79%).

Shockingly, social workers were just as likely (79%) to worry about being publicly identified in the press or on social media in relation to individual cases, with children’s practitioners particularly concerned

While just over half (56%) of respondents said they felt their manager tended to support them when they were struggling with their workload, one in six (18%) said their supervisor “tends to blame or criticise me” in such situations.

That was one of a number of worrying findings about how supported social workers – 70% of whom said their morale had dropped since the start of the pandemic – feel at work.

While 77% said they received regular supervision, 36% commented that this was “based too much on targets”.

Less than half (48%) felt their supervision “provides me with emotional support, which helps me with my work”.

There was some evidence that pandemic working practices may have fuelled such concerns, with about six in 10 respondents reporting concerns over relationships with colleagues (62%) and more senior staff (57%).

About a third of respondents (34%) said that support from their employer or senior management had decreased over the pandemic, while 78% said their stress levels had increased over the same period.

“Very senior staff are not in the office and have no idea of the workload involved,” said one social worker based in the South West.

You cannot judge quality or staff stress levels through looking at targets alone.”

Asked about what action UNISON should be taken to address workplace pressures, social workers identified three key areas – better pay, better funding for the sector as a whole, and better work-life balance.

Common concerns The findings of UNISON’s survey were broadly consistent across different areas of social work, with a few percentage points at most separating the results from adults’ and children’s workers. Across both main groups 94% of respondents highlighted staffing shortages as a crucial concern.

Perhaps unsurprisingly given Covid’s impact on older people, adult social care staff (80%) were slightly more likely than children’s (76%) to say their stress levels had increased during the pandemic.They were also marginally likelier to express concerns about the level of service they could provide over the past two years (89% vs 85% for children’s workers) and looking ahead (92% vs 87%).

More children’s staff had though borne the brunt of verbal abuse (45% vs 37% of adults’ workers) and threats (16% vs 10%). But slightly more adult social care staff said they had faced emotional distress (47% vs 43% of children’s workers) in the job, which could include being disparaged by other professionals.

“Social workers’ skills and interventions keep people safe from harm and change lives, but there simply aren’t enough of them to deal with demand.

“New recruits and experienced workers are at breaking point and leaving the profession in their droves,” she added.

Steve Crocker, president of the Association of Directors of Children’s Services, said: Sadly, abuse against social workers is not a new issue but, let me be clear, it is unacceptable,” Crocker said. “If they are to do their jobs well, they need to be protected from harassment and abuse in all its forms and to be confident that should they experience this that their employer and the police will take appropriate action.”

He said protecting children and families required protecting the staff who worked with them, not only from harassment.

“Having caseloads that are too high, feeling stressed and not being supported with that clearly impacts on a social worker’s ability to form good relationships with children and families, do the job well and on their mental health and wellbeing.”

John McGowan, the general secretary of the Social Workers Union, linked the findings to budget cuts and underfunding.

“Some of the best protections from the impact of high turnover of staff are manageable caseloads and high quality, regular and reflective supervision, as well as improving administrative processes to enable for more direct work,” he added.

“However, these protective measures are harder to achieve against a backdrop of funding cuts and an increasing number of children and families in need of help and support.”

With the UK government considering its policy response to the recently published children’s social care review for England, led by Josh MacAlister, McGowan said the time was now ripe to “reverse the blame culture and give social workers respect and positive support, flexible and remote working through improved technology and being able to spend quality time with individuals and families”.

Crocker added: “Every local authority is working hard to recruit a permanent social work workforce and reduce our reliance on agencies, which has a knock-on effect on caseloads, but we still don’t have enough social workers to meet the level of need in our communities, and Covid-19 has increased that need.

“The independent review of children’s social care recommends a national recruitment strategy for social workers, and we urge the Department for Education to develop this and roll it out at pace,” he said. “This should also aim to promote greater understanding among professionals and the public of the important work social workers do.”