Inspectors identify signs of improvement at Wigan under stronger leadership, but North West authority loses 'good' status on back of practice inconsistencies

By Mithran Samuel on July 11, 2022 in Children, Social work leaders 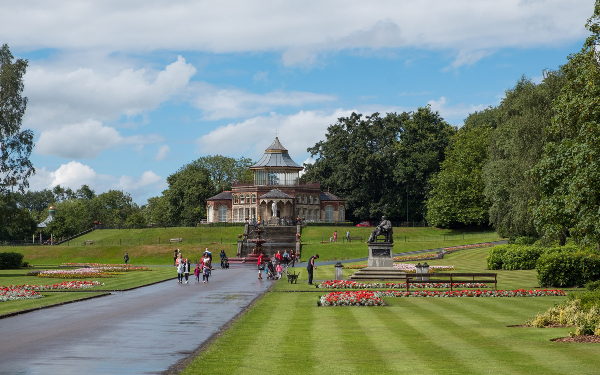 Inspectors said Wigan council had shown some recovery from a deterioration in practice following its last inspection, in 2017, when it was rated good, under strengthened senior leadership.

However, this was not enough to stop the inspectorate moving it down to ‘requires improvement’ across the board, on the grounds that the quality of practice – significantly criticised in three focused visits in 2019-20 – remained variable.

It linked this to the stability of the workforce, particularly Wigan’s reliance on locum social workers, which was a significant issue at the front door.

Leaders had invested significantly to create 40 new social work posts in order to reduce caseloads – which were criticised as too high in duty teams in a focused visit in January 2020.

However, following the inspection in May, Ofsted found that Wigan was reliant on four agency social work teams while permanent practitioners were being recruited to these additional roles.

“This has led to delays, drift in delivering against plans and frequent changes of social worker for children,” said the inspection report.

Caseloads, though reduced, were still too high for some practitioners, including some newly qualified staff in locality teams.

Just under a quarter of full-time equivalent social work posts were held by agency staff in 2020 and 2021, while the authority’s vacancy rate more than quadrupled, from 5.7% to 25.4%, from 2019-20, according to Department for Education figures (DfE).

While the same DfE figures showed turnover had fallen from 20.6% from 2019-20 to 11.7% from 2020-21, inspectors found the legacy of past staff churn had affected the quality of services children received and it remained an issue in some practice areas.

For example, basic social work tasks had not been completed for a minority of children who had entered pre-proceedings, including because of changes of social worker, while turnover also led to less meaningful visits to children in care by duty staff pending allocation of their cases.

Some assessments ‘too adult-focused’

Child and family assessments were of “mixed quality” with some too adult-focused and reliant on parental self-reporting of progress, with limited focus on positive changes for children.

This was also true of a majority of child in need and child protection plans, with involvement ending before practitioners had evidenced sustainable changes in families in some cases, and plans drifting without the impact on children being fully understood in others.

Ofsted found some improvement in relation to children in need of help and protection, for example, in section 47 child protection enquiries, the quality of which was strongly criticised at the January 2020 focused visit.

They were now thorough, considered current and historical risks and had actions that were clearly identified and carried out in a timely way.

Meanwhile, practice with disabled children had improved since facing criticism at the October 2020 focused visit, and was now “child-focused and individually tailored”.

In relation to children in care, Ofsted found social workers knew them well and their visits were mostly regular and purposeful and permanence was, generally, considered and timely.

However, life-story work was not completed for some children, meaning they may struggle to understand their histories, and care plans were not accessible or child-friendly.

While reviews were mostly timely and considered children’s basic needs, in some, independent reviewing officers did not offer sufficient challenge to drift.

Praise for PAs from care leavers

Care leavers praised the support they received from personal advisers, whom they said were responsive to their requests for emotional and practical support.

Pathway plans were mostly timely and up to date, capturing young people’s voices and being sensitive to their identity needs. However, for some young people, the transition to becoming a care leaver was not effective due to a lack of communication and co-ordination between workers.

Ofsted was generally positive about the Wigan’s children’s services leadership, under Colette Dutton, director since June 2020.

Inspectors said there was now “a clear focus and determination to make the necessary improvements for children”, underpinned by “a more accurate self-assessment of the improvement work required”.

Ofsted said that Dutton had sought external challenge, from a sector-led improvement partner and an independently chaired improvement board, which was monitoring progress against priority areas.

Quality assurance – criticised in all three focused visits – had improved, with the moderation of audits adding value.

‘We know we have more to do’

In response to the report, Dutton said she was pleased that Ofsted had recognised the improvements Wigan had made.

She added: “We know we have more to do and inspectors recognised that these further improvements are in areas that we are already aware of through our own performance analysis and strong quality assurance processes. We are confident that our plans will help us to provide the best services for our children and families.

“It is also really pleasing that Ofsted has acknowledged that social workers are positive about working in Wigan borough and told inspectors their managers are visible and supportive and they like the culture and the model of practice.

“The challenges facing children’s services across the country are well documented and I would like to take this opportunity to thank all of our workforce who have shown admirable commitment and dedication to working with our most vulnerable children through what has been a really difficult few years through the pandemic.”