Guide to the law on deprivation of liberty of children 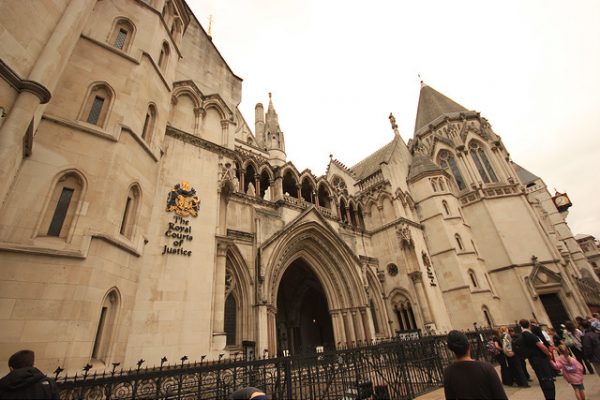 There are likely to be a number of children and young people with disabilities who are deprived of their liberty without lawful authority in foster homes, children’s homes, care homes, residential special schools, boarding schools, further education colleges with residential accommodation, hospitals and elsewhere. They have rights under article 5 of the European Convention on Human Rights not to be deprived of their liberty without legal authorisation. However, the Deprivation of Liberty Safeguards only apply to people who are 18 and over.

A deprivation of liberty will be lawful if warranted under statute, for example, under:

Any child can be sectioned under the Mental Health Act, but it is a very grave step to take. Clearly, other options are preferable. Local authorities are under a duty to consider whether any children in need, or looked-after children, especially those in foster care or in a residential placement, are subject to restrictions amounting to a deprivation of liberty. The Cheshire West criteria must be rigorously applied to the individual circumstances of each case.

The local authority must first consider whether section 25 of the Children Act (secure accommodation) is applicable or appropriate in the circumstances of the individual case. Section 25 allows for the placement of a looked-after child in accommodation provided for the purpose of restricting liberty. This will require an analysis of:

Irrespective of the means by which the court authorises the deprivation of a child’s liberty, whether under section 25 or what’s called the inherent jurisdiction, (a residual jurisdiction to make decisions for people who need it where there is no other framework) the local authority should cease to impose such deprivation as soon as either: (1) the section 25 criteria are no longer met; or (2) the reasons justifying the deprivation of liberty no longer subsist.

Children under 16 without care order

If a child under 16 is not under a formal care order, his/her parents can authorise deprivation of liberty in the exercise of parental responsibility, for instance, in a hospital, or NHS facility or day care or with a private foster carer, regardless of the child’s personal mental capacity. Logically, notwithstanding that the parents’ own consent negates the subjective element – the lack of valid consent – that is an essential part of the definition of deprivation of liberty, the above proposition might need to be reconsidered in light of the SRK case. This is because of the State’s own positive duties to keep purely private arrangements amounting to deprivation of liberty under human rights law – and an apparently benign parent may not actually be benign; but there is no known case raising that question at the moment.

If a child under the age of 16 is accommodated under section 17 or section 20 of the Children Act, the latter explicitly requiring the non-objection of the holder of parental responsibility, then the parent’s consent renders the deprivation of liberty not imputable to the State, even if the State is paying for the regime. In those circumstances, the court will not need to make any declaration as to the lawfulness of the child’s care regime (even if the child is not free to leave), because the regime has not triggered article 5 ‘process’ protection.

If a child under the age of 16 is under a care order or accommodated under section 20 as a prelude to child protection proceedings, then notwithstanding a parent’s consent, the inherent jurisdiction must be used for the lawful imposition of the regime in human rights terms.

If a child over the age of 16, lacking capacity to consent and not under a care order is deprived of his or her liberty, the commissioners must apply to the Court of Protection for authorisation. This is because the Mental Capacity Act’s coverage of 16- and 17-year-olds, even though they remain children, trumps the parents’ ability to consent to that which is otherwise not authorised.

Mr Justice Keehan, in Birmingham City Council v D [2016], which concerned a 16-year-old confined in a residential placement, said: “I have come to the clear conclusion that however close the parents are to their child and however co-operative they are with treating clinicians, the parent of a 16 or 17 year old young person may not consent to their confinement which, absent a valid consent, would amount to a deprivation of that young person’s liberty.”

Where a child (regardless of mental capacity) is the subject of an interim care order or a care order, it is extremely unlikely that a parent could validly consent to what would otherwise amount to a deprivation of liberty. In those circumstances, a local authority cannot consent, in sufficiently independent terms, to a deprivation of liberty either – albeit being the holder of parental responsibility – because it is also being the commissioner of the care regime.

As mentioned, section 20 arrangements for accommodating any child with foster carers, for instance, as a prelude to care proceedings, require the parental responsibility holders’ agreement. But the exercise of their parental responsibility rights would have been called into question in that context, so their consent could not be sufficient authorisation to avoid an article 5 issue based on a lack of valid consent. Use of the inherent jurisdiction is then necessary.

Mr Justice Keehan’s statement in the AB case (the forerunner to the D case) about this group of children needs to be read with real care, however. Having said that where a child is not looked after, the exercise of parental responsibility may amount to valid consent to a child’s confinement, he went on to say: “Where a child is a looked-after child, different considerations may apply, regardless of whether the parents’ consent to the deprivation of liberty.” More thought is required here because Mr Justice Keehan, in saying that if one is under 16 and ‘looked-after’, the Family Court must be applied to for authorisation, has perhaps overlooked that not all children accommodated under section 20 should be seen as having parents whose exercise of parental responsibility is ‘suspect’.

All such children count as ‘looked-after’ children, but the scope for section 20 duties does not merely cover those at risk of parental abuse or neglect – it extends to inability to provide suitable accommodation or care. It is unlikely that many ill or disabled children’s residential placements are properly seen as made under section 17 of the Children Act, (that being a mere power), when a duty could be regarded as having been triggered. So child aged under 16 could be placed in a specialist setting, with the agreement of his or her parent, under section 20, and parental responsibility would not have changed or been called into question. The parent’s consent to the explicit details of the care plan involving deprivation of liberty would still be valid, in my view.

If a child between 16 and 18 is lacking in capacity to consent or refuse accommodation under section 20, his/her parental responsibility holder(s) need to consent to the section 20 arrangement for it to be lawful. She/he or they would be (logically) consenting to deprivation of liberty, as parents – although scrutiny is still required by the MCA and that would at least make it a clear case for using the streamlined Re X type of application to the Court of Protection provided for by the new rules of court for an over 16-year-old.

For an under 16-year old’s deprivation of liberty that does require scrutiny from the Court – where there is an interim or full care order – the criteria for the High Court’s granting a local authority leave to apply for it to exercise its inherent jurisdiction, as set out in section 100(4) of the Children Act, are likely to be met. This states that the court may only grant leave if satisfied that: (a) the result which the authority wishes to achieve could not be achieved by any other order; and (b) there is reasonable cause to believe that if the inherent jurisdiction is not exercised the child is likely to suffer significant harm. Any unlawful deprivation of liberty is likely to constitute significant harm.

If a child between 16 and 18 is not lacking in mental capacity and is objecting to accommodation under section 20, his/her parents can (logically) give consent to authorise deprivation of liberty, as parents – but whether or not they would be upheld in that decision via proceedings in the Family Division of the High Court, is a moot point. We are not yet quite that American as to allow parents to consign objecting children to military-style bootcamps!

This is the last in a series of three linked articles on the law relating to deprivation of liberty from Belinda Schwehr that have been published in recent weeks. The first considered deprivations of liberty outside of the DoLS framework and the second provided guidance on applying the Supreme Court’s ‘acid test’, set out in the Cheshire West judgment. These were based on questions raised in Belinda’s training sessions and webinars.

More support on deprivation of liberty

Community Care Inform has a range of resources to support practitioners in practice relating to mental capacity and deprivation of liberty. Practitioners with a licence for Inform Children can access legal and practice support from our knowledge and practice hub on the MCA, while those working with adults can access our mental capacity and deprivation of liberty hub if they have a licence for Inform Adults.