Motivational interviewing: what it is and how you can use it in social work

By Ruth Hardy on June 27, 2018 in Inform Adults, Inform Children 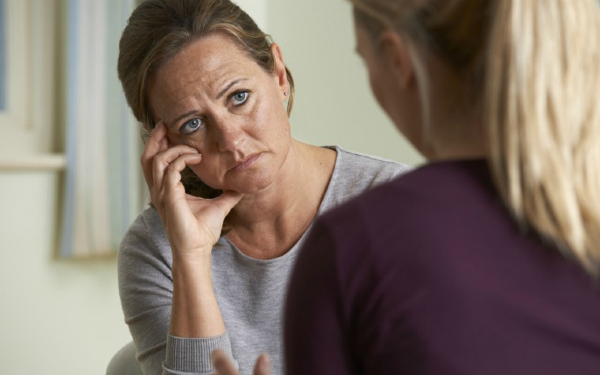 This article comprises excerpts taken from a new podcast on Community Care Inform about motivational interviewing (MI). The podcast features expert guests Lydia Guthrie, co-director of training organisation Change Point Learning and Development and a qualified social worker, and David Wilkins, social work lecturer at the University of Cardiff. The full podcast includes discussion of the research base for MI and improvised scenarios showing an MI approach in action, and is free to access on Spreaker and iTunes. Inform subscribers can access supporting resources including a written transcription, key points from the episode and learning activities on Inform Children and Inform Adults.

What is motivational interviewing?

Lydia Guthrie: “Motivational interviewing is an approach to being with people in conversations to support them to make changes in their behaviour. And one of the things that is really special about motivational interviewing is that it works in a way which balances being directive with also being supportive and non-judgemental. So it’s not the same as a pure counselling approach, where you might take the position of, ‘It’s not for me as the worker to have an opinion. I’m here to support you to work out what’s best for you.’ So it’s not that end of the scale. Nor is it the other end of the scale of, ‘You need to listen to me and do what I say, ‘cause I’m going to tell you what to do.’ It’s a way of working that very explicitly aims to sit in the middle, between those poles, and offer support and guidance.

It’s underpinned by a really important set of beliefs about how to work alongside people, which are really compatible with some of the key social work values, such as recognising that people are the experts in their own lives, recognising that it’s really important to focus on strengths, what resources people have, the changes that they have been able to make and issues about their value base and their identity.”

David Wilkins: “For me MI is both a set of techniques, a communication style, it’s a set of skills that you can learn and you can develop and you can practise, just like you can with other skill sets. So that’s things like using a particular language, using open questions, using reflections, affirmations […] So there’s a set of skills that people can learn, but it’s also exactly as Lydia said, a way of being with people. It’s a concept about actually how do people change and how do I help people to change, and there’s a kind of philosophy that underpins that, which is almost embodied in the skills but in some ways separate from them.

I think very high-level MI practitioners may end up using the techniques a little bit differently from how they’re set out in the textbooks, but actually it’s about embodying that philosophy that, ‘I’m here to help, I’m here to support. I am here to challenge but it’s about how I do that and why I do that.’ And it’s about not coercing or manipulating people. It’s about working alongside them – exactly as Lydia said – as human beings, and how would I like to be helped if I needed to change, and it’s bringing that philosophy alive, and that’s where the techniques come in as a way of doing that. But I think it’s not a set of techniques. It’s neither a philosophy. It’s the combination of the two.”

Four key parts of the motivational interviewing approach are known by the OARS acronym. Guthrie describes them:

Open-ended questions: Most social workers are really familiar with this idea of not asking closed questions, and instead asking questions which seek more information or ask someone to say something about how they view their world, to give information that isn’t previously known to the social worker.

Affirmations: This is when you offer the person you’re speaking to an observation of something that you’ve noticed that is important to them, either something they’ve achieved or a value they hold dear.

Reflections: These are not questions. It’s reflective listening, repeating parts of what the other person says, but not as questions. It’s really crucial that your tone of voice doesn’t go up at the end. It’s like taking a verbal highlighter pen to something that you’ve just heard the person say. You can do that on the contents of what they say, which is the simplest form, where you just repeat back some words. You can also do that on the meaning of what they say, or offer a feeling reflection, reflecting back to the other person an impression you’re getting of a feeling that they might be experiencing or something that really matters to them.

Summaries: You can be very strategic in what you summarise. Summarising the change talk that you hear, summarising the things that the person has said which indicate that they’re already thinking about changing or have already taken some tiny steps towards changing.

How social workers can work with domestic abuse, substance use and mental ill health
Council trialled assistive tech solution without informing family, ombudsman finds
Why the pressure to do the best for children might make social workers act around the law

5 Responses to Motivational interviewing: what it is and how you can use it in social work