By Alex Turner on July 12, 2018 in Children, Social work leaders 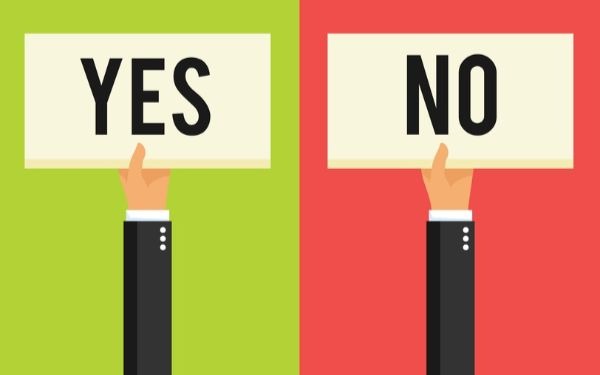 Social workers and service directors have told conflicting opinions on rising thresholds for children’s services interventions to an all-party inquiry, which has highlighted the postcode lottery increasingly faced by vulnerable children and families.

The inquiry by the All Party Parliamentary Group for Children (APPGC), the results of which were published this week, found considerable variation across English local authorities in the level of need children have to reach in order to access support.

It said financial pressures on local authorities were increasingly – and “unacceptably” – influencing practitioners’ decisions about whether to support a child.

“The findings paint an alarming picture of a system that forces social workers to consider available resources, alongside risk and need, when deciding whether they are able to support a vulnerable child,” said Conservative MP Tim Loughton, the APPGC’s chair.

Three-quarters of children’s services directors – 97 of whom participated – told the inquiry that children in need thresholds vary between areas. Two thirds agreed that a similar postcode lottery existed around the point at which child protection investigations are instigated, while half flagged differences in the point at which councils apply for care orders.

Frontline practitioners, 1,700 of whom were surveyed by the inquiry, pointed to rising thresholds across the board, with 70% saying that ‘child in need’ criteria had tightened. Half said child protection thresholds had gone up, with a similar proportion saying that the bar for a care order application had been set higher.

But a majority of directors did not feel that thresholds had risen – except in the case of early help, where 31% (compared with 67% of social workers) believed criteria had stiffened.

While the report did not draw solid conclusions as to why this was, it highlighted likely differences in perception between senior managers focused on policy, and social workers’ ground-level view of practice.

“The discrepancy between the perspective of frontline social workers and directors of children’s services could be symptomatic of a wider disconnect between frontline practitioners and local authority leadership,” the report warned.

It added that the high levels of staff turnover experienced by many local authorities could be heightening this effect by undermining any sense of shared purpose between people at strategic and operational levels.

The inquiry called for the Department for Education (DfE) to “develop a strategy to reduce churn in the children’s social work system [and] to strengthen the link between leadership and frontline practice”.

Kate Morris, a professor of social work at Sheffield University, told the inquiry there was a “mismatch” between issues families facing poverty were worried about, and social workers’ focus on risk.

“The inquiry heard that this mismatch is problematic, not only in the context of the level of mistrust it elicits between social workers and families, but because certain types of early help could actually prove invaluable for families trying to stay afloat,” the report said.

Members of the Care Crisis Review team, which recently authored another major report into children’s social care, added that the system was geared towards addressing the most problematic cases, rather than taking a “softer” approach. This was exacerbated by reductions in early help services, the inquiry was told.

“It results in a relationship between social workers and families that is focused on risk and is ultimately centred on the question of whether a child should be taken into care, rather than on the most appropriate level of support which could be provided to a family,” the report said.

It renewed calls for the DfE to consider proposals by Eileen Munro that a statutory duty be placed on local authorities to provide early help services – and said the government should use the budget this autumn to put interim funds in place.

‘Fabric of the system is degrading”

Responding to the report, British Association of Social Workers (BASW) England manager Maris Stratulis backed the inquiry’s recommendations, which she said echoed points raised on a daily basis by members.

“Large numbers of children [are left] on the fringes of social care, without the help they need,” Stratulis said. “The fabric of the social protection system is degrading.”

Stratulis added: “Changing public perceptions and ensuring children’s social care and social work can be beneficial, compassionate and helpful is made increasingly difficult when early help services are not available. These, alongside community and voluntary sector groups and organisations, are vital threads in the fabric of child welfare.”

Stuart Gallimore, president of the Association of Directors of Children’s Services (ADCS), said the report was a “welcome addition” to the debate around pressures faced by children’s social care.

“Local authorities are committed to providing as much resource as possible to support child protection work including by diverting funding away from other vital services but this is neither sustainable nor sensible,” he said.

“There is simply not enough money in the system for the level of demand we are facing,” Gallimore added. “Although we have welcomed money for local authorities to innovate, the answer will not be found in small pots of time-limited funding for some local authorities; rather, the whole system, particularly early help and preventative services, needs adequate, long-term, sustainable funding so we can meet children’s needs.”

Children and families minister Nadhim Zahawi said the government’s children’s social care reforms were improving services nationally, so that children would receive the same quality of support regardless of where they live.

“This government has made £200 billion available to councils for local services, including children’s services, up to 2020, and we are developing, testing and sharing innovative ways of supporting vulnerable children and families through our £270 million children’s social care programmes,” Zahawi said.

“These include projects that help families at risk of breakdown, reducing the need for child protection measures, repeat referrals to children’s services or entry to care.”

Zahawi added that thresholds were monitored routinely as part of Ofsted inspections, and said Social Work England, the new dedicated regulator, would help ensure all vulnerable children and their families received the right support.