The government has failed to grapple with the underlying reasons for the premature deaths of people with learning disabilities, writes Chris Hatton 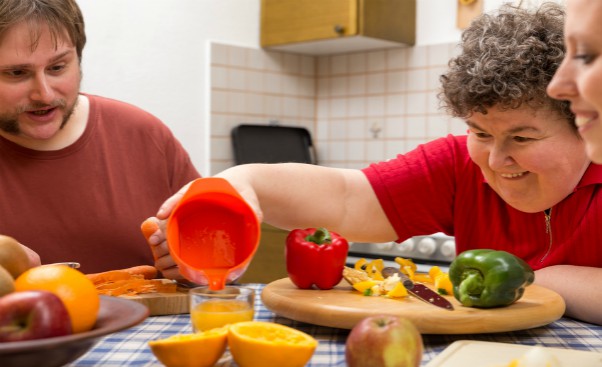 Last week (12 September), the government published its official response to the Learning from Deaths Review (LeDeR) report, and it appears a coherent plan to radically improve the chances of those living with learning disabilities is still lacking.

The much-anticipated progress report on the findings of LeDeR was finally published in May, six months after the report was finished by the team at Bristol University, the same group who ran the Confidential Inquiry into the Premature Deaths of People with Learning Disabilities. The aim of the team’s work is to create a national system for reviewing the deaths of people with learning disabilities across England.

Those working at the university made nine recommendations about what needed to happen to improve how people’s deaths were reviewed and to make a start on stopping the shocking scale of needless deaths experienced by people with learning disabilities.

Three months down the line and, presumably, nine months after initially seeing the report, the government’s response to the report looks at each recommendation in turn, outing actions at the end of each section.

This blog post examines the government’s response to three of these recommendations, discussing the potential of their suggested actions to change the lives of people with learning disabilities.

All people with learning disabilities with two or more long-term conditions, relating to either physical or mental health, should have a local, named health care coordinator.

This is a really important recommendation. People with learning disabilities are much more likely to have multiple health problems, starting earlier in life, than other people. These multiple health conditions are too often ignored or neglected, with massive implications for the person’s life.

Having someone who really understands you and knows about your health could help everyone make much better use of their time and support people to live flourishing lives. But this recommendation will require real political will and money attached to make it happen.

I think it’s fair to say the government’s response to this recommendation is pretty much absent. There are two actions outlined in its response, with the first being to disseminate the evaluation of the named social worker pilot programme.

The named social worker programme is at a relatively early stage (it has been piloted in nine areas so far) and part of the idea is for the social worker to help co-ordinate support. A bigger part of the role is to act as the guarantor of the person’s human rights. It’s really hard to assume this role is the same as, is consistent with, or will necessarily work well with people who have multiple health issues as a health care co-ordinator. I’m not clear why this is marked as an ‘action’ when the results of the pilot are already in the public domain – they were published in July 2018.

The second government action is to commission a “rapid review” of best practice in care co-ordination/key working for people with learning disabilities, to be done by March next year. This review will focus on health and wellbeing, supposedly helping to inform guidance for the NHS on care-co-ordination. Notice that, while commissioning the review is an action, writing the guidance isn’t.

Is identifying best practice enough? For me, it is crucial for these kinds of reviews to do more – to try and identify what it would take to get effective health co-ordination happening for everyone, and what stands in the way of that.

When health, social care and education services are routinely ignoring the law – just look at the Mental Capacity Act (MCA) – the approach of finding some examples of best practice and sharing them in guidance just doesn’t begin to touch the scale of the discrimination people with learning disabilities, and their families, experience.

This response seems to have gained the most positive press coverage because of the suggestion of introducing mandatory training for staff. But what has the government actually committed to here?

For me, elements of the recommendation itself are not totally clear. I am not sure what “learning disability awareness” training is, or whether it is more effective than other types of training in improving what staff do. The government response in this section is no clearer. It begins with this statement: “We agree that health and care staff should have access to learning disability awareness training. We will consult by the end of March 2019 on options for delivering this to staff.”

In my opinion, this sounds like it promises much but the detail is sketchy. This is despite the fact that there are several actions in this section, much more than in other sections on monitoring and auditing what’s actually happening.

The government response mentions that there is already a statutory duty to provide training for staff to do their jobs properly and draws attention to the already existing Learning Disability Core Skills and Education Training Framework, which was published in 2016. I’m not sure how much of an impact this framework has had on how staff are trained.

Many of the actions in the government response relate to this framework and, particularly, the most basic level of training (tier 1), which feels a little scattershot. For example, one action is for DHSC to simply “remind” organisations of their responsibilities when it comes to training.

Health Education England have been asked to develop and publish a tier 1 training offer by 2019 and audit learning disability training by June 2021. But, why does it have the luxury of such glacial timelines when Skills for Care are supposed to produce a “comprehensive skills and training audit of the social care workforce” by March next year.

Is it because DHSC have written round begging for different organisations to say what they might be able to do rather than developing a coherent strategy and pushing organisations to do what needs to be done?

The other big action in this section is that the government, “in conjunction with partners, will complete a consultation on proposals for mandatory learning disability awareness training” by March 2019, with the CQC monitoring this training as part of its inspection regime.

This sounds like there will be some form of mandatory awareness training for “relevant” staff, where the government will “strongly recommend” (but not require?) people with learning disabilities to be part of this awareness training.

This is more action than we have seen in response to other recommendations in the LeDeR report, but I think this part of the government response really suffers from a lack of analysis of why different groups of staff can behave so badly, and what is needed to radically change this.

Is an awareness deficit really the cause behind why some staff treat some people with learning disabilities so appallingly? What about directly tackling the discrimination and stigma? What about getting into the heart of basic training for doctors, nurses, applied health professionals, social workers, managers, commissioners and other staff groups? What about the environments people are working in – these surely make a difference?

All these issues go unacknowledged as issues at all, let alone issues that need analysis, proportionate action, necessary resources, and political will.

Local services strengthen their governance in relation to adherence to the MCA and provide training and audit of compliance ‘on the ground’ so that professionals fully appreciate the requirements of the Act in relation to their own role.

What to say about the MCA? Now entering its teenage years, but still frequently ignored and abused where people with learning disabilities (and lots of other people too) are concerned.

This recommendation focuses on the crucial importance of local governance, training, and the auditing of compliance as part of a strategy to make adherence to the MCA routine and less a function of the personal preference of any given professional. The government response states: “We acknowledge that more needs to be done to embed the principles of the MCA in everyday practice.”

The government response mentions a range of general initiatives that are happening, which relate to the MCA, with three specific actions included in this section. A more substantive action is for “NHS England to distribute additional best practice guidance on the MCA, learning disabilities and urgent care situations” by November this year.

Again, this will no doubt be useful as far as it goes, but I am not convinced the root of misuse of or failure to use the MCA is principally due to a knowledge deficit that will be radically transformed by best practice guidance.

The other action in this section is for the CQC, “to further develop inspection expertise to assess the quality of MCA application and practice”. This may be useful, but CQC inspection reports already mention frequently poor practice in relation to MCA. The bigger issue is the lack of consequence of non-compliance with the MCA. If the government took a lead on requiring the CQC to record a “requires improvement” rating for any service found not to be complying with the MCA I think we’d see bigger changes, and much faster.

A human rights-based approach is needed for social care staff and social workers to understand and properly apply the MCA, and to feel confident enough to challenge health professionals who don’t. Named social workers could play an important role in this, but the pilot programme needs to develop rather than morph into an ineffective health care coordinator role.

The headlines for this government response have been generally positive. But the detail of the response, and the actions the government has committed to, give me less confidence this is part of a coherent plan to radically reduce the chances of people with learning disabilities dying before their time.

Particularly worrying is the fact that some of the big recommendations, such as recommendation four about named health care co-ordinators, were in the original Confidential Inquiry report in 2013, with little being done in the five years since.

The pervasive discrimination faced by people with learning disabilities, sometimes from those supposed to support them, needs a clear-eyed and proportionate response if we’re going to get anywhere. I’m not convinced this government response is it – perhaps the forthcoming NHS England long term plan will deliver the goods?