Social workers ‘did not respond’ to risks murdered teenager faced 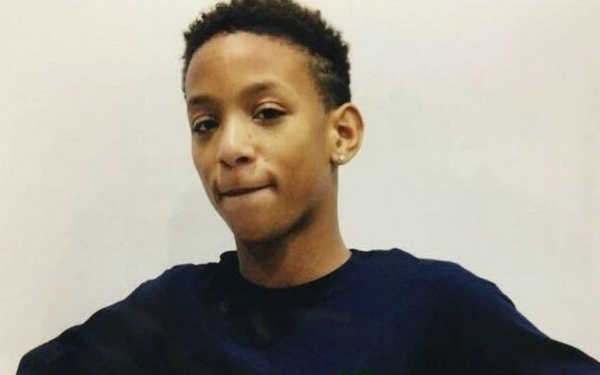 Social workers involved with a boy shot in an East London street in 2017 failed to respond to growing risks he faced from gang members, a serious case review has found.

The investigation by Newham local safeguarding children board, published last Friday, found professionals, including social workers, did not properly perceive 14-year-old Corey Junior Davis, who died shortly after the attack, as a victim of exploitation.

Social worker churn meant casework stopped and started as practitioners moved on, denying continuity of care and resulting in information not being shared at critical moments, it added.

“It is clear that despite concerns across agencies, relating to [Corey’s] vulnerability, systems in place at the time of his death did not effectively respond to [him] as an at risk child,” the review said.

‘In fear for his life’

Corey, who had been diagnosed with ADHD, lived in various temporary addresses before his family secured a tenancy in Newham with the housing association East Thames in 2011.

The move meant Corey was separated from primary school classmates in 2014, when he started at Forest Gate Community School in Newham. He was repeatedly excluded over the next two years before being referred in 2016 to a specialist unit, Tunmarsh school, where he was described by police as associating with older gang members.

Over the next 12 months concerns for Corey’s welfare ramped up, with several referrals to Newham children’s services being made that did not result in further action. During this period he was reported to have bought a “Rambo-style” knife and bulletproof vest, and in December 2016 told his mother he been pressured into selling drugs and was “in fear for his life”.

“Children’s social care records at this time note that evidence pointed strongly to [Corey] being groomed by older young people for the purposes of selling drugs and being involved in gang related activities,” the review said.

By early 2017 Corey’s mother had arranged for him to stay with relatives in South London while continuing “to report, in writing to children’s social care, being in fear for her son’s life and welfare”. While Corey became involved with Lewisham’s youth offending team after being arrested for carrying a knife, his case was not transferred to local children’s services.

In June 2017 Corey returned to Newham after falling out with his uncles and continued to work with youth offending services in the East London borough. Taxis had to be arranged to take him to and from appointments due to the potential risk he faced, with a group of other young people reportedly chasing him on one occasion. On 4 September, he was shot.

From the time Corey and his family got their tenancy in Newham, professionals shared concerns with the council’s children’s services on seven separate occasions, resulting in three periods of involvement.

Missed opportunities dated back, the investigation found, to Corey’s first involvement with children’s services in 2013, relating to concerns his mother had “physically chastised” him.

“It is clear from case records [Corey] was presenting with a range of emerging, yet complex needs at this time,” the review said. “The assessment states that [he] fabricated the reported incidents to ‘take the heat off him’ but his thought processes and motivation were not further explored, nor were the incidents it is inferred he tried to deflect attention from.”

Later, in 2016, an offer of support was made to Corey’s family. But they declined on the basis that it failed to “adequately understand or respond to the context of [his] behaviour and the underlying and complex risk factors at play within the community and home”.

The review found that by this point there were multiple issues requiring intervention. “A full assessment of family dynamics was necessary to put in place diversionary and early prevention when [Corey’s] problematic, potentially exploitative, peer associations were beginning to develop,” it said. “This did not happen.”

The serious case review identified a number of key omissions by children’s services during the final months of Corey’s life.

In November 2016, he went missing from home for a week, returning with “a number of high-value possessions”. Children’s services were made aware of this but no independent return interview was carried out. “[This] absence would indicate there is still work to do shifting professional perception from offender to potentially exploited child,” the review said.

The next month, children’s services became aware of Corey’s confession to his mother that he was being coerced into selling drugs and that she had destroyed a large bag of them. But no strategy meeting or assessment was triggered, despite “clear indicators of risk for both [Corey] and his family”, the review found, nor was information shared with Tunmarsh school.

Corey’s allocated social worker, who was employed via an agency, left in early 2017, meaning a police letter in support of rehousing was never forwarded to East Thames. After the social worker’s departure support “waned” when the teenager temporarily moved to South London, though he remained on Newham’s educational roll.

At various junctures multi-agency meetings took place, to which a manager from Newham’s children’s services was invited but did not attend, meaning assessments “did not keep pace” with escalating risks.

“At the point [Corey] returned to Newham, there was sufficient evidence to review the case and escalate to child protection as it was the view of the multi-agency partnership that he was at significant risk of harm,” the review said. “This did not happen.”

‘We did not understand’

The serious case review made 14 recommendations. These included delivering training around child criminal exploitation (CCE), ensuring that children who go missing in relation to CCE have access to return interviews, and exploring practice approaches “that address the complex needs of adolescents living with adversity and multiple, contextual and community-based risks”.

Responding to the review’s findings, the mayor of Newham, Rokhsana Fiaz said it was “clear that as a council we did not understand the risks to Corey’s life”.

“The fact he was viewed as an offender, rather than a child who was vulnerable, points to a flaw in our methods and a wider culture that views young people as criminals,” Fiaz said. “They are children and young people facing complex risks whom we have a duty to help, protect and safeguard.”

Fiaz added: “Under my administration we are now tackling these through a public health approach, better systems and a culture centred on exemplary safeguarding of our children and young people in Newham.”

Nancy Kelley, the chair of Newham’s safeguarding children board, said: “Work has already begun across the partnership to make sure practitioners truly listen to the concerns that children like Corey and their families raise, and provide effective and coherent support.”

She added: “Actions include providing training across the partnership on gangs and criminal exploitation, strengthening management oversight and providing reflective supervision in complex cases, and improving information sharing across agencies, all essential for reducing risk to Newham children.”

Why social workers should question the use and origins of ‘failure to protect’ in domestic violence cases
Are you underpaying your social workers and team managers?