Capita pulls out of social work awards sponsorship after protests 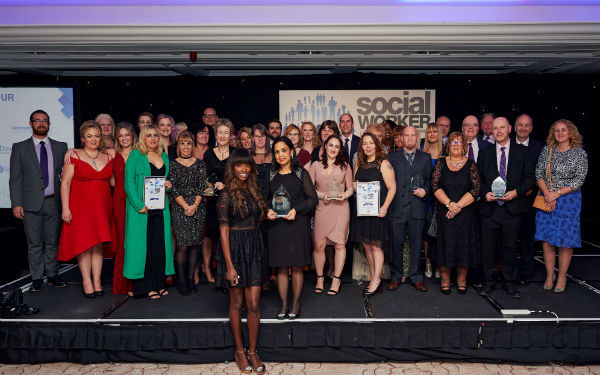 The winners of the 2017 Social Worker of the Year Awards

The outsourcing firm Capita has withdrawn its sponsorship of this year’s Social Worker of the Year Awards after a nominee and a judge protested against its involvement.

Earlier this month the charity in charge of the social work awards pledged to carry out an ‘ethics audit’ following the boycott by the Social Workers Without Borders charity, which had been shortlisted this year, and Nick Berbiers, who was on the judging panel.

Capita, a major provider of outsourced services to central and local government, has attracted regular criticism over its involvement in controversial work capability assessments and removals of people from the country, among other issues.

It had been listed as the sponsor of the ‘Championing Social Work Values’ award category, in partnership with Essex council. Capita carries out resourcing and recruitment functions for the East of England authority.

A statement by Social Workers Without Borders, which supports asylum-seekers and refugees, described Capita as being antithetical to social work values. “[It] is instrumental in dismantling our public services and in creating a hostile environment for migrant and non-migrant individuals and families alike,” the statement said.

Berbiers subsequently said via Twitter: “[Social work] is our identity, and we need to be very careful who we share it with,” adding that he stood by panel decisions he had been involved with but would not attend the awards ceremony.

But last week, the Social Worker of the Year Awards charity announced that Capita’s name had been removed from the sponsors list.

“No one wants a debate about sponsorship to overshadow the work of the Social Worker of the Year Awards,” the charity said in a statement on its website, which added that the Championing Social Work Values Award would now be sponsored solely by Essex council.

“The board of the awards is grateful for the support it has received and will continue to develop the values and ethics policy with involvement from BASW and other stakeholders,” the statement said.

Community Care has approached Social Workers Without Borders for comment on the decision.