By Ruth Hardy on November 8, 2018 in Inform Adults 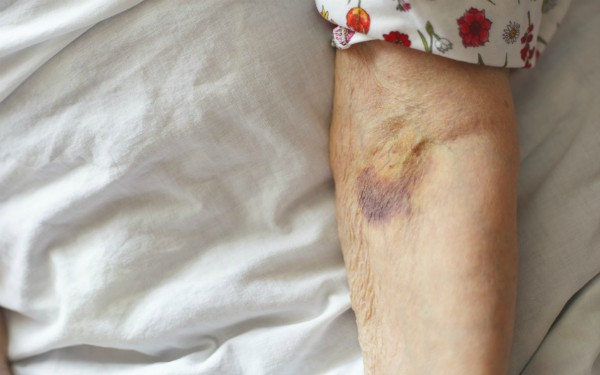 This article comprises of tips taken from a new guide on Community Care Inform Adults about working with adults with dementia in a safeguarding context. The guide is written by Kate Metcalf, senior social worker and best interests assessor. Subscribers can read the full guide as well as other resources on the dementia hub on Inform Adults.

Common symptoms of dementia include memory loss, disorientation, confusion, difficulty communicating, behavioural changes, low mood, and overall cognitive impairment, all of which can put a person at risk of abuse or neglect.

Concerns about neglect are common because dementia can hinder a person’s ability to speak out or can make them confused about what is going on around them. Vulnerability to financial and material abuse may arise because they may stop understanding bills or finances and entrust them to an unsuitable third party. People with dementia can be susceptible to psychological abuse because carers reach breaking point and can express their anger, perhaps by shouting or being unkind, and the service user may not understand this reaction or why it has come about.

Also, people with dementia are often targeted by abusers because they may be unable to say no or are easily overwhelmed by domineering characters. Dementia can erode a person’s communication skills, rendering them unable to summon help or speak out. They often feel lonely and may be more inclined to accept abusive behaviours than spend time on their own.

Additionally, the person may forget about the abuse and never report it. In essence, as dementia takes hold and progresses, the person’s self-protection mechanisms begin to fall away.

Build a relationship with the person and tailor your communication

Effective safeguarding and risk assessment depend on building relationships with the person with dementia. Practitioners can do this by communicating with the service user in a way that respects them and their cognitive status.

Tom Kitwood (1997) spoke of “malignant social psychology”, forms of care and support that eroded the personhood of an individual with dementia by, for example, infantilising them, providing information or asking questions too quickly (“outpacing”), or acting as if they were not there, for example, by asking the carer questions that the service user was better placed to answer (“ignoring”).

In order to get this right and to glean as many of the relevant facts from the service user as possible, seek answers to this tier of questions relating to their dementia:

Interview techniques are key to good safeguarding and risk assessment. Your relationship with the person will be determined by how well you communicate with them. Be careful to avoid outpacing or ignoring the person with dementia. Give them time to respond to your questions. Resist focusing your attention on others who may try and speak for or over them.

Someone with dementia who still has verbal communication may be muddled over what has happened. In these situations, a more generalised conversational approach is often better, such as “How are things in general? Is everything going ok?” This may help get the person to a place where they feel able to describe things that are troubling them. Ask simple questions, speak concisely and check that you have understood answers by briefly summarising what has been said.

Be careful with your choice of words. Many adults are unfamiliar with the legal terminology of the Care Act 2014 or the Social Services and Wellbeing (Wales) Act 2014 and with social work terminology in general. Some people struggling to process information because of dementia might feel anxious or frightened by words like “safeguarding” and “abuse”, despite these being the words drafted into the law governing this work.

Language problems are common in dementia, which is why patience and perseverance will often be required. Non-verbal communication can become increasingly important to the person as they start to lose language skills. Look out for their body language, which can be eloquent in conveying pain or fear.

Sometimes, safeguarding an adult with dementia will be about small wins, not trying to achieve everything in one visit. It can be about chipping away at the issues little by little, working vicariously through individuals the person already feels comfortable with. Be prepared to accept that you will not always get to the bottom of a problem immediately.

CQC warns councils of ‘credible risk of service disruption’, claiming future of home care provider is in doubt
‘I’d seen too much violence’: county lines networks and how services are struggling to respond

One Response to Safeguarding adults with dementia: top tips