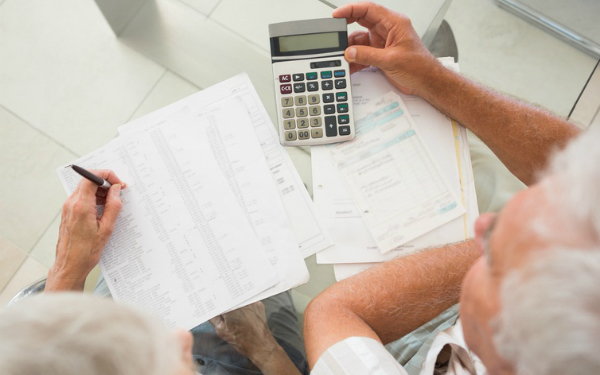 A local authority has agreed to financially compensate a couple after an investigation found it failed to properly explain to them how becoming special guardians would affect their finances.

A report by the local government and social care ombudsman concluded Bedford council had not enabled ‘Mr and Mrs X’, who were experienced professional foster carers, to make a fully informed decision.

Two young siblings, whom they were already caring for, were placed long-term with the couple in 2014 under a special guardianship order (SGO), an arrangement the council had persuaded them to consider.

Statutory guidance and Bedford’s own polices dictated the council provide detailed information about the implications of becoming special guardians, who, unlike foster carers, are subject to financial means testing.

But the local authority did not do so, concluded the ombudsman – which earlier in 2018 published a report highlighting the poor quality of advice and assistance given to special guardians by councils.

The watchdog also found Bedford council had failed to consult Mr and Mrs X about its proposed support plan, and had subsequently revised this without proper notice and reduced their payments, as well as keeping poor records.

A statement by the couple described their experience as a “traumatic ordeal”.

In response to the findings, the council offered to make back-payments to Mr and Mrs X to restore them to the financial position they would have been had they remained as foster carers, plus an additional £500 for time, trouble and anxiety.

It also said it would be updating its policies and procedures to ensure similar mistakes were not made in future.

‘Needs to be financially viable’

They took on the two young siblings in 2012, with the council starting to consider the couple as long-term guardians the following year.

Mr X said that from the outset he had told social workers that they would not wish to become special guardians if it meant a drop in income from the £300 per child they received as foster carers. No records of any such conversations could be found.

Meeting minutes from spring 2014 recorded that Mr and Mrs X had agreed to become special guardians – but did not show what was discussed or what other information had been provided to them.

In an April 2014 letter to Bedford council, the couple’s solicitor asked for confirmation that “there is a commitment to provide financial support at the current level (minus state benefits) until the children reach 18”.

But it appeared the SGO support plan – which said Mr and Mrs X would get their existing allowance minus child benefit and working tax credits – did not reach them until after the order had been granted.

Despite the wording of the support plan, in the wake of the order being made Mr and Mrs X initially received financial support at the same rate they had previously.

But in December 2015, after a financial assessment, the council wrote to the couple warning their allowance could be stopped unless they produced evidence that they were claiming any benefits they were eligible for.

It did not take any action until more than a year later, however, when it began deducting £150 a week per child from their payments.

This prompted Mr and Mrs X to contact the council saying they had been informed their allowance would not change – and, subsequently, to complain they had felt “bullied” into becoming special guardians and were now struggling financially.

“[Mr X] said he had told the council during the initial discussion about becoming a special guardian that he and his wife would not wish to do so if it meant a loss of income,” the ombudsman’s report said.

Bedford council declined to investigate Mr X’s claims further, and in January 2018 made further reductions to the couple’s allowance after another financial assessment.

In examining Mr and Mrs X’s case, the ombudsman said that the council’s records were “very sparse” but that there was no evidence to show it properly explained to the couple how their finances would change as special guardians.

Despite being chased by their solicitor right up until the SGO hearing date, the authority also failed to adequately consult them about the support plan, the watchdog found.

The ombudsman’s report said Mr and Mrs X could have “reasonably been expected” to realise they would need to claim benefits.

But, it added, there was nothing to demonstrate that the council had told them it would reduce their allowance down the line or apply any other means test.

Michael King, the local government and social care ombudsman, said special guardians perform a vital job and “deserve to have all the facts” so they can understand the implications for their lives.

“In this case, Bedford council simply didn’t follow best practice in advising, involving and consulting with the couple,” King added. “However, I welcome its acceptance of our findings and its offer to restore the family’s support.”

Responding to the ombudsman’s findings, a Bedford council spokesperson said the case would be discussed at the next meeting of the authority’s executive committee.

“We seek to provide high quality services and resolve all complaints that we receive,” the spokesperson said. “This is a complex case but we have put in place new ways of working to prevent this happening again.”

One Response to Couple not told of special guardianship money implications, ombudsman finds