Are these the six types of social worker? 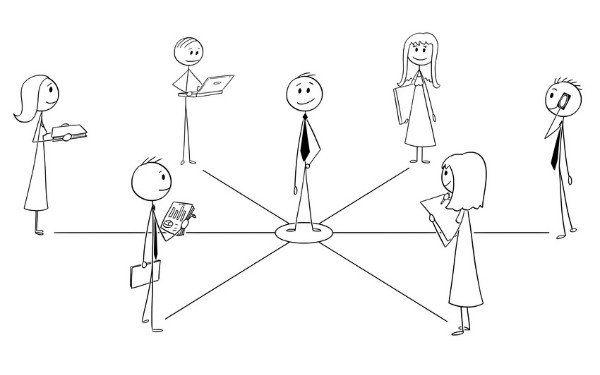 Recurrent themes shape our ideas about the social work profession: high caseloads, red tape within local authorities, accountability and the effects of austerity.

Our professional experiences in a local authority are defined by national politics and economics. For many practitioners, these are implicit factors which work in the background and rarely affect the way we work – “I’m just here to do a job” is a common sentiment I’ve heard.

The professional conduct and behaviours of a social worker are shaped by two things: their unique lived experience and the environment in which they work in. In my experience, it’s been interesting to observe and learn from how social workers react to this context and as a result, have come to a few suggestions about the ‘types’ of social worker that exist.

Take this with a pinch of salt but in my time, I have seen many social workers who I’ll try describing here:

Often the bleeding heart within the office who uses their experience of helping others to reassure feeling of self-worth within themselves. Behind their anger at authorities, whether politicians or the police, remains a desire to be an authority themselves – one that will direct the lives of others with benevolent authoritarianism. Though well intentioned, they fail to contextualise their work and battle on within a system that serves to evidence their own altruism. The impulsive helper is normally newly qualified or young in the profession and have kept hold of their ethical motives for doing the work they do. They become frustrated at the emotional disconnect they see in some social workers and offer us an uncomfortable reminder of where our hearts should be.

They have little understanding of the central values of the profession and live off of it by operating as a cog within bureaucratic structures. Hidden behind administration duties, their day consists of writing accurate case recordings to evidence that every question that needs to be asked was asked. They are bound by job security and have no desire to challenge the inequalities within the system. They are representative of the public stereotype of an inadequate social worker who is authoritative and determined to maintain the status quo. Unfortunately, every decision and assessment they make is plagued by echoes of horrifying serious case reviews and worries of making mistakes and accountability. They generally care deep down but have been browbeaten by the monster of public opinion and blame culture into conforming to the status quo.

They are a different brand of authoritarian who see themselves as a scientist or social behavioural expert. They believe they are making the world better by understanding people in view of a few theoretical approaches. Uncritical acceptance of these theories leads them to believe that every service user needs a diagnosis. They view themselves as essentially objective of the world in which they work  and are irritated by what appears as chaotic and irrational. Occasionally, this makes them intolerant to diversity of thought. Organisers are strong candidates for team leader and practice educator positions because they’re very good at drawing theory to practice links and helping others do the same. Their assessment writing is thorough, detailed and fits precisely into the framework of their employer.

They have occupied the middle position and are pragmatists who want to know what works and what doesn’t. They wear the mask of the organiser and conformist while remaining wary of the impulsive approach. They see change as a gradual thing and want to work within the system to support this, which makes them one of the most successful professional social workers.

Rebels know what’s wrong with the world and want to lead people towards changing it, taking the risks necessary to do this. They are limited by the structure of the local authority and eventually conform to it or leaves the profession. In today’s language they are slurred by being called a social justice warrior but what remains important to them are the values of social justice and welfare.

Comfortable with the ambiguities of life and rarely seen within a local authority, they are comfortable in an environment which asks the greater questions on purpose and existence. Humble in their advice and aware of their own limitations, wayfarers rarely make universal claims, and if they do, they acknowledge their subjectivity. They do not have the answers to all questions but have learned to listen to and live with the uncertainties of life. They appreciate the importance of challenging inequality like rebels but differ because they want to aid people to reconstruct how they think about the world instead of squashing explicit inequality.

Of course, we have shades of each of these characters in us at various stages of our career. The sad part is that we can get stuck in one stage and remain unchallenged if the requirements of the job are simply met while in it.

However, the existence of these characters raises questions about the working context that shapes us. Is social work within a local authority a space for us to be seriously reflexive about our role and duty? Can we do this and manage the expectations of work?

Is there a detachment between social work ethics and professional practice, if so, what does this mean for our professional identity?

Local authority social work, in my experience, has lost its identity which was born from principles of welfare. What remains is an arm of the government with politically skewed definitions of care, independence and wellbeing. In such politically defined working environments, it does not surprise me that practitioners have moulded in to professional characters that might decide whether they stay in local authority throughout their career. Reflecting on our characters we might guess that the impulsive helper is a candidate for emotional burn out; the conformist, somebody who plateaus as a level 3 social worker and spends a career in the local authority; the organiser and solid plodders, with their attention to some theory make good team leaders; the rebel’s frustration might lead them to the charity sector and the wayfarer may evolve in to a detached academic.

What shapes the environment?

The evolution of services is predicated on these people but a conversation about the politics that shape the environment is not happening in the right places. If practitioners are expected to evolve then so to should the context in which they work by a serious reconsideration of its espoused ambitions. Of course, none of this would be an issue if our theoretical base did not espouse ethics which practice fails to deliver on.

An explicit knowledge of the political landscape that shapes our working context needs to form the foundation of training new social workers. I believe the following questions are a good place to start: How do right, left or centrist politics shape social policy? What effect does this have on the working environment, methods and professional character of social workers?

If these were discussed in the right place social workers might have a greater self-awareness of what we’re actually doing and achieve structural changes that will trickle down to practice. But if ignored, systems of working will continually be recycled and the alleged inadequacy of social work will perpetuate.

Anjum is a social worker working in a mental health charity and a trainee CBT therapist.

10 Responses to Are these the six types of social worker?