Upper and lower capital limits have remained at same level since 2010, forcing more and more people to self-fund or pay charges for care 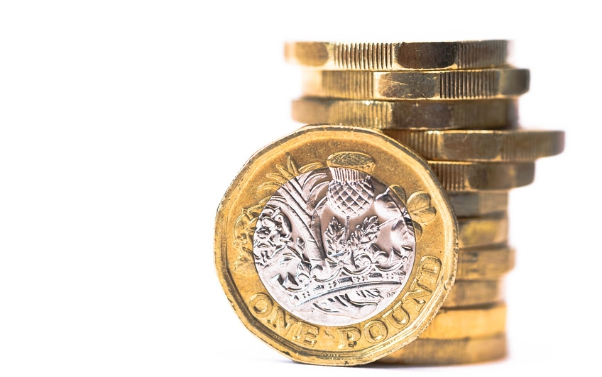 More people face paying the full price for their care after the government opted to freeze charging thresholds for a ninth year.

The upper and lower capital limits, which determine who must pay the full cost of their care and how much others should pay from their assets, will remain at the same level in 2019-20 as they have done since 2010-11, the government announced last week.

Threshold rates were 12% lower in real terms in 2018-19 than they were in 2010-11, a 2018 study into the problems of the current social care system by the Health Foundation, the Institute for Fiscal Studies, the King’s Fund and the Nuffield Trust found.

Social care experts have warned that the government’s failure to increase financial thresholds could force more older people into hardship by requiring them to fund their care.

What does the guidance say?

The Department of Health and Social Care last week issued its annual circular on charging for care and support, which specified that the lower and upper capital limits would remain at £14,250 and £23,250 respectively in 2019-20, meaning that individuals with less than £14,250 in assets (in most cases, including their home) do not have to pay for their care from their assets.

Their fees are paid by their local authority, though such individuals must contribute to this from their income – including most state benefits and pension income but excluding any earnings – so long as they are left with a weekly personal expenses allowance (PEA) of £24.90 per week in a care home. This allowance could be used to pay for items, such as toiletries or reading materials.

The PEA has remained at this level since 2015. Outside of a care home, people must be left with the so-called minimum income guarantee (MIG), which has also been frozen since 2015.

If an individual has assets worth more than £23,250, the upper capital limit, they must pay the full cost of their residential care without help from the council.

Capital includes buildings, land, savings or shares, but the regulations around charging and financial assessment specifies that certain assets are disregarded, such as those derived from a personal injury award.

Where a person owns their own home, this is generally taken into account when they are admitted to a care home as a long-term resident, unless the property is occupied by certain loved-ones or relatives.

For those not in a permanent care home placement, the same capital limits apply as minimums, with local authorities able to be more generous.

Senior fellow at the King’s Fund Simon Bottery called the decision to freeze financial thresholds for another year “policy making by inertia”.

“Even in 2010/11, the thresholds weren’t generous and, essentially, by not raising them, and allowing them to drift down and not increase in line with inflation, the thresholds are gradually becoming less and less generous, or more and more mean depending on how you look at it,” he added.

“If people aren’t eligible for state funded care, paying themselves, relying on their friends, or going without are the main options and there will be more people in that situation than ever as a result.”

Bottery also said the government’s refusal to increase threshold rates was a “symptom of its failure to address broader social care policy” – a reference to its long overdue green paper on reforming funding.

“Thresholds have been allowed to drift down in real terms at the same time as there’s been an almost total lack of decision about where we want to go with general social care policy,” he said.

“We think we should be moving towards making personal care free, starting with the very highest needs, but there is no government policy, there are no decisions and we’re scrabbling around waiting for what is only going to be a green paper consultation document and we’re two years late on that.”

Additional strain on the system

Director of policy and influencing at Independent Age George McNamara described the decision to freeze thresholds as “extremely bad news” for those relying on council-funded care.

“The government’s decision to freeze social care threshold rates has put additional strain on a social care system that is already in crisis, isolating and forcing more older people into hardship.

“There are huge benefits to an increase in thresholds [and] having more money in their pocket can make an enormous difference to an older person in a care home who has very little disposable income.

“Being able to make decisions and pay for things that are good for their own wellbeing is not only beneficial to an individual’s health, but also helps to boost confidence and a sense of independence.”