Watchdog lambasts local authority for undermining trust of carers, who made second complaint regarding lack of appropriate support after councils’ failure to action ombudsman’s initial recommendations in full

By Mithran Samuel on May 8, 2019 in Children, Mental Health 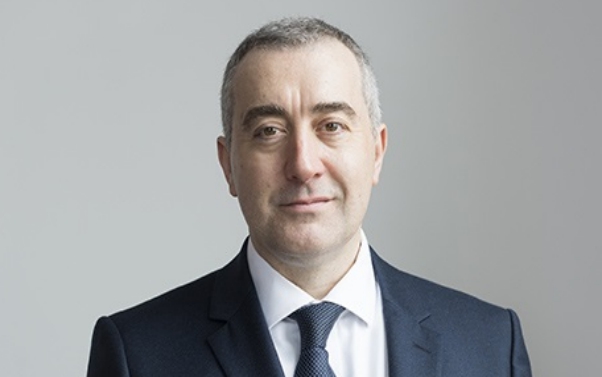 A council ‘reneged on an agreement’ with the Local Government and Social Care Ombudsman by failing to implement in full the watchdog’s recommended changes in support for two vulnerable siblings in a special guardianship placement.

The ombudsman said Lancashire council had undermined the trust of the special guardians after they had to make a second complaint about the authority’s failure to provide appropriate support for their nephew and niece, because agreed changes from the ombudsman’s first investigation had not been actioned.

Issuing a second report within two years on the case, both of which found the council at fault for causing injustice, the ombudsman, Michael King, said: “It is extremely disappointing that the council failed to implement all our previous recommendations within a reasonable period of time and, in that failure, reneged on an agreement with us.

“This undermines the complainant’s trust in the council and calls into question [its] willingness to accept fault and put it right.

The two children, known as V and W, moved in with their uncle and aunt, Mr and Mrs B, in December 2014 under a special guardianship order, after having been in foster care.

The council set out a support plan which established what services would be provided to them, and agreed to pay Mr and Mrs B £253.95 a week – equivalent to the basic boarding out rates for fosters carers – which would be reviewable annually based on any change in circumstances.

The plan did not identify any need for therapeutic services or respite care. No training was identified as necessary for Mr and Mrs B, though some had been identified by child and adolescent mental health services (CAMHS) and social workers

However, soon after the children went to live with Mr and Mrs B, they began to make disclosures about the treatment they had both experienced when they lived with their mother and said they had been assaulted by their previous foster career.

W exhibited concerning sexualised behaviour to the extent that professionals considered it was not safe for the children to be left alone together. This caused a lot of pressure on Mr and Mrs B, who had to change their routines to ensure they were always available to W.

A CAMHS report in May 2015 highlighted a number of issues with the children, including diagnoses of post-traumatic stress disorder (PTSD), attachment disorder, autism, attention deficit hyperactivity disorder (ADHD) and learning difficulties, all of which post-dated the 2014 support plan.

In January 2016, the council accepted it would have to provide respite care for V and W but struggled to identify a suitable location for W because of his significant sexualised behaviour, but also did not provide respite for V.

Following the disclosures, the support plan was reviewed in a report by an independent social worker, on behalf of the council, in October 2016.

The social worker thought Mr and Mrs B should receive additional funding, but the council said it could not do so because it only paid a flat fee to special guardians.

In September 2016, Mr B complained to the ombudsman, claiming that the council had failed to provide help and support for V and W. He added that after the SGO was granted, the council failed to assess their needs or provide additional support.

In August 2017, following the ombudsman’s first investigation, Lancashire council was found to be at fault for a number of failures, causing injustice to Mr B and Mrs B. The council agreed to the watchdog’s 11 recommendations, which included:

However, in February 2018, Mr B complained to the ombudsman again, claiming it had failed to implement some of the original recommendations. He was also critical of the way the council had communicated with him and said a new report on the family’s needs was not sufficiently thorough.

Following a second investigation, the ombudsman found that, while Lancashire had implemented most of the original recommendations, some had not been actioned.

Firstly, the council did not conduct a training needs analysis for Mr and Mrs B. While some training, on sexualised behaviours, had been provided by the council, other recommended or requested training had not been. The ombudsman said that an analysis would have determined what training was necessary and that the council was at fault for failing to carry one out.

It said the council should carry out a needs analysis without delay and apologise for its failure to do so before.

Secondly, while respite was provided for V, respite could only have been arranged for W following a risk assessment. However, while the council agreed to do one it delayed doing so, which the ombudsman said was a fault, as was the failure to provide appropriate respite in line with the watchdog’s original recommendations.

Now the risk assessment had been carried out and its findings available, the ombudsman said the council should take steps to arrange a suitable placement for W within a month, and pay the family £250 each month until it identifies somewhere appropriate.

The council’s failure to complete a risk assessment to determine if W could receive respite care was also identified as fault by the ombudsman.

Thirdly, the ombudsman found that the council had not made a clear decision on the level of financial support Mr and Mrs B needed. Initially, following the original ombudsman report, the council said it could not pay additional money because its policy was to pay special guardians at a set rate. The council then undertook a full assessment of the family, including a means test, but the ombudsman found that it was at fault for the delay in doing so.

The council then accepted that Mr and Mrs B were entitled to payments equivalent to ‘tier 3 foster carers’, which would attract £415 a week for W and £377 for V, inclusive of certain benefits. However, the ombudsman found that the council was not specific about the financial support it would provide the family, giving Mr B contradictory information about what it would provide.

The ombudsman said the council should backdate the correct allowance for the family to October 2016 and make these payments without delay, apologising to Mr and Mrs B for its failure to do earlier.

Other recommendations made by the council, to be implemented within three months of the report, was for the council to pay Mr and Mrs B £300 for the distress caused by the delay in deciding to conduct a new assessment of the family, the delay setting up the assessment and the delay in identifying what support it would provide to the family.

Now that V has turned 18, meaning her special guardianship order has expired, the ombudsman recommended that the council calculate what support the family was entitled to now W was the only child in the home. It should also consider, with the council for the area in which the family now live, what support Mr and Mrs B will need to support V in the holidays.

Shortcomings to be addressed

A spokesperson for Lancashire council said: “We are very sorry for the distress our failings have caused and we have apologised fully to the person involved and their family.

“We accept the actions recommended by the Local Government Ombudsman and have drawn up an action plan to address the shortcomings identified in the report.”

‘Eight months in, I feel pessimistic and tired, and I wonder if social work will be the career for me’
Senior leaders’ failures see council drop from ‘good’ to ‘inadequate’