‘Eight months in, I feel pessimistic and tired, and I wonder if social work will be the career for me’ 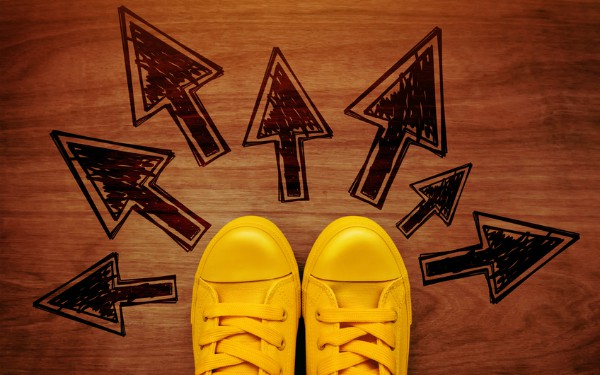 Like thousands of other newly qualified social workers, last September I embarked upon my Assessed and Supported Year in Employment (ASYE), marking what I hoped would be the beginning of a challenging and fulfilling career.

In theory, the ASYE is supposed to be a comfortable middle-ground between education and qualification, a chance to find your feet before caseloads and complexities really step up, with an emphasis on support and training throughout. In a local authority that has recently been deemed to be ‘inadequate’ by Ofsted, however, this has very rarely felt like a reality.

Eight months in, I feel pessimistic and tired, and I’m left wondering how much longer social work will be the career for me.

After finishing my qualification in the summer, I was itching to move into practice. I was relieved to have passed all my assignments, and felt, maybe naively, that my placements had given me a solid foundation to start building my experience. I felt particularly grateful to be returning to a local authority where I’d spent time on placement and hoped the familiarity would help me hit the ground running.

It wasn’t long, however, before this optimism started to fade. My ‘capped’ caseload lasted for a month. Since then, I’ve constantly had more cases allocated to me than the supposed limit. Particularly with such limited experience, I often feel like I’m failing to give each family the time and quality of work that they deserve.

Read more about social worker experiences of the ASYE
– ‘I hate being a social worker but I’m not trained for anything else’: how social workers struggled with the ASYE
– 49% of ASYE social workers promised a protected caseload don’t have one, survey finds
– ‘It’s really hard to protect an ASYE’s caseload, but if we don’t, the programme falls apart’

When I raised this with my manager, their response was to point me towards other social workers who had more cases than I did and were managing.

This has been part of a familiar pattern for supervision, where I and others have been made to feel guilty for raising our fears and anxieties. Supervision itself has often been delayed or cancelled, and I was surprised to find out recently that it’s supposed to have happened once per fortnight.

I don’t think that this is necessarily the fault of my own or other line managers, as it fits into a much wider feeling that the whole local authority is stretched to breaking point. Caseloads are high across the board, and particularly during the Ofsted inspection itself, there was a really noticeable sense of anxiety going around.

Before I came to social work, I’d spent time working in schools, and I knew from this how exhausting the time around an Ofsted inspection could be. What struck me about my experience during my ASYE, however, was the way that this pressure filtered all the way down to ASYE participants like me, and even students on placement. I’d prepared myself for the fact that an upcoming inspection might have an impact on my first few months of practice, but I don’t think I’d grasped how much of a culture of fear and recrimination it would create.

In the months before, ‘Ofsted’ felt a bit like a monster that was used to frighten naughty social workers into making sure every email and phone call was duly noted. It was easy to forget that the inspection was supposed to reflect the effectiveness of the service as a whole, and not to single out individual workers whose plans were written-up late.

This sort of environment often means that I’ve felt the learning aspects of my ASYE have been minimised or forgotten. Although I’m lucky to have been involved in a diverse range of cases from Child in Need to Looked After, I’ve rarely found the time to reflect or consolidate my learning.

Instead, I’ve often felt seriously out of my depth, or like I’ve been given responsibilities that I’m not properly equipped for. What makes this even worse is that I’ve often felt like I don’t know who I can turn to for guidance, with managers and experienced social workers stretched to the limit with their own work.

I know that I’m not alone in feeling like this, and the morale amongst my ASYE peers has been dipping for a while now. Lunches and coffee breaks frequently turn into group support sessions, and I know that several of my colleagues are seriously considering leaving before they’ve finished the programme.

It’s been months since I felt able to use my study days to go on training or to catch-up on some academic reading, and instead I often find myself using them to make sure that my emails are all caught-up and my case notes are up to scratch. The ASYE was billed as a protected time to learn and grow, but it’s been a long time since I’ve felt like I have the space to properly reflect and adapt.

During the inspection, I and other ASYE social workers felt a real disconnect between the messages of optimism we’d been hearing from senior management, and the months of experience we’d had of feeling overworked, out of our depth and undervalued.

In some limited ways, I suppose, the Ofsted report was a relief: it was a relief to know that this isn’t the way social work is supposed to be.

This article was written by a social worker in their assessed and supported year in employment.

I’ve had the same manager for 12 years, so I’ve never seen a need to leave
Council ‘reneged on agreement’ with ombudsman by not making changes to special guardianship placement

15 Responses to ‘Eight months in, I feel pessimistic and tired, and I wonder if social work will be the career for me’