Pathological demand avoidance: what is it and why do social workers need to know? 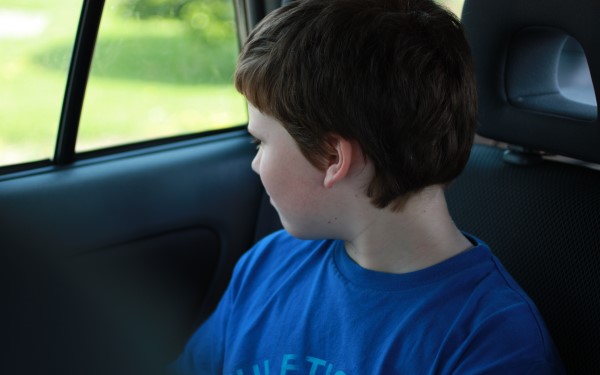 Increasingly in my work, I’m coming across young people and adults whose presentations are complex – they might have a combination of autism, attention deficit hyperactivity disorder (ADHD), dyspraxia, hypermobility and dyslexia, to name a few. Whereas some individuals have an existing diagnosis or multiple diagnoses, in other cases they have no diagnosis at all.

Whilst all cases are unique, there’s one thing that all these individuals seem to have in common – traditional parenting or conventional behaviour strategies, even those recommended for autism spectrum disorder (ASD), don’t work.

Parents often tell me that their local authority has recommended they attend a weekly parenting course so they can learn to set appropriate boundaries and manage their children more effectively. These efforts are sadly often counterproductive and futile. Many parents are told that there’s nothing wrong with their child and that their parenting is at fault, with professionals suggesting how parents can rectify their perceived ‘inadequacies’.

When their needs are reassessed during my involvement with these children and their parents (or adults and their families), their presentations are often found to be best described as a pathological demand avoidance (PDA) profile of autism.

PDA is defined by Newson et al (2003) as “an obsessional avoidance of the ordinary demands of everyday life” and it is now recognised as part of the autism spectrum, a view endorsed by the National Autistic Society. ‘Demand avoidant behaviour’ is included in the National Institute for Health and Care Excellence (NICE) pathways guidance as a sign and symptom of possible autism.

The National Autistic Society includes the following as distinctive features of a demand avoidant profile:

Individuals who present with this diagnostic profile are driven to avoid everyday demands and expectations to an extreme extent. Their demand avoidant behaviour is rooted in an anxiety-based need to be in control. PDA is a lifelong condition; with the right support, people can learn to manage their anxiety levels by using sensory approaches to self-soothe and finding socially acceptable ways to avoid or navigate anxiety-provoking situations. However, this takes trial and error, time and persistence to achieve.

Janet is mum to six-year-old Lucy, who has a diagnosis of ASD with a PDA profile. When asked about Lucy’s PDA, Janet commented:

“If Lucy doesn’t want to do something, it’s impossible… She is fearful of other children … When Lucy arrived at school, she would sit in the car and she was unresponsive. There was nothing I could do to coerce Lucy out of the car.”

Janet told me she can’t ‘force’ Lucy to take part in activities she doesn’t want to do. Consequently, Janet was ‘threatened’ by her local authority with prosecution for her daughter’s non-attendance at school.

Janet was advised by Lucy’s school and her social worker to do everything in her power to get Lucy to attend. She found herself in the position of being told to wrap Lucy in a blanket (as Lucy refused to wear clothes due to her sensory differences) and carry her to the car, with Lucy kicking and screaming. When Janet told the local authority about how unhappy she was doing this, no alternatives were offered.

Lucy was diagnosed privately as having autism with a PDA profile, but the local authority refused to accept this. They believed Lucy was a victim of fabricated or induced illness (formerly known as Munchausen’s by proxy), and child protection proceedings were instigated with a view to Lucy being accommodated by the local authority under section 31 of the Children Act 1989.

Confusion with fabricated or induced illness

Fabricated or induced illness (FII) is a rare form of child abuse where the carer, usually the child’s biological mother, fakes or causes the symptoms of illness in their child. At the low end of the spectrum, the parent or carer may fabricate accounts of the child’s illness – not directly harming the child, but instead, giving a convincing but untrue account of the illness. The next step up is falsification, where the parent/carer manipulates evidence of the child’s illness. At the most extreme end of FII, deliberate harm is caused to the child with the effects misrepresented by their parent or carer to medical professionals. In 2008, the government published Safeguarding children in whom illness is fabricated or induced, which describes FII as “a relatively rare form of child abuse”. A study in 1996 found that incidence of FII in children under the age of 16 was 0.5 per 100,000 (McClure et al, 1996).

There are many women like Janet who are wrongly accused of perpetrating FII – primarily because the diagnostic criteria for FII can be easily and readily attributed to the parent of a child with a PDA profile of autism. With PDA, the child’s history, physical, or psychological presentation can show discrepancies with the findings of examinations, assessments or investigations. They may also have one or more of the following:

The parent/carer can also often present as very knowledgeable about their child’s condition (usually because they have been searching for a long time for answers to help them with their child’s complex presentation) which further compounds the suspicion of FII (Royal College of Paediatrics and Child Health, 2009).

“The wider need to educate health, care and education professionals to consider the possibility of autism in parents where there are expressed concerns about the excessive ‘medicalisation’ of their children. Professionals need to be vigilant and consider all possible explanations for parents’ behaviours before moving to suggest FII, in particular when their children have a diagnosis of autism.” (Gullon-Scott and Bass, 2018).

Most parents/carers of a child with a PDA profile of autism are at a loss to understand why traditional parenting approaches are unsuccessful. When they seek to implement sanctions to promote desirable behaviour, their child will become inordinately distressed and sometimes extremely aggressive towards caregivers. Children with a PDA profile often present differently according to their environment. Thus, a child might mask their difficulties in school and, when they return home, their behaviour manifests to extreme proportions.

In my experience, the key to supporting parents who have a child with PDA is for professionals to really start to understand the PDA presentation rather than requiring parents to repeatedly engage in parenting courses to learn and relearn parenting approaches which will not work.

‘a great sense of relief’

As an independent social worker, I was contacted by Janet and asked to assess Lucy for the purpose of informing her education, health and care plan (EHCP). I assessed Lucy in her home environment over a two-day period observing her behaviour and interactions with her mother and the environment. What became increasingly apparent was that Lucy had extreme sensory processing differences – she repeatedly removed all her clothes each time Janet dressed her – and that Janet was doing everything she could to provide good enough parenting for her daughter. Janet welcomed the opportunity to talk to me about her experiences; often parents feel a great sense of relief when their experiences are listened to and validated. During my assessment of Lucy, I wondered whether Janet might possibly be on the autism spectrum too and we discussed this openly.

I helped Janet to develop her own plan to secure an EHCP which would appropriately and robustly meet Lucy’s needs. Janet engaged an excellent solicitor and, finally, after two years of attending child protection meetings, where Janet’s parenting was repeatedly called into question, it was decided that her care for Lucy was not a cause for concern and the plan was stepped down. During this period, I provided Janet with telephone support and was able to reassure and encourage her when she believed nothing would ever change. Lucy has since received home tuition as part of her EHCP and is now preparing to transfer to a specialist residential school for children with autism.

Why practitioners have much to learn about PDA

When supporting individuals with a PDA profile of autism, it’s important for practitioners to listen to what the person and their family tell you, rather than going into an assessment of their care and support needs with preconceived ideas about what to expect. It is about learning to recognise when parents have genuinely exhausted their internal resources to support their child, and finding ways to help them do this and promote their wellbeing, as opposed to undermining and vilifying their parenting abilities. Parenting a child with a PDA profile of autism can be exhausting and so often, as well having their parenting style scrutinised, parents/carers are left feeling they are ‘wrong’, when the reality is many professionals have much to learn about PDA.

Cathleen Long is an independent social worker primarily assessing children, young people and adults who are on the autism spectrum for First-tier Tribunal (Special Educational Needs and Disability), Court of Protection and judicial review cases. She also undertakes parenting assessments, where one or both parents have additional needs.

Wednesday 15th May is PDA day 2019, helping to raise awareness and encourage recognition of good practice in relation to PDA.
#PDAday
PDA Society

7 Responses to Pathological demand avoidance: what is it and why do social workers need to know?