Is the personalisation of social care stalling – and why are more working-age people in care homes? 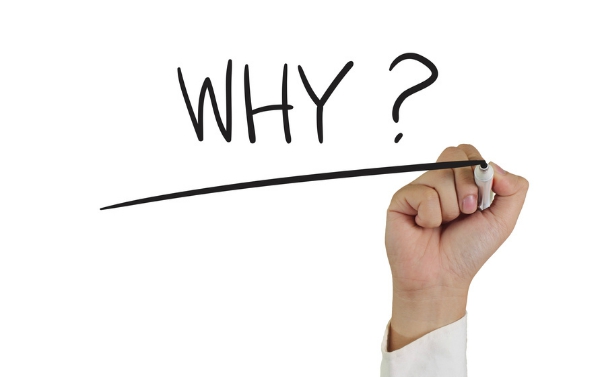 What has been the biggest success story for local government during nearly 10 years of austerity?

If we take the figures in the King’s Fund’s Social Care 360 report released at the end of April at face value, a candidate might be the continuing high levels of satisfaction expressed by users of adult social care services.

Despite stories of reducing care packages and rushed care visits, nearly two thirds of service users say they are extremely or very satisfied with their care and a further quarter say they are quite satisfied. These numbers are virtually unchanged since 2014/15, when comparative records began.

The simplest interpretation of this data is that, despite declining budgets, local authorities have managed to protect the services they provide.

Inevitably – as we acknowledge in the report – it might not be that simple. People who have lost a care package entirely will not be included in a survey (and we show that overall the number of people receiving long-term care has fallen by nearly 13,000 since 2015-16).

There is also evidence of poorer care from a regular survey of carers and from the Local Government and Social Care Ombudsman. And, there is some variation, with older people and black, Asian and minority ethnic groups among those less likely to report being satisfied.

Yet the figures are a reminder that it is easy to make assumptions about social care that may not be fully borne out by the data.

The retention of high satisfaction levels are not the only surprise. Directors of adult social services may not bat an eyelid when seeing that reported disability prevalence among working-age adults has grown over the last seven years. But even they may be surprised that among older people disability prevalence is static or perhaps falling.

Yet that may help explain why – in another surprise – the rate of older people requesting social care support from social services departments has fallen, while the rate of requests from working-age adults, and the proportion of them receiving disability benefits, has increased.

To be clear, this does not in itself mean that demand for social care among older people has fallen: reductions in disability prevalence (the proportion of the population with a condition) may be offset by a growth in the size of that population. Overall, local authorities received 1.32 million requests for support from older people in 2017-18 compared with 1.31m in 2015-16.

We say that three factors – rising working-age disability, an increasing older population and existing high levels of unmet need – combine to put extreme pressure on local authorities. Yet the pattern of that need certainly gives pause for thought.

More of that comes from our indicator around direct payments, which have been regarded as key marker of personalised services, the mantra of adult social care for so long.

But if that is the case then personalisation has stalled: the number of individuals taking direct payments has actually fallen. And there is a major difference in take-up between older people and working-age adults: just 17.5% of over-65s have a payment, compared with over 40% of working-age adults.

Direct payment take-up in turn highlights another key theme of our report: while we focus on national trends, we can’t help but identify a great deal of local variation.

In some local authorities fewer than 9% of people opt for a direct payment, yet in others it is nearly 60%. There are similar variations in other indicators, from demand to delivery. For example, in 2017-18 one local authority received 5,655 requests for support for every 100,000 working-fage adults in its population, yet another received just 287.

For over-65s, the figure was as high as 77,220 and as low as 3,306. And in some local authorities, fewer than 1% of over-65s leaving hospital receive reablement but in others more than 10% do. We could not dig too deeply into the explanations for this local variation, but expect them to be complex.

Alongside the surprises in the report, there are also puzzles. It is reported that new entries into care homes for older people have declined since 2015-16, as you might expect given that the shift of policy has been towards care at home.

Yet for working-age adults, 2017-18 saw an increase in numbers. The increase is small and may be a one-off anomaly. If not, we suggest an optimistic hypothesis that more working-age people are leaving NHS hospitals and entering residential care due to the Transforming Care agenda for people with learning disabilities.

A less optimistic possibility is that commissioners are considering residential care for some people with very high support needs because of the costs of providing care in the community.

A further puzzle surrounds NHS continuing healthcare (CHC), which funds the social care costs as well as the health costs of people with typically very complex conditions, if driven by a ‘primary health need’. If the NHS does not pay these social care costs it is local authorities – or the individuals themselves – who must.

We show that the rate of take-up of CHC is declining per 100,000 people, but that there are widely differing explanations as to why. NHS England points to improvements in assessments; support groups see clinical commissioning groups tightening eligibility in pursuit of £855m in efficiency savings that NHS England has asked them to make on CHC and NHS-funded nursing care from 2015-16 to 2020-21.

Certainly, money is a key factor elsewhere in the report. A critical indicator is on local government expenditure on social care. We show that in real terms, total expenditure by councils bottomed out in 2014-15 and has since increased but is still £700m below where it was in 2010-11.

And a smaller proportion of that total expenditure is now coming from councils’ central budgets and more is coming via the NHS and, to a lesser extent, from service users through charges.

Simon Bottery is a senior fellow at the King’s Fund

6 Responses to Is the personalisation of social care stalling – and why are more working-age people in care homes?