Dwayne Johnson started as chief executive at Sefton council this week. He looks back on the social care roles that led him here

By Alice Blackwell on June 7, 2019 in Social work leaders, Workforce 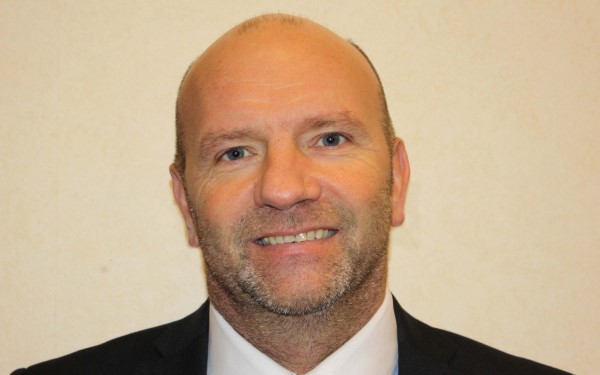 Dwayne Johnson took up the position of chief executive at Sefton council this week. When he started his first job as a care assistant, he couldn’t imagine making the career journey he has.

“I never thought for one minute that I would be a director of social services, I never even thought about being a chief exec. In my early days that thought never even crossed my mind,” he says.

Upon leaving school and working out what he wanted to do, Johnson thought only that he “wouldn’t mind doing something on the care side”. He says this was heavily influenced by his mother’s experience growing up in the care system:

This all “rubbed off” on Johnson and he undertook a preliminary certificate in social care before working as a care assistant for people with learning disabilities and older adults.

Johnson recalls both happy and sad times from that first care home role. He remembers “so many characters and personalities” and having a laugh with residents, but also the importance of dignity and supporting loved ones when people died.

He says these experiences – particularly the impact of listening to life stories, printing and framing them – embedded many of the values that stayed with him through his time as a social worker and as he rose to senior council positions, including his previous role as Sefton’s director of social care and health.

That personal experience really did help me and still helps me today in terms of my values.”

“Listening is definitely a key value for me,” Johnson continues, “listening then to life stories [and] now listening to social workers… I think those principles of respect, respecting people’s views and opinions, particularly vulnerable people’s, is really important.”

“Trust and confidence” have also always been crucial, says Johnson, from ensuring residents felt comfortable with him bathing or dressing them, to building pride in his team as a manager and leader.

Johnson progressed to managing one of Durham’s largest care homes with a big day centre. He says he would have been happy to stay in care homes, but a period of financial challenge in the late 80s and early 90s saw many homes in in the region close down, putting hundreds of jobs at risk.

Johnson was fortunate as he’d completed his social work qualification while working as a care assistant, and was able to move into a frontline social work, which later led to team manager, service manager and commissioning roles. In 1999 he moved from the north east to the north west to become the assistant director for social services at Knowsley.

A few years later he became Knowsley’s director of commissioning, policy and housing services and his role diversified further in 2005, with a portfolio that included housing, leisure, libraries, parks and environmental health. He later moved to Halton council, before becoming Sefton’s director of adults’ services.

He says his understanding of “the complexities, the difficulties, the challenges that staff and workforce face” across all the departments he’s encountered will be key as he steps up into the chief executive role.

Keeping in touch with the frontline

How does Johnson feel about moving ever further away from the frontline of social care and social work, and can he maintain the same values? Johnson is emphatic that he hasn’t made any decisions as a director of adult services that he would have disagreed with as a social worker. He says he keeps in touch with the realities of practice by going on visits with staff, sitting with teams and hosting drop in sessions.

His new role will see him take on responsibility for all of Sefton council’s services but Johnson says his background means his sense of duty to service users will remain:

“I need to give as much attention and detail to all the other aspects of the council services and be consistent. However, there’ll always be those strong social work values and principles that I’ll ensure are with me… I’ll always want to ensure particularly the most disadvantaged, the most vulnerable people who we support within the council, are given as much – and in some cases more – priority, depending on the circumstances.”

Does Johnson have any advice for those seeking a similar career path? He says he can pinpoint the start of his progression into director roles to a moment when he was a service manager in Hartlepool. His director came into the office and asked if he wanted a development opportunity. “Everybody ducks when anyone says that, don’t they?” Johnson laughs.

But the opportunity – to be secretary of the Association of Directors of Adult Social Services (ADASS) older people’s network – interested him. At the time, ADASS were looking for more middle managers to join their networks. Johnson stresses that he was the lowest ranking member of the committee, taking minutes and observing “people two or three levels above [him]” but learning huge amounts about good practice, policy development and leadership from those he felt “in awe” of.

Johnson took on further opportunities to be involved in national initiatives, including the first national service framework for older people and the introduction of direct payments. He counts one of the pinnacles of his career as being invited to 10 Downing Street to discuss issues affecting care of older people.

The new chief executive acknowledges that his career path may not appeal to everyone but encourages practitioners to take advantage of what’s available.

“I never thought I’d be a chief executive and there’s probably a lot of people out there who might not want to be [one]. But actually, even just if you’re interested, as I was, in policy development, and changing lives, in developing and modernising and transforming services, [those national associations] can provide you with those opportunities.”

Johnson is equally passionate about learning opportunities. Spotting gaps in your skills and seeking training gives you the confidence to do the job, he says.

“It’s about being proactive and saying to managers: look, I don’t think I can do this properly without having a better understanding of this.”

For Johnson, this meant undertaking an MBA to enhance his business skills when councils’ role in service provision changed, and he very recently completed an MA in leadership.

“I still felt that I needed to carry on educating myself and learning new ways of working… just because I’m in a senior role, my training doesn’t stop… I still think that, age aside, it’s important that you continue to craft your skills and learn new stuff.”

One Response to From care assistant to CEO: Sefton council’s new chief executive