Stable leadership, a clear practice model and empowered staff: how one council went from ‘good’ to ‘outstanding’

How do you improve a 'good' service amid rising demand and less resource? For one authority, just rated outstanding, it has been about fully embedding its model of practice and involving social workers in shaping the service 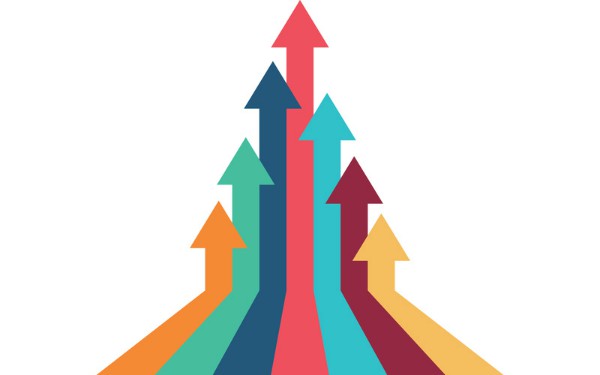 A challenge faced by the senior leaders of Lincolnshire’s children’s services in 2014 was how to improve from here?

This was after it was awarded ‘good’ overall – with ‘outstanding’ adoption performance – under an Ofsted regime, the single inspection framework, which saw many councils fall to ‘inadequate’.

Lincolnshire’s relative success had come against the backdrop of the pressures being felt across all the nation’s children’s services. Its 2014-15 budget report said that caseloads had increased by 30% from 2008-13, yet the county’s children’s services had had to make savings of over £27m from 2011-12 to 2013-14.

These pressures continued over the subsequent five years, with the council leader, Martin Hill, highlighting a 90% drop in the council’s central government funding, the need to make £310m of savings, absorb cost pressures of £276m and spend £116m of reserves to balance the books, over the previous eight years, in setting out its 2019-20 budget in February.

However, despite that, the council has maintained momentum and continued to improve. Last month it was rated ‘outstanding’ by inspectors with praise for the support and training offered to staff, manageable caseloads and innovative services being developed for children and families.

The 2014 report highlighted Lincolnshire’s capacity as a learning organisation, one that was willing and capable to learn from its weaknesses. It displayed that over the subsequent five years, with Ofsted in 2019 highlighting the commitment of “an insightful, highly motivated and extremely child-centred senior leadership team” at driving its improvements.

While its 2014 inspection left it with 15 notes for improvement from inspectors, its most recent highlighted just two.

From good to better

So how did the council turn ‘good’ into better?

Janice Spencer, now interim director of children’s services and, from 2013-18, the assistant director for safeguarding and regulation, suggests the council’s ability to build on its ‘good’ base to get to ‘outstanding’ was underpinned by a stable senior leadership team and the embedding of a clear practice model.

Indeed, until Spencer stepped into the director of children’s services role in December 2018  – on an interim basis as the previous director, Debbie Barnes, acted up as chief executive – the makeup of the senior leadership team put in place five years prior remained largely unchanged.

Also introduced in 2013 was the Signs of Safety practice model, an approach to child protection based on working collaboratively with families and building on their strengths to safeguard children. Spencer explains that when she first saw the model it was being used only for child protection work, but in Lincolnshire it was embedded across the workforce – including early help – to create a common approach for children and families at every stage of the process.

More on practice models and Signs of Safety

While in 2014 inspectors highlighted how Signs of Safety was “beginning to change thinking and practice”, the investment in training on first introduction and throughout the six years since led Ofsted, in 2019, to say it was “thoroughly embedded” and “valued and used by a very stable, highly skilled workforce and by partners”.

The commitment to implementing and constantly improving the model are all elements that Spencer puts down as essential for Lincolnshire’s success and any other council wishing to follow in its footsteps: “You’ve got to have your vision, you’ve got to be a visible senior leadership team and you’ve got to be supportive for empowering your staff to work with children and families to create change that is effective.”

We didn’t get here overnight, it’s a long hard road and you need that commitment, that dedication and determination, there’s no easy way.”

With familiarity and a clear practice approach comes the risk of going stale, which Spencer says the council overcame by being open to “constantly reviewing what you’re doing”.

“If you tested it and you don’t think it is going to bring anything, don’t feel you have to carry on,” she says.

For Lincolnshire, this meant investing in practice advisers oversee Signs of Safety and how it fitted across the entire service. The advisers focus only on the Signs of Safety model, how it can work more effectively, and how the council can create a consistent journey from early help right the way through to looked-after children and care leavers.

“We engender participation and collaboration from the staff group,” she explains. “We have regular monthly practice meetings. We expect [Signs of Safety] to underpin their practice on a daily basis so it never, ever, loses momentum.”

This has born fruit in the form of a recent redesign of social care assessments to bring them even more in line with Signs of Safety, something they’ve been able to do as part of being a government Partner in Practice (PiP), a scheme for high-performing authorities given freedoms to try new ways of working.

This was developed out of a feeling that “the constraints of Working Together and Ofsted means that it currently has to be shoe-horned into our existing policy and practice, which leads to extensive duplication”.

“The social work feedback has been really positive, and that was something we did with the staff,” Spencer says.

The PiP scheme also extends to Lincolnshire working with struggling local authorities across the country, most notably Rotherham, in the wake of its child sexual exploitation scandal. Lincolnshire oversaw Rotherham’s improvement journey, and this year was part of an independent review of the service.

Spencer says these experiences are invaluable, not only for letting those authorities learn from them but also them taking something from others.

“It is a means and mechanism to keep you fresh and alert to new ideas and new ways of working as well as having the privilege of supporting colleagues but also learning from colleagues, it is always a two-way street.

Frontline staff are central to both the day-to-day workings of the service and how it is developed.

“We have safeguarding assurance days and showcasing good practice days. Senior directors, managers and councillors go and spend time with staff, look with them at their practice and they will showcase to us all of the good work they do. They will tell us some of their worries that they might have and things we might need to think about changing.”

Key to this approach has been using the principal social worker, Samantha Clayton, as “ears on the ground”, essential for bringing back social work feedback.

Just one element of her role has been overseeing the council’s recruitment, retention and succession planning, and her direct line to senior leaders has enabled to use the intelligence gathered from exit interviews to help further support and retain social workers in Lincolnshire. The increased stability of staff was reflected in the Ofsted report.

Spencer explains why this link between senior managers and staff is so important: “Imposing change on staff isn’t necessarily a good thing. It has to be that we’re in this together.

“We all work with vulnerable children and families, we all want to do what’s best.”

Where previously the challenge was still improving at a time of financial challenge, the next one is how to maintain service delivery at the current level.

Spencer highlights innovative projects they are doing, in particular the Future 4 Me Project, which was highlighted by Ofsted and offers specialist support to young people leaving care, custody or at risk of entering custody, as areas they will keep developing. She also references the broader council strategy of investing to save, like the investments in early help which were praised by inspectors.

“There has been austerity in many parts and Lincolnshire hasn’t perhaps felt the cuts as deeply as some of the local authorities. [However], the leader is very good around invest to save.”

She explains the thought process around every new approach being considering what would be the benefits for the children and families, and whether there would be long-term efficiencies for the council.

The key though is never being complacent, Spencer says: “We’re always looking at what we can do differently and how we can improve outcomes for families.”

Legitimate free speech or views incompatible with social work: an analysis of the Felix Ngole case
Ofsted criticises council where some social workers have caseloads of over 50

3 Responses to Stable leadership, a clear practice model and empowered staff: how one council went from ‘good’ to ‘outstanding’