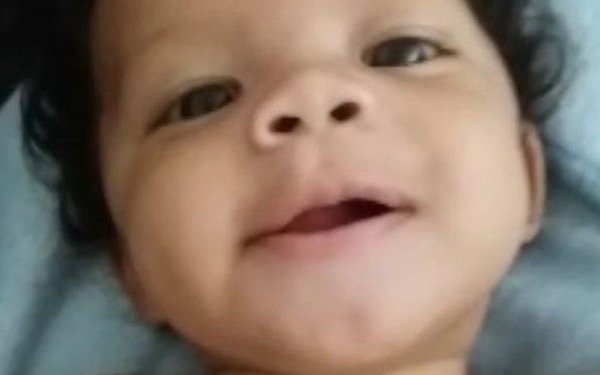 A ‘fundamental lack of understanding’ by social workers and other professionals of risks to children relating to domestic abuse has been heavily criticised in an excoriating serious case review into a baby’s death.

The review, for Gloucestershire Safeguarding Children Board, found children’s services failed in summer 2015 to follow up information about the violent criminal history of Alistair Walker, who killed his three-month-old son Ah’Kiell the following July.

Walker was given a 10-year-sentence last year for the manslaughter of Ah’Kiell, who suffered broken ribs and water inhalation. His mother, Hannah Henry, was jailed for four years for causing or allowing his death.

Professionals also showed too little curiosity, the investigation found, around injuries and hardship suffered by Henry, 22, who had been involved with children’s services as a teenager and had a history of abusive relationships.

The serious case review painted an unpleasant picture of the working environment at Gloucestershire children’s services, deemed ‘inadequate’ at its last Ofsted inspection in 2017.

Latest government statistics showed that, as of September 2018, Gloucestershire had a 34% vacancy rate among children’s social workers (compared to a regional average of 18.8%) and an agency worker rate of 39.9% (regional average: 16.9%).

Its latest Ofsted monitoring visit, in April, found: “In recent months, there has been an increase in the number of permanent members of staff within the local authority and a modest reduction in the number of vacant posts. However, too many children continue to experience frequent changes of social workers, and this impacts on the progression of their plans.”

It quoted professionals from other agencies who said social workers were hard to challenge – and made them “feel inferior” if they tried to do so –though it did not excuse them from failing to escalate concerns.

The investigation found the council, which struggles with social worker turnover and, as a result, service improvement, faced challenges meeting its statutory duties under the Children Act 1989 and had allowed non-qualified workers to take on too much responsibility.

It added that premature closure of cases, as happened with Ah’Kiell’s family, are an ongoing concern.

Local news reports covering a council children and families scrutiny meeting held this week revealed that there are a further “eight or nine” serious case reviews pending in Gloucestershire. A council spokesperson told Community Care these were likely to be published in the autumn.

The review into Ah’Kiell’s death covered an 18-month period from January 2015 until July 2016.

Throughout this time a number of services were involved with Henry, who was regularly at risk of losing her social tenancy because of conditions at the property, where Ah’Kiell’s elder sister also lived.

At the start of the review period Henry informed children’s services that she had been involved with Walker for eight months. But his true identity took time to become apparent after he used aliases when seen by professionals – who were uncertain how much they could get involved with him, prior to Henry becoming pregnant.

Henry was a frequent visitor to her local hospital’s A&E department, both with external injuries and abdominal pain, and professionals also saw her with a bruised face but did not challenge her account that Ah’Kiell’s sister was responsible.

In February 2015 she attended A&E with her jaw broken in three places, giving multiple conflicting stories about how this had happened. Despite professionals’ suspicions, the incident was only raised at one child in need meeting – even after a police check revealed that Walker had a history of violent criminality, including punching another woman in the jaw.

“Nothing was actually done with [the information on Walker] when it was received by [children’s services], which is extremely poor practice,” the review said.

While believing that Henry and Walker’s relationship was abusive, practitioners also neglected to fully explore the context around clear indicators of financial hardship, including shoplifting by Henry and the house being unheated in January.

“One would have expected professionals to not only think about how the mother was going to cope with no money but also it was the middle of winter, there was a 14-month-old in the home and there was no heating or hot water and seemingly no money to buy food,” the review said. “What was the impact on [Ah’Kiell’s sister]? How was she going to be fed and kept clean and warm and also this situation would put more pressure on the adults and how was that likely to manifest itself?”

Further warning signs related to Henry’s non-attendance at child in need meetings, which Walker openly opposed, and reluctance to work with other agencies offering support, such as a local children’s centre.

In July 2015, a social worker, newly allocated to the case, conducted an assessment solely based on the input of other professionals, with no direct contact with the family. One of the reasons cited was that “in the time the social worker had, the mother would not make herself available”, the review said.

“Whatever the reason, this decision was flawed,” it added. “It was poor practice and undermined the effectiveness of the assessment.”

By the following month, a decision had been taken to close the case – which was done in October – because of a lack of engagement by Henry, with professionals concluding there was insufficient evidence to support a section 47 child protection investigation.

Six months later, when Henry went to hospital to give birth to Ah’Kiell, midwives made a new referral after becoming concerned about Walker’s behaviour around her.

But, because of a mix-up, the form mostly contained information relating to previous concerns – which children’s services dismissed as historical information and so did not pursue the case.

“This was wrong,” the review said. “Even with the professionals’ limited understanding of domestic abuse they should have assessed that a newborn baby going into a home where professionals believed there was domestic abuse would have met the threshold for a strategy discussion, under s.47, Children Act.”

‘We could have done better’

The review made 16 action points, relating to agencies including the NHS and police as well as children’s services, some of which had been completed by the time of publication.

These included implementing training around domestic abuse across the local safeguarding partnership, evaluating professional differences guidance, setting out guidelines around working with men and improving child in need work.

Chris Spencer, director of children’s services at Gloucestershire council, said: “The death of a child is tragic in any circumstance, but when one so young is abused by those who should have protected them, it’s unimaginable.

“This case dates back to 2015, and we fully accept that there were things that we and our partners could have done better,” Spencer added. “We have taken significant action to improve services and the way we protect vulnerable young people in the county.

“Over the past three years we have invested heavily in services for vulnerable children and this will continue as necessary to ensure that we, working with partners, are doing all we can to keep children and young people safe,” Spencer said.