With the knowledge base on ABI within social work remaining in its infancy, how can social workers spot the signs?

By Alice Blackwell on August 23, 2019 in Inform Adults 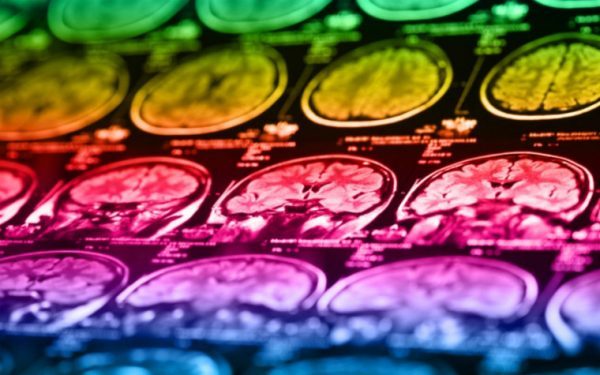 This article looks at what acquired brain injury is and what the possible signs, symptoms and consequences are. It is taken from a Community Care Inform Adults guide on this topic. The full guide provides an in-depth introduction to the topic and includes case examples, practice tips, scenarios and external resources. Inform Adults subscribers can access the full content here. The guide is written by Andy Mantell, a social worker and specialist in acquired brain injury.

Acquired brain injury (ABI) is damage to the brain that occurs at any point after birth. ABI is an umbrella term which encompasses a broad range of conditions in addition to traumatic brain injury. These include strokes, tumours, infection, hypoxia (lack of oxygen to the brain), metabolic abnormalities or poisoning.

In 2016-17, 348,453 people were admitted to a UK hospital with an ABI, which equates to a person entering hospital every 90 seconds (Headway, 2017). Yet ABI remains a hidden disability; literally hidden, in that people with ABI may show no obvious signs of injury and their presenting problems may not indicate that they have an ABI.

It is also hidden because practitioners often lack the awareness to look out for the signs of ABI (George and Gilbert, 2018). The knowledge base within social work on ABI is growing in quality and quantity, but remains in its infancy (Mantell et al, 2018). This means that adults with ABI may present to adult social workers as people with difficulties in behaviour, concentration or learning.

Technology also means that more people with ABI are living for longer with more complex needs. So, whatever area of practice you are involved in, you are likely to work with people with ABI.

The consequences of ABI span physical, sensory, cognitive, emotional, communication and behavioural domains, with damage to the frontal lobes in the brain causing altered behaviour, anxiety and irritability, among other problems. Social workers have a crucial role in identifying ABI in all these domains, otherwise assessments will not reflect an accurate picture of the individual’s care and support needs which could let to treatment delay and inappropriate support. Below are key signs to spot:

Sensory
– Sight damage, including difficulties with depth perception as well as sight impairment
– Impaired hearing or loss of hearing
– Tinnitus, which may also affect balance and cause nausea
– Loss of smell and taste
– Changes in tactile sense: becoming more or less sensitive to touch

Communication
– Difficulty reading emotional prosody (voice tone, pitch, volume and so on)
– Being unable to pick up on visual clues such as in facial expressions and body language
– Experiencing expressive or receptive aphasia (an inability to comprehend or formulate what they want to say)

It can be difficult to assess all the consequences of an ABI when looking at someone’s care and support needs, particularly if it is not diagnosed or even known about. You could consider using the brain injury screening index (BISI), an 11-question screening tool developed by The Disabilities Trust. It isn’t a diagnostic tool but captures an individual’s self-reported history of brain injury and provides an indication of injury severity.

The Disabilities Trust’s brain injury needs indicator (BINI) can then be used in conjunction with a Care Act assessment to identify difficulties an adult may have with day-to-day living.

Low insight, poor memory and impulsivity contribute to people with ABI being susceptible to financial abuse and ‘mate’ crime. The stresses that ABI places on the individual and their family in combination with less flexible thinking and reduced self-control can lead to physical aggression to and from others.

Capacity to consent to sexual relationships can be difficult to assess and people who have suffered domestic abuse resulting in an ABI may be less able to protect themselves or their children. People with ABI are also at increased risk of organisational abuse through inappropriate placement, staff not understanding their needs or their inflexibility being met by rigidity from staff.

The complexity and potential risks in safeguarding issues with people with ABI were illustrated by the serious case review into the death of ‘Tom’ published by Somerset safeguarding adults board in 2016. This powerful and distressing review highlights gaps in knowledge of ABI and multi-morbidity, communication issues and failings in interprofessional working and deserves to be read in full.

The Care Act statutory guidance states that assessors ‘…must always be appropriately trained and have the right skills and knowledge’. The full Community Care Inform Adults guide provides detailed case examples, scenarios, and practice tips covering the basics of ABI. The guide’s author, Andy Mantell says that this should form the start not the end of your exploration. He acknowledges that social workers may feel uncertain and overwhelmed about working with people with ABI but stresses their role in providing person-centred care and the importance of a multi-agency response that draws on the expertise of each discipline.

If you do not have access to Inform Adults and would like to find out more, register for Community Care Live, where Andy Mantell will be delivering a seminar on the topic, on 16 October, day two of the London-based event.

George, M and Gilbert, S (2018)
‘Mental Capacity Act 2005 assessments: why everyone needs to know about the frontal lobe paradox’
The Neuropsychologist, Volume 5, p59-66

‘How transforming social work practice took us from good to outstanding’
Positive vibrations: How team spirit makes this social work locality the place to be