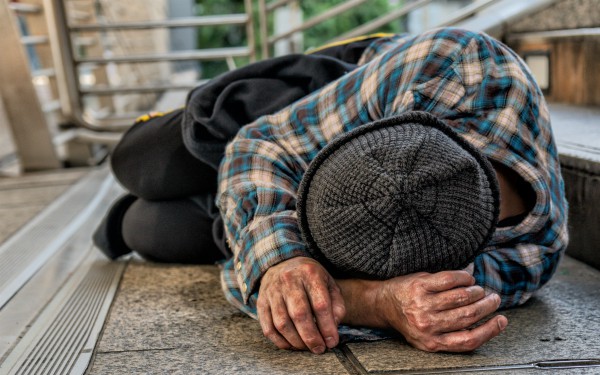 Earlier this month the Office for National Statistics reported that there were an estimated 726 deaths of homeless people in England and Wales in 2018 (a 22% increase on 2017). While the mean age at death among the general population was 76 for men and 81 for women, among people who were homeless it was 45 and 43 for men and women respectively.

In the light of figures such as these, one response has been to question how well people who are homeless are being served by agencies with responsibility to safeguard adults from abuse and neglect, including self-neglect. Among others, the Mayor of London, St Mungo’s, the Bureau of Investigative Journalism, and the government itself, in its Rough Sleeping Strategy (2018), have highlighted the potential relevance of adult safeguarding to this group.

The Local Government Association is presently conducting a series of workshops (led by Adi Cooper and Michael Preston-Shoot) exploring the interface between safeguarding and homelessness. At the NIHR Policy Research Unit in Health and Social Care Workforce, we were commissioned by the Department of Health and Social Care to analyse safeguarding adults reviews where homelessness was a factor to inform such debates and initiatives and our work is informing these workshops.

Safeguarding adults reviews (SARs), the successors to adult serious case reviews, are conducted in order to learn lessons where there is evidence that agencies have not worked well together in discharging their responsibilities toward those who, it is thought, have suffered abuse or neglect.

In the 14 SARs we examined we isolated a number of themes, which seemed to us to be particularly salient to homelessness (aside, that is, from the kinds of findings common to the generality of such reviews—failures of leadership, poor co-ordination, not inviting the right people to multi-agency meetings, and so on). The full report is freely available, but we summarise our findings here under two headings: assessment and self-neglect.

The threshold for the duty to conduct a needs assessment under section 9 of the Care Act 2014 is low, yet there was a variety of ways in which this duty was not met in the cases reviewed.

For example, in Howard’s case, notwithstanding a heart condition, a history of alcohol abuse and double incontinence and being a rough sleeper, his situation was primarily defined as a housing problem, and no assessment under section 9 was ever conducted (Isle of Wight, 2018). Whether this was inertia or gatekeeping on the part of adult social care is not clear. In another instance, the SAR author commented on the interface between section 9 and safeguarding referrals: while three such referrals were not carried forward it was remarkable that they did not prompt a needs assessment (Essex, 2019).

Also remarkable was a case involving four London boroughs, and the delay to the needs assessment of Yi, who had been sleeping rough. Following an unresolved dispute between Newham and Islington as to Yi’s ‘ordinary residence’ (and the obligations flowing from that determination under section 18 of the Care Act), the SAR recounts how a member of staff in the local authority then drove him from Islington to Hackney for assessment. But only after a further episode of rough sleeping and being admitted to St Thomas’ Hospital, was he assessed by Lambeth, which also initiated a safeguarding enquiry under the category of ‘neglect and acts of omission’. The SAR suggested that the failure to assess up until that point may have amounted to organisational abuse and a breach of his human rights (Newham et al, 2019).

While Yi’s discharge from hospital was thought to have been conducted appropriately, other SARs found assessments at this moment of transition wanting. For example, some four months prior to his death sleeping rough, Howard had been discharged, without detailed social work assessments and in his pyjamas with incontinence pads, to the homeless shelter—although it was possible he would not be accepted there because of his incontinence. A lack of suitable supported accommodation in some of these cases is also remarked upon by SAR authors.

Eight of these 14 SARs reported cases where there was evidence of self-neglect, though in none had this given rise to a statutory enquiry under section 42 Care Act 2014. Self-neglect presents particular ethical challenges, especially where a person has decision making capacity, and it is not always amenable to a safeguarding response — only when the person’s inability to control their own behaviour calls for external support, as the statutory guidance has it (at paragraph 14.17).

There was evidence among agencies in these SARs of self-neglect not being understood as a potential safeguarding category. Practitioners also found it difficult to know how to approach alcohol dependence and substance misuse in this connection; self-neglect through hoarding was ‘often easier to see and easier to name’ (Waltham Forest, 2017). They also faced associated difficulties in assessing fluctuating and executive capacity under the Mental Capacity Act 2005 and in engaging satisfactorily with the person concerned.

In the report, we consider this facet of our findings in the wider context of multiple exclusion homelessness (a way of thinking about homelessness which takes substance misuse and alcoholism into account) and note the pertinence of Alcohol Change UK’s recent call for the development of national guidance on applying safeguarding thresholds to people who self-neglect due to alcohol misuse.

The difficulties our study has revealed in relation to homelessness, assessments and self-neglect are being considered in other work taking place at our research unit: our NIHR-funded study on hospital discharge reports shortly, and the unit’s NIHR School for Social Care Research-funded project on self-neglect among people who are homeless has just begun.