‘Where are the Black girls in our CSA services, studies and statistics?’

A researcher explores why Black girls and women's experience of child sexual abuse is often missed, and provides suggestions for social workers and leaders to improve practice 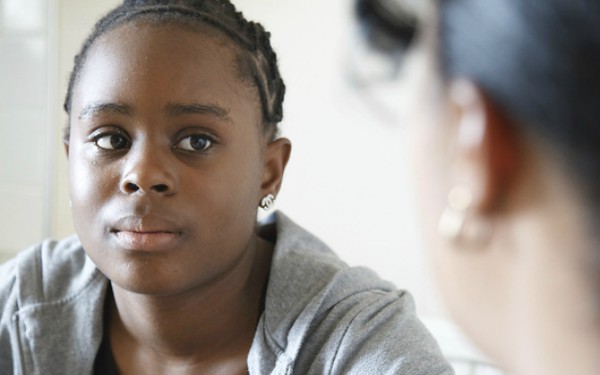 When you try to speak out, you’re seen as aggressive or you don’t want to engage. No! It’s because I was raped! A 14-year-old and I had no one to speak to. (Makeda*)

(*All names of study participants quoted in this article have been changed.)

Who took part in this study?
All participants had experience of CSA as either practitioners or having conducted research into CSA as academics. During the study over half of the participants disclosed being victim-survivors of child sexual abuse.

Makeda is one of eight Black women who took part in a small-scale qualitative study I undertook as part of my ongoing PhD research exploring why little is still known about the experiences of child sexual abuse (CSA) among Black British girls.

One of the main themes the women talked about was how perceptions of Black women and girls impact on the identification and disclosure of abuse.

What do we know about the experiences of child sexual abuse in Black communities?

We know that abuse of children of all ethnicities and backgrounds may remain hidden. Children can be silenced into not telling and adults may not recognise disclosures, leaving children at ongoing risk and not supported. However, children from Black, Asian and minority ethnic (B.A.M.E) groups (and other groups, in particular disabled children) are less likely to come to the attention of authorities, face additional barriers to accessing statutory services and receive a poorer quality of support. (Children’s Commissioner, 2015).

In addressing these challenges, we need to be conscious of what thinking about ‘B.A.M.E’ groups can mean in practice. This abbreviation (sometimes even pronounced as an acronym ‘BAME’) encompasses all non-white populations. While children from these populations may have some commonalities in their experience of wider structural oppression, the use of a singular ‘B.A.M.E’ category can lead to the experiences of different groups being conflated and a homogenised understanding in research and practice of the experiences of people who fall within it (Aspinall, 2002; Bernard, 2016; Wilson, 2016).

Consequently, there is still a significant gap in our understanding of how children from specific communities in this country disclose CSA, both within cultural community networks and to external support provision. Currently in the UK there is only one piece (Wilson, 2016) of scholarly primary research that explicitly addresses CSA in Black African/African-Caribbean communities, which involved speaking to female adult victim-survivors.

I embarked initially on a master’s and now PhD to explore this area and what we can learn to improve practice and research. Having worked in various roles from operational to strategic in relation to CSA and children and young people, it seemed to me that Black girls were ‘missing’ from research, policy and practice. From my own experience and working, talking and researching with other practitioners, it seems that you can almost predict what services or support young people different ethnic groups will be referred to – and in the case of Black girls, it was CSE or gang-related services.

“Problematic behaviours” related to gangs were the most frequent risk discussed; these girls seem to only be seen through this lens and are not perceived as potential victims of sexual abuse (Davis, 2019).

Is there a plausible reason why Black girls may not be thought of as vulnerable to CSA? Epstein (2017) found that from the age of five, African American girls were viewed as more adult-like throughout all stages of childhood in comparison to their White peers. This increased at age 10-14 where they were perceived as more mature and sexually aware, and less innocent. Jones and Trottman’s 2009 study of CSA in the Eastern Caribbean made similar findings and the phenomenon has been conceptualised as ‘adultification’ (Goff et al., 2014; Ocen 2015). These studies found that the collective understanding of the normative child – innocent, vulnerable and in need of protection – is White.

If Black girls are not seen as girls but seen as hypersexual beings, then it just becomes an unconscious blind spot when trying to identify child sexual abuse (Rita)

Adultification may therefore reduce or alter professionals’ sense of their safeguarding responsibilities to Black girls (Davis, 2019).

This concept goes beyond CSA, and goes beyond girls, and can be seen in the justice system where Black children are perceived and treated as adults and therefore more likely to receive punitive responses, harsher sentencing and decreased protection.

Black women and girls are constantly feeling less than, seen as not worthy.  Racial stereotypes are stigmatising…. We are at the end of spectrum of what they [White people] understand to be worthy. I don’t think there is the same understanding of value and worth when we think about White girls. (Femi)

All of the participants in the qualitative study spoke of the way Black women and girls experience racism and sexism in an interrelated way. Many referred to the depiction of the ‘jezebel’ (Collins, 1990) the social construct of Black female sexuality as hypersexual and sexually available to all.

My research so far also indicates beliefs about legitimised access to Black girls and their bodies within music scenes, and assumptions of Black female sexuality drawn from pornography or twerking entering popular culture, which can all lead to the sexualisation of young women being normalised.

Participants shared their experiences of being approached in public spaces and comments made about their appearance; what made this feel more explicit to them as Black girls was the language used to describe their features, being seen as something abnormal and particularly sexual. There is a correlation here with historical precedents for sexualising Black women’s bodily features such as Ssehura, a Khoisan woman (also known as Sara Baartmen – the ‘Hottentot Venus’).

I was called ‘blow jobs lips’ by both White and Black boys. I knew it was a bad term, but I didn’t feel ok to ask anyone, so I internalised it – it was White boys who started it but Black boys who continued it. (Makeda)

The intrusiveness when they [Black girls] hit adolescence, everyone talking about their shape and how they look. I think a lot of us accept it as we think it is a part of our culture. (Amara)

‘We are perceived as strong’

No one sees us as vulnerable or victims (Janet)

Assumptions of Black young women and girls having innate strength and resilience – “the strong Black woman” (Collins, 1990; Kanyeredzi, 2014; Wilson, 2016) can also impact on perceptions of coping mechanisms, impacting on how much support is provided in comparison to other children and young people.

When you are in crisis or in distress, in need, no one is looking at you – they are not interpreting my feelings as distress. (Amara)

We are not allowed to cry – magical, masculine traits – we have to hold it, if you’re punched in your face, hold it. (Makeda)

We are perceived as strong. Why would they need to research on us, are we even worth talking about? We are not given the opportunity to share our experiences. We are not valued. (Candice)

These assumptions may silence Black women and girls from speaking out, whilst further increasing their vulnerability to experiencing sexual abuse. Wilson talks about ‘limited spaces to speak’ due to both increased barriers accessing traditional services and an unlikelihood of sharing experiences with family or the wider community.

Lack of agency and capacity to speak about child sexual abuse can apply to all children and young people regardless of race or ethnicity, however limited agency to speak both in their own communities and externally locates Black young women and girls in complex spaces (Davis, 2019). Black girls can remain under the radar as victim status is not afforded to them.

My research has also indicated an ‘over-valuing’ of Black boyhood by communities compared with girlhood. For example, the belief that boys need protecting from their increased risk of punitive responses from law enforcement, and a desire not to reinforce any harmful perceptions. Again this can reduce the protection and support available for girls.

A lot of women and girls talk about turning up in spaces and not feeling welcomed: really subtle behaviours impacting on how they view interpersonal relationships with practitioners. (Amara)

Discomfort about discussing and addressing racism and bias within service provision was expressed by all participants. Experience of stereotypes of ‘angry Black women’, ‘aggressive and confrontational’ were prime examples of barriers to building relationships and accessing genuine support.

Participants also described complexities and nuances in how services present themselves and practitioner behaviours that can further silence Black women and girls and impact on them developing trusting relationships with professionals.

There was a sense of practitioners having “good intentions” to be inclusive but not considering use of language, how the space feels and the bias a Black girl or woman might have experienced over a lifetime. The participants felt that “meaning well” and having these good intentions meant services and individuals did not feel the need to examine how young Black women were actually receiving (or not receiving) their service, allowing harmful behaviour where Black girls felt excluded or unheard to continue.

The participants questioned whether the concept of ‘unconscious bias’ was always helpful if it meant behaviour involving nuances of racism, informed by previous experiences of everyday racism, on both structural and personal levels was seen as ‘unconscious’ and therefore outside an individual or organisation’s control. There were also suggestions that equality, diversity and inclusion regarded as an ‘add on’, not an integral part of safeguarding practice.

‘Part of the picture’

This article can only provide a small part of the picture. My qualitative research used a small sample and only interviewed adult women. I haven’t touched on the complexities of intersectionality – how inequalities of class, sexuality or being in care impact on any young person and how these might interact with race and gender. Black boys and men’s experiences of child sexual abuse is also ‘missing’ from practice and research. Children from other minoritised communities and ethnicities are also under-represented in research and data from services. We need to consider why and, from the frontline to leadership, academia and policy, find ways to develop better support and protection from CSA for all young people.

Jahnine Davis is a specialist consultant and PhD Researcher at Kingston University where she is exploring Black British children and young people’s experiences of disclosing child sexual abuse. She tweets @jahninedavis.

If you would like further information or to cite her study, permission is required, please contact jahnine@listenupresearch.org

Guidance on child sexual abuse
Community Care Inform Children subscribers can access resources that help practitioners protect children from CSA and support victims in the child sexual abuse knowledge and practice hub. Risk factors, signs and indicators can help you identify a young person at risk; Understanding ‘disclosures’ explores how to make telling a two-way process so responsibility for seeking help is not all on the child and Supporting children to speak about sexual abuse provides tips on working supportively and the impact of trauma. Find information and answers to FAQs about accessing CC Inform here.

Critical reflection: how to develop it in your practice
Social Work England ‘on track’ as it prepares to take over regulation of profession on 2 December

3 Responses to ‘Where are the Black girls in our CSA services, studies and statistics?’