Average male social worker now earns 3.4% more than average female, despite there being no gap in 2016

By Charlotte Carter on December 11, 2019 in Workforce 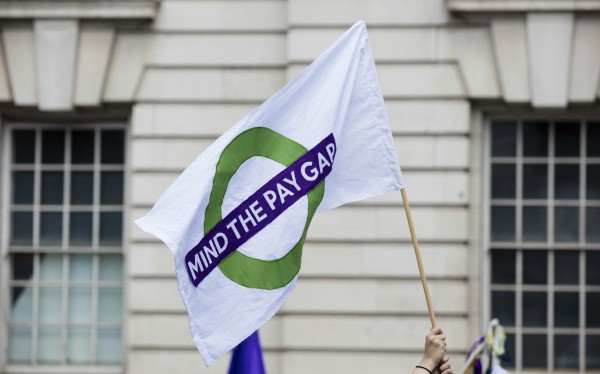 A  gender pay gap in social work has opened up over the past three years during which men’s pay has edged ahead of women’s, official data has shown.

As of April 2019, the median average female social worker was paid 3.4% less the median male. In 2016, women earned very slightly more than men on average, but since then a gap has grown in favour of male practitioners, according to the data from the Office for National Statistics.

The social work gap in 2019 was comparable to those of other female-dominated public service professions including nurses and primary and nursing teaching professionals (both 2.6%).

How the pay gap is calculated

The gender pay gap is the difference between average hourly earnings (excluding overtime) of men and women as a proportion of men’s average hourly earnings (excluding overtime). It is a measure across all jobs in the sector, not of the difference in pay between men and women for doing the same job. The pay gap for social workers has emerged since 2016, when it was -0.3% (i.e. women earned more), rising to 0.7% in 2017, 3.3% in 2018 and 3.4% in 2019.

It is not clear why the gap has grown in the past three years among frontline practitioners, as there is little available data to draw on, for example, in relation to the gender breakdown of specific social work roles and how this has changed over time.

Approved mental health professionals (AMHPs), who tend to be paid more than non-AMHP social workers, were disproportionately male in England, a Skills for Care report published last year found. However, this doesn’t show changes in the gender breakdown of AMHPs over time and the statistics quoted date back to 2017, when the gender pay gap overall was small.

Claudia Megele, chair of the Principal Children and Families Social Work Network (PCFSW), said it was obvious that current approaches were insufficient in addressing the “prevailing and pervasive gender gap”.

“What is needed is a more proactive policy and approach to addressing gender inequalities and regular monitoring and publication of gender gap data by all employers,” she said.

Beverley Latania, co-chair of the Adult Principal Social Worker Network, said: “Social work is a challenging role and a profession which should be transparent and open about the rates of pay between its workers.”

However, she also raised broader issues around diversity in the profession, particularly in relation to PSWs.

Latania cited a recent survey of children’s and adults’ PSWs that found that three-quarters of respondents were female, 86% white, two-thirds aged 45-59 and just 3% had a disability.

She said this showed the need to attract more men and people from black, Asian and minority ethnic communities into the profession more generally, as well as PSW roles.

Rachel Dickinson, president of the Association of Directors of Children’s Services, said: “It’s important that social workers are properly recognised and remunerated for their part in keeping vulnerable children and young people safe from harm,” she said.

“As leaders of children’s services we are committed to achieving a diverse workforce through encouraging more people well-suited to the role to choose social work as a career.”

2 Responses to Gender pay gap opens up in social work