What the Conservatives’ election victory means for social care

While the party made some pledges in relation to social care during the campaign, there remain many unanswered questions about what its latest term in office will mean for the sector

By Mithran Samuel on December 13, 2019 in Adults, Children, Workforce 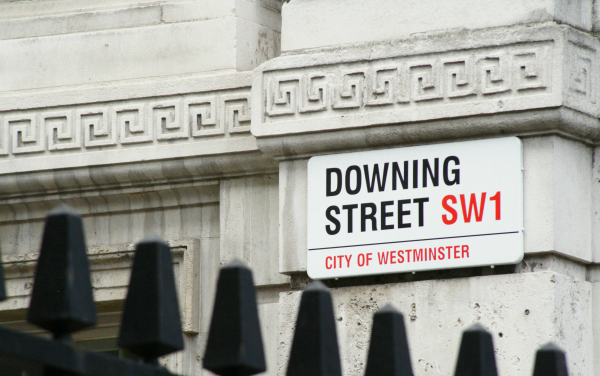 The Conservatives’ election victory means five more years of Tory rule; but what does it mean for social care?

As we reported last week, the Conservatives’ offer to the sector was much more limited than Labour’s, and there was no mention of social care in prime minister Boris Johnson’s victory speech this morning.

However, the party has listed as a priority for its first 100 days in office – between now and late March –  the initiation of cross-party talks on the long-term reform of adult social care.

Before polling day, Labour shadow health secretary Jonathan Ashworth said the party would be prepared to enter such talks but nothing has been said about what form they would take, or what their remit and timescales would be.

So what might be under discussion and what possible solutions may emerge? With legislation in place around how the care system works in England in the shape of the Care Act 2014, the key areas in need of resolution are resourcing that system adequately and widening its scope so that more people with needs can benefit, rather than just those who qualify under the current means test.

On funding the existing system, the government has pledged to extend its planned £1bn for 2020-21 in additional funding for social care – both adults’ and children’s – so that is available for every year of this Parliament, due to end in 2024.

This is far short of Labour’s pledge to increase funding for the existing adult care system by £3.5bn a year, equivalent to the Local Government Association’s estimate of the gap between need and resource that will have opened up by 2025.

They have also committed not to raise the rates of income tax, VAT and national insurance and would not borrow to fund day-to-day spending. So where might additional funding for social care come from?

The same question haunts the issue of extending the scope of adult social care to cover people currently excluded by means-testing. There seems next to no prospect of the Conservatives accepting Labour’s £6bn-a-year pledge to provide free personal care for older people (which the opposition party would have sought to extend to cover working-age disabled adults over time).

What the Tories have said is that they want to ensure that no one is forced to sell their home to pay for care. But what does this mean? Would it entail extending access to deferred payment agreements, loans to pay for care taken out against the value of people’s homes that are repaid when the home is sold, often after the person’s death? Or does it mean no longer counting a person’s home within the means test for residential care, which would make many more people eligible for publicly-funded care.

In relation to the latter idea, public spending analysts the Institute for Fiscal Studies said: “Whether this is even a step towards fixing the system is debatable though, as it could mean unfair differences between people who hold more of their wealth in their house and those who hold more of it in financial assets – such as those who have traded down, or have been renting. It could also cost several billion pounds, which is unaccounted for.”

Another option is returning to the idea that was legislated for in the Care Act but is yet to be implemented: a cap on lifetime social care costs, to protect people against catastrophic liabilities for care. Labour pledged such a cap in its manifesto, at £100,000, but did not set out how it would work or what the price tag would be.

The cap provided for under the Care Act would have been set at £72,000 at its planned implementation date of 2016. Under this policy, self-funders with eligible needs not met by a carer would receive free care after reaching the cap, which would be calculated based on how much their local authority would have spent on their needs had it been required to do so.

Given that the Conservatives ditched the cap idea in 2017, it may be reluctant to return to it, but it may provide an opportunity for cross-party agreement without a substantial price tag.

What about children’s social care?

The Tory manifesto contains even less detail in relation to children’s social care than adults’. Children’s services departments will benefit from the continuation of the £1bn-a-year social care grant. However, it will be up to local authorities to decide how they divide the money between the two services, and the Association of Directors of Adult Social Services calculated that last year it has previously been split 54:46 in favour of adults’ services.

The Conservatives’ key pledge is to “review the care system to make sure that all care placements and settings are providing children and young adults with the support they need”.

Few would disagree with the need for such a review, despite there having been relatively recent government-ordered inquiries into the fostering system and residential care, both of which were led by Sir Martin Narey.

The care population reached 78,150 in March 2019, up from 64,400 in 2010. Shortages of placements are leading to children and young people being placed far from home, or in unregulated provision, and loading substantial cost pressures onto local authorities. And the role of private equity-backed provision in fostering and residential care is a “source of considerable worry” for directors of children’s services, Association of Directors of Children’s Services president Rachel Dickinson said last month.

But there is no detail on when such a review would take place or what it would focus on – aside from the reference in the Conservative manifesto to the party wanting to “prioritise stable, loving placements for those children – adoption where possible or foster parents recruited by the local authority”. This may imply an attempt to reverse the downward trend in adoptions since 2015, reviving the intense policy focus on this area under Michael Gove’s tenure as education secretary from 2010-14.

At the other end of the spectrum of need, the Conservatives have pledged to “improve the Troubled Families programme and champion family hubs to serve vulnerable families with the intensive, integrated support they need to care for children”.

While family hubs – an expansion of the children’s centre model – have been supported by the children’s commissioner, among others, the Conservatives have provided no detail on how such provision would be expanded and with what price tag.

The Troubled Families programme, which seeks to “turn around” families with multiple problems through key worker support, appears to have reduced the numbers of children in care, an evaluation report published last year found. Staff interviewed for the evaluation also believed it was reducing pressures on children’s social care – though there was no apparent impact on the numbers of children in need or, over the long-term, on numbers on child protection plans.

But again there is no detail on what improving the programme means.

Can we expect anything on social work?

There was no reference to social work in the Conservative manifesto or campaign, though this omission was something the party shared with its opponents.

The incoming government does have some decisions to make in relation to the profession, notably whether it presses go on the rollout of the national assessment and accreditation system (NAAS) for children’s social workers and supervisors. But it is unlikely that further policy development in social work will be forthcoming anytime soon.

The answers to some of these outstanding questions may come on 19 December, when the Queen’s Speech – the second of the year – takes place. But, in the context of Brexit and other public spending priorities, it may be some time before the contours of what the latest Tory government will mean for social care become clear.