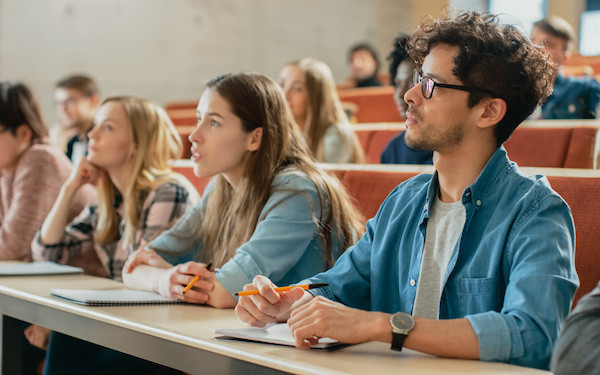 Fast-track training provider Frontline has missed a government target for the proportion of trainees gaining a master’s on the programme, new figures have revealed.

Data covering the fast-track provider’s 2017 cohort of students, who are the most recent to have completed the two-year programme, showed that, to date, 63% (159) of the 251 who commenced a master’s had achieved the qualification.

A further 24 individuals are still completing the course’s academic element, setting a maximum attainment level of 73%.

The figures are comparable to those achieved by the 2016 cohort, of whom 68% (88 from 130) of master’s starters gaining the qualification.

But they fall well short of indicative key performance indicators (KPIs) set in Frontline’s 2017 to 2019 contract with the Department for Education (DfE), which say 90% of master’s starters should successfully complete their studies. The results for the 2016 and 2017 cohorts mark a sharp drop from the 87% and 84% achieved in the 2014 and 2015 cohorts.

The master’s is undertaken as part of the second year of Frontline’s programme, during which students are working as newly-qualified social workers within local authority children’s services departments and also carrying out their assessed and supported year in employment (ASYE).

The 2017 cohort marked a significant expansion of the programme, with an initial 282 trainees, up from 155 in 2016. Last year, students from the 2017 cohort came forward raising concerns relating to how Frontline has managed the expansion of its programme, after the provider axed a move to make the master’s compulsory, citing the pressure this was putting on trainees.

Under Frontline’s most recent £45m contract with the DfE, which commences this year, the target pass rate has been dropped to 70% of master’s starters, just above that achieved to date by the most recent two cohorts.

The new dataset was released by the University of Bedfordshire under freedom of information (FOI) legislation in response to a request made by a member of the public. Prior to 2017, the university delivered Frontline’s academic programme. That year, Frontline took teaching in-house – with mixed results, according to some participants – but has continued to use the university to accredit and quality-assure work.

The overall results for 2017 are broadly mirrored by local information recently released by 17 of the 46 councils who participated in Frontline’s 2017 cohort, in response to FOI requests by Community Care.

Across those 17 local authorities, 10 of which had previously taken part in Frontline, 61 out of 88 students (69%) who started their master’s also completed it.

But the individual responses reveal sharp differences in how successful the programme has been in different locations.

While several councils reported that all of their Frontline trainees had successfully completed their master’s, almost half recorded attainment rates of 50% or less.

The FOI data shows Frontline students consistently qualify as social workers at the end of the first year with their local authority, which follows a five-week ‘summer institute’ covering social work theory. Of the 2017 cohort, 91% (257) of 282 starters passed their first year and became social workers, meeting the DfE’s 90% KPI target.

But it raises questions as to the value of the master’s element of Frontline’s programme, which was estimated by a 2016 assessment as costing the government almost £46,000 per trainee in 2016.

The DfE was due to release a Cardiff University-authored report before the end of 2019 evaluating Frontline as well as Step Up to Social Work, an alternative fast-track programme delivered by a group of universities, which does not involve a master’s. But this was delayed, ostensibly due to the recent general election, and has yet to surface.

In the meantime some local authorities have told Community Care they are transferring their attentions from fast-track schemes to the new social work apprenticeships, through which existing employees can train as social workers.

‘We are continuing to evolve’

Responding to the figures, a Frontline spokesperson said: “We’re continuing to evolve and make improvements across all aspects of our programmes, and feedback from our participants is at the heart of this – for example we’ve recently adjusted the timings of teaching and assignment dates to ease the transition into year two. This was also the reason that, since mid-2017, the final 60 credits of our two-year programme have not been compulsory.

“We are very pleased that 70% of participants still choose to complete this element, and that it remains for many an invaluable part of their journey as a social worker,” the spokesperson said. “However, we understand there will always be participants for whom completing the programme without it will be the best option due to personal priorities or circumstances, for example being a parent with young children. We are proud of the achievements of all our participants and fellows, and the real change they are bringing about for families and in broader society.

The spokesperson added: “The current crisis has highlighted more than ever before how vital social workers are to the most vulnerable in communities, and our focus is on supporting our participants through this difficult time, ensuring they can complete the programme and become the excellent social workers that children and families are relying on.”

Community Care has also contacted the DfE for comment and will update this article as and when we receive responses.