Too little 'thinking the unthinkable' at the highest levels has left the sector 'starting from a long way back', says Ruth Allen as social workers call for consistent national guidance around coronavirus 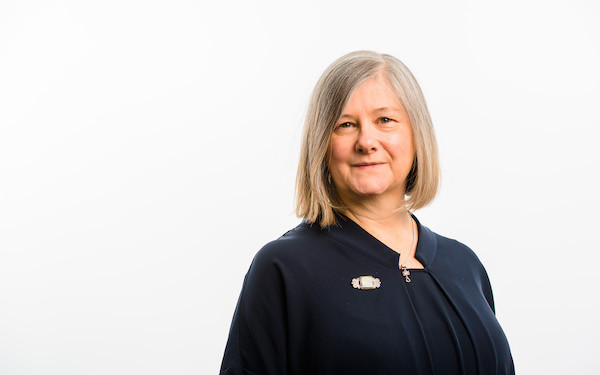 The lack of national pandemic protocols has left social work “starting from a long way back” as employers grapple with their responses to the Covid-19 crisis, the chief executive of the British Association of Social Workers (BASW) has warned.

National and local news stories have this week – in part because of lobbying by the association – highlighted that social workers and social care staff have, like health service colleagues, been left in the lurch by a countrywide shortage of personal protective equipment (PPE).

An ongoing survey being run by BASW, which more than 1,400 practitioners have now completed, put the lack of PPE at the top of a list of concerns that must be addressed in order to support social workers to practise safely.

But many of the other key worries being raised by practitioners centre on the lack of consistent guidance around  crucial areas of work – including keeping themselves and families safe, working out which areas of statutory practice must be prioritised, and where accountability lies if needs cannot be met. Similar frustrations are being voiced every day on social media.

“People have got hold of the PPE thing – social workers are quite rightly saying, ‘It’s not just an issue for doctors but also for us’,” Ruth Allen told Community Care. “But this situation is throwing up the fact that we haven’t had good protocols around infection risk and social work, of which equipment is part – there is no national guidance on social workers’ role in disasters and emergencies.”

Covid-19: how has social work responded to the coronavirus crisis?

BASW has in fact been working up such guidance for some time now, which has Department of Health and Social Care (DHSC) and Association of Directors of Adult Social Services (ADASS) signoff and is being tailored for the current situation with a view to publishing it soon. But so far there has been nothing else at national or governmental level.

“With this [situation], we are seeing sort of a slow-motion, much bigger-scale version of the kind of problems we saw with the Grenfell Tower disaster, where there are real problems of co-ordinating responses because there hasn’t been preparation for what happens when the unthinkable happens,” Allen added, stressing that this was despite a great deal of positive work by individual councils and charities.

‘Coherent advice across all contexts’

BASW is now taking part in weekly meetings with the Department for Education (DfE), DHSC and Social Work England, via which social workers’ concerns are being raised.

The Association of Directors of Children’s Services (ADCS) and ADASS, and the adult and children’s principal social worker networks are also in communication with the government departments and feeding in practitioners’ perspectives.

She added that adults’ and children’s services’ strategic and operational separation had made the provision of standard lines of advice from government departments more difficult, but that BASW was working to ensure coherent messaging comes out, for example around home visiting and community working.

‘Students are not in a position to make demands’

Another key area of confusion has surrounded social work students on placement, with different approaches being taken by different councils and higher education institutions (HEIs). Many employers are also issuing callouts for students to step into paid or voluntary roles in order to support social workers and communities.

On 26 March Social Work England updated its guidance, which emphasises that “student wellbeing, safety and the need for adequate support and supervision should always be the primary concern when considering whether placements should continue”. The regulator added that where students are engaged either in paid or voluntary roles, these should not be considered as practice placements – but that learning from the roles could be considered retrospectively by HEIs where placements had been curtailed.

“In my view there should be a clear national steer that social work students are not on placement during this period, can work from home and all have a pathway to do so without fear of not being able to complete, or afford to complete studies,” Allen said. She added that the Joint University Council Social Work Education Committee (JUCSWEC) was working with Social Work England to clarify the situation.

“If, separately, students want to volunteer or be hired as social work assistants, that’s fine and if universities want to take that into account as relevant experience that may be fine too – but it should be a matter of choice,” Allen said. “Students, if they are in a workplace that isn’t being as ultra-careful as it needs to be, or if they just don’t know stuff because they are students, are not in position to demand things – it’s difficult enough for experienced social workers to make health and safety requirements known.”

‘We are thinking about the aftermath’

Looking beyond the immediate scramble to get abreast of working during this time of coronavirus, Allen said it was crucial to map out the likely changing needs of social workers and people they support as the pandemic moves through different stages. While social workers are likely to keep their jobs, their partners may not, and many may also face the personal impacts of heightened work pressures, sickness or bereavement.

“We are thinking about dealing with things now, at the peak, if we get it [as predicted], and then in the aftermath,” she said. “We are pulling people back around this crisis, they may be very enthusiastic, and that adrenaline will keep them going. But if things pan out in a worst-case scenario, where that will leave the workforce in six months time – will they be motivated, or burnt-out?”

How that pans out will depend not just on the severity of the Covid-19 epidemic but on how social workers and their colleagues in the wider social care workforce are treated by their employers and by national leaders and politicians.

“We will be pushing hard to ensure social workers get good recognition for what they do, during this period and afterwards – recognition, respect, and being treated fairly,” Allen said. “Social workers need a space to offload, supervision, debriefs, all those things must be in place while the emergency is running, and will help them afterwards.”

In the current shifting landscape – including, this week, the passing of the Coronavirus Act, which enables key statutory duties to be suspended – Allen said social workers needed more than ever to be able to focus on their core roles, and on keeping themselves able to perform them.

Of the new legislation, Allen said its potential for undermining the Care Act in particular was a “real worry”. But she added that it was crucial practitioners keep in mind that its emergency provisions had not been put into force, and that not all of them would necessarily be triggered.

“As things stand nothing has yet changed around the Care Act and Mental Health Act – if it does, I think our role as social workers, our ethical responsibility, is to try to monitor the impact mitigate it where possible in day-to-day practice,” Allen said.

“As an organisation we’ll keep saying, ‘Your job is to uphold people’s rights, and to be an ethical and moral compass – but the first priority is that people look after themselves so they are well enough to do that.'”