By Alex Turner on May 4, 2020 in Children, Social work leaders 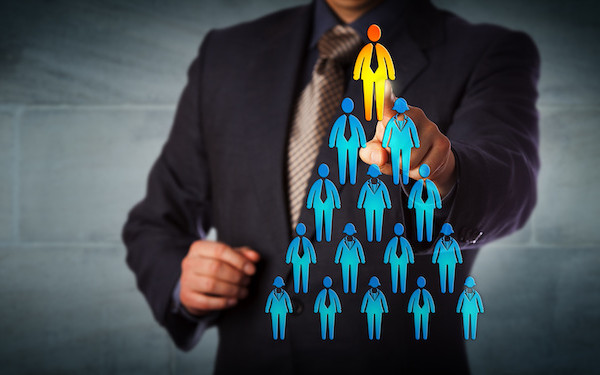 Turnover among directors of children’s services increased over the past 12 months, to its third-highest level, a report has revealed.

Annual analysis by the Association of Directors of Children’s Services (ADCS) revealed that the first three months of 2020 saw the highest recorded single-quarter churn of DCSs, with 21 changes of postholder during that time.

Across the full 2019-20 financial year, there were 57 changes of DCS, including interim appointments, with 48 councils seeing a change over the 12-month period.

London, with 32 boroughs, saw the highest absolute number of in-year changes – 15 – while the East Midlands, which has only nine local authorities, was the only region to record a turnover rate higher than 50%.

The number of so-called ‘twin-hatter’ DCSs, who also take statutory responsibility for adult social services, continued a longstanding decline and now sits at 31, its lowest level since 2011.

Around half of DCS appointments saw an assistant director stepping up to the top job, while just over a third third saw existing DCSs moving jobs.

“All of the changes have been filled with experienced local government leaders,” the report said, pointing to this as evidence of stability in leadership “and that experience and expertise remain in the system”.

John Coughlan, the chief executive of Hampshire council and a joint founding president of the ADCS back in 2006-07, agreed that the association’s analysis showed “at least some stabilising of the role” in relation to previous peaks.

But he acknowledged this was in the context of longstanding instability among posts that were critical to the success of both children’s services and the local authorities of which they are part. Coughlan has in the past warned of “damaging” turnover among DCSs, warning that the role could become unmanageable because of the intense level of media scrutiny it attracts.

“The Covid-19 context is going to be huge and long-running for vulnerable children,” Coughlan told Community Care, reiterating warnings many have made around a looming spike in referrals once lockdowns are lifted, and of the broader impact of recession on disadvantaged children and families. “We need well-prepared and dedicated children’s leadership to be ready for this.”

Coughlan said he welcomed recent “substantial and long overdue progress” by the Department for Education on resurrecting a national DCS leadership programme to develop succession planning and a supply chain for the role.

“That programme had been an early victim of austerity ten years ago,” Coughlan said. “That must not be allowed to happen again.”

Jenny Coles, the current ADCS president, said that while changes were up on the previous year, 22 of these related to interim appointments due to the need for the statutory DCS role to always have a holder.

“The average tenure of a DCS in the same local authority remains similar to last year, at 29 months, as does the average length of time served as a DCS when factoring in cumulative time spent in multiple local authorities, at almost four years [45 months],” Coles said.

But she warned that the analysis, which for the first time reported on ethnicity, showed starkly that there “are not enough black and minority ethnic directors across the country”.

Of 94 DCSs who provided data, 94% identified as white British (84%), white Irish (3%) or other white (7%). Only 1% identified as black African, with the same percentage for black Caribbean and white and Asian.

For comparison, 78% of children’s social workers in the latest census from the Department for Education are white, with 12% black, 6% Asian and 4% mixed.

“The DCS role is one of the best in local government and although ethnicity is irrelevant to a person’s capability to do the job, as is their age, gender or any disability, supporting anyone working in children’s services to progress to senior and leadership roles, if they wish to, continues to be a focus for local authorities and ADCS,” Coles said.

“It is so important that our workforce reflects our local communities and that the children we work with can see that they too can aspire to be a future leader of children’s services by seeing themselves in the staff who work with them.”

Team Manager (Children with Disabilities)
Social workers and social care practitioners: tell us about Covid-19’s impact on your work life