There has been a weak response from social work leaders to George Floyd's killing. Practitioners must re-evaluate their roles to act as effective allies for people from Black and ethnic minority groups, says Wayne Reid 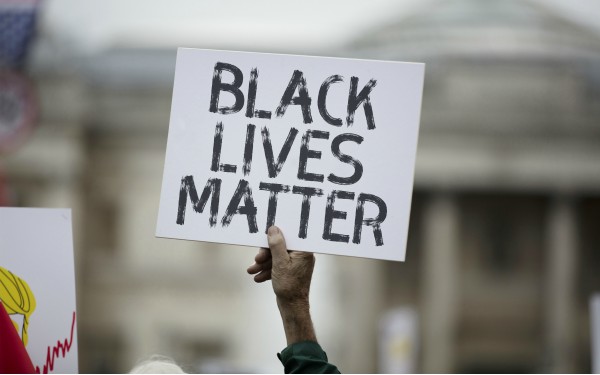 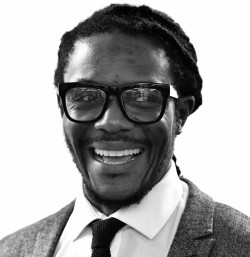 The murder of George Floyd is the latest in a long line of atrocities and brutalities endured by the global Black community.

This has a long history – longer than is sometimes convenient for honest acknowledgement. I notice some commentators are referring to George’s ‘death’, which is a dilution of what occurred. George was brutally murdered by a police officer and the world has seen the evidence.

The context to George’s murder is emotive and cumulative: endless examples of police brutality cases in the US and UK, modern-day systems of oppression and the historic and ongoing suppression of the effects of slavery and colonialism in mainstream education.

These factors can accumulate and create an acute sense of anger and rage. These emotions can manifest in civil disorder and criminality. It has been evidenced that anarchic extremists are infiltrating protests to covertly fuel acts of looting and violence, which is then reported by the media in such ways as to discredit the protesters. This detracts from the causal factors that have triggered the protests – and if we want to discuss looting, how about the longstanding looting of Africa’s natural resources?

As a Black British male social worker, I write this article on Black Lives Matter wearing numerous hats, as this issue affects me deeply, both personally and professionally. Clearly, my opinion cannot and should not be understood as representing all Black and ethnic minority people or practitioners. We are not a homogeneous group.

It was important to me for my employer, the British Association of Social Workers (BASW), to publish our organisational position statements before I wrote this article, as I refuse to be the tokenistic ‘Black voice’ of BASW. I’m one of many Black voices in social work. It is my reality, that my role enables me to be heard more broadly than others.

I’m immensely proud of the authenticity and candour of BASW’s statements responding to George’s murder and in support of the fight against racialised discrimination.

Those who follow me on Twitter, or who are on my mailing list, will have observed my campaign to educate, empower and equip Black and ethnic minority people – and importantly our allies – with various information and resources.

On occasions, I have been outspoken about the delayed/weak position statements and responses from prominent social work leaders and organisations. Given that social work’s core values and ethics are deep-rooted in anti-oppressive practice and social justice, this eventuality has been particularly disappointing for me and many others within the profession.

Sadly, these values and ethics appear sometimes to have been taken for granted, diluted or ignored in recent years/decades. Perhaps austerity has desensitised us?

Overall, I’m sure Black and ethnic minority social workers and service users will welcome the late (if weak) acknowledgements and platitudes from some of the social work elite. The statements will send a necessary message to employers and other stakeholders across the profession about the relevance of current world events to social work policy, practice and education.

However, I think some of the statements could be strengthened by providing a clearer commitment to systemic reforms to eradicate all forms of racism through specific, measurable, achievable and realistic targets.

During the furore surrounding George’s murder, some individuals/organisations have recoiled at the suggestion they may be racist.

I’m not a racist!” is the common response, the accusations seemingly worse than the facts.

I would argue that racism is not an absolute mindset; instead it’s a rather fluid one. There are degrees of racism. I imagine very few people reading this article would identify with extreme right-wing neo-Nazi racism, but many will have stereotypical views about certain ethnic groups which they project in everyday situations if they are honest and self-aware.

There is a structural and lazy acceptance that ‘lower-level’ prejudice and oppression are somehow separate – with the former being considered a less important issue. However, I believe that tackling such prejudice would engender a real decrease in the overt, violent forms of ‘race-related hate’.

In my view, the spectrums of white privilege and white supremacy are also broad – not absolute. This graphic, distinguishing between overt and covert white supremacy, best describes my views.

Fundamentally, there are a range of behaviours and oppressive systems that are socially acceptable, which we must address and redress to tackle racism effectively in all its ugly manifestations. For example, the statement ‘all lives matter’ is covert racism, as it ignores the history and current circumstances of Black people globally. Physical colonisation and slavery may no longer be acceptable or legal, but colonisation and slavery of the mind has been the norm since their abolition. Black lives matter applies then, now and always.

The recent misdemeanours of Dominic Cummings show us there are clear double standards; not just from a class perspective (which was perpetuated by the media), but also through the lens of white privilege. I wonder how Raheem Sterling would have been portrayed flouting the lockdown rules.

Terms such as ‘Commonwealth’, ‘hostile environment’, and ‘BAME’ need to be re-examined. BAME does not describe who I am. BAME is a clumsy, cluttered and incoherent acronym that is opportune for categorising people of colour as a homogenous group – when we quite clearly are not.

Of course, I cannot speak for all people of colour. I understand that ‘BAME’ can be operationally helpful when exploring the overarching effects of all things racist. However, it misses so much nuance and subtlety, and can be seized upon by those who wish to deny racism as a white problem.

Routinely, I hear people comfortably stating that BAME people “can’t even agree amongst themselves”. This sloppy reductivism leads to terms being invented such as ‘Black on Black’ crime. I have not heard about “White on White” crime – ever.

Some quarters consider having a small minority of people from Black and ethnic minority groups who reach positions of power (including within the current Cabinet), as progress, in and of itself. I respectfully disagree and would go so far as to say it is actually unhelpful.

I think a contingent of these people only seem to identify as being people of colour when it is expedient. Often, they have championed policies that in fact would have previously disadvantaged their own families – which is basically ‘pulling up the drawbridge’ and morally bankrupt.

In some ways it is worse than having a ‘conventional racist’ at the helm. To quote Malcolm X: “I have more respect for a [person] who lets me know where [they stand], even if [they are] wrong, than the one who comes up like an angel and is nothing but a devil.”

Politicians have form for allowing their personal ambitions to override ethics and morality. Their denials can play beautifully into the hands of those who seek to maintain the existing order. As black and ethnic minority representation is disproportionately very low, these people do not necessarily use their power for good and structural inequalities remain unchanged.

‘White allies’ and what they can do

At this current juncture in race relations, there has been much discussion about how ‘white allies’ can be ‘anti-racist’ and supportive to the cause. Of course, allies can be personal and/or professional. So, what is really behind those awkward smiles and sugary sympathy? Actions most definitely speak louder than words. It’s time for all well-intentioned platitudes and recycled rhetoric to be converted into meaningful activism and ‘root and branch’ reform.

This link will provide allies with relevant resources on their journey.

‘Blackout Day’, on 7 July 2020, is when Black and ethnic minority people (and their allies) will not spend any money (or if they must, only at Black businesses). This is so important, as it sends a strong message to the capitalist elite in the only language they understand – money. See this video for more information on Blackout Day.  We must build on this impetus and momentum to be taken seriously.

It is imperative that social workers evaluate their roles and (moral and regulatory) responsibilities. Current race relations require social workers to be proactive and do our homework to stay contemporarily astute as allies to Black and ethnic minority colleagues and service users.

There are various opportunities through BASW to develop your expertise in this area with our equality, diversity & inclusion group, events, branch meetings and training programmes. Also, I will be leading a Black & ethnic professionals symposium for BASW members in the coming weeks, so do contact me at wayne.reid@basw.co.uk or @wayne_reid79 if this is of interest.

We all know that organisations are at times avoidant of these issues, but as social workers we must recognise that silence on racism is complicity with the oppressors. BASW will not remain silent on this issue and we implore you to do the same.

‘One world, one race… the human race!’

41 Responses to Black Lives Matter: social work must respond with action – not platitudes