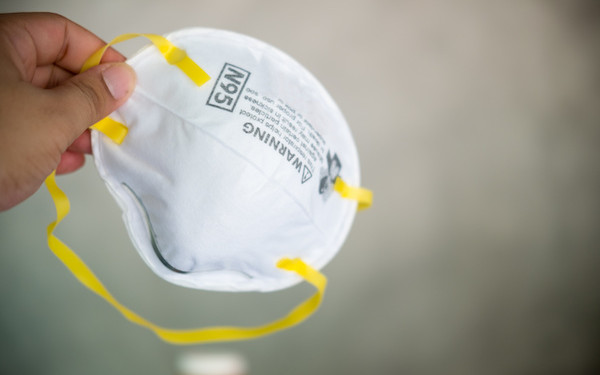 A combination of systemic factors have driven children’s social workers to take risks during the coronavirus pandemic, a study has found.

An initial briefing paper published this week from the ongoing research project found nine overlapping influences on social workers’ decisions, and in particular on when and how they conducted visits. These included professional values, government guidance and its interpretation, availability of IT provision for staff and for families, access to personal protective equipment (PPE) provision, organisational openness to innovation and fears around imminent inspection.

All social workers who had contributed to the study – conducted across four local authorities – and had entered family homes described maintaining social distancing with young people as being impossible.

The paper called for staff to be given clearer and more consistent guidance that made clear they did not need to take personal risks they felt uncomfortable with.

It added that that leaders and managers – including within Ofsted – must address “organisational anxieties” by reiterating to frontline staff that the constraints Covid-19 has placed on practice will be taken into account in future monitoring and inspections.

The initial findings add depth to those of a recent national Community Care survey. Among our respondents, 63% of children’s social workers said they had carried out duties during the pandemic that caused them anxiety around infection risks. Only 37% of adults’ practitioners said likewise.

‘Significant differences’ based on technology

One key finding of the new study was that regardless of any guidance, social worker risk taking had been influenced by their equipment. Where provision of IT and, in particular, mobile technology was poor, many simply were not able to make the virtual visits that have become favoured for families deemed to have lower needs, making face-to-face visits more common.

“There were significant differences, from places where workers are given good smartphones, because WhatsApp is very popular with families,” said Harry Ferguson, a professor at the University of Birmingham who is leading the study.

“If it’s not possible to put that on your work phone, and families are not able to use Microsoft Teams, then virtual visits not on agenda – you see people by turning up, trying to do doorstep visits or seeing children in gardens where possible, but also going into homes.”

The availability of PPE also inevitably affected the level of risk practitioners have had to embrace. The study found that, several months into the pandemic, supply still varied from authority to authority, with variations in policy around when it could be used adding to the complexity of the picture.

Initial government guidance from April – which was widely criticised at the time – also suggested there was no need for children’s social workers to don PPE unless families were symptomatic. An update to the guidance in May continued to suggest this was the case but that social workers should take precautions including frequent hand-washing and social distancing, and using PPE if they felt a risk to themselves or others.

The study said: These recommendations and caveats provide considerable scope for varied local implementation. Our data clearly suggest that it is possible for local authorities and managers to interpret this PPE guidance and assess the risk to social workers in significantly different ways.”

But social workers’ own attitudes towards dealing with children while masked and gowned also fed into their habits around PPE, researchers found.

“Social workers generally require little persuasion not to use PPE because they dislike wearing it so much, especially the mask, regarding it as a barrier to communication and relationships with children,” the paper said, while acknowledging there were also many exceptions to this rule.

More broadly, practitioners had to balance trying to adhere to social distancing with the desire to “humanely and sensitively” provide children with the nurture they need, it added.

“Social workers in this study talked passionately about how important this is to them, being able to go into a child’s life, get down on the floor, get alongside and play with them,” Ferguson said. “Where children initiate touch, they agonise about how not to reject them when they may have already experienced rejection. So they accept it – it’s a very powerful driver.”

Ferguson added that managerial focus on performance, rather than reflecting on coping with additional risk and anxiety during the pandemic, could make it more likely that social workers burn out.

“Clearer guidance and more consistent interpretation would help,” he added. “This isn’t just about personal choice but about the systemic processes, pressures and the messages workers get.”

Responding to the initial findings, BASW England national director Maris Stratulis said they mirrored key messages from BASW’s own Covid-19 survey and reinforced that there is regional and local variation at a systems, leadership, and operational level.

“There is no doubt social workers have been and continue to be selfless public servants pre- and during Covid-19,” Stratulis said. “Home visits are complex and social workers need to be given the tools, resources, and support to do their jobs, including safe space to discuss ethical dilemmas and wellbeing of self and others. By the very nature of undertaking home visits during Covid 19, risks have been taken.”

Stratulis said the sector must learn from the research and the ever-increasing evidence, which it fed into, of stark social inequalities.

“To enable social workers and the next generation of social workers to support families and safeguard children, leaders and organisations need to reshape managing risk through the lens of Covid-19,” she said. “Children, families and members of the public need to be made aware of what they can expect from social workers; in turn the workforce need to be given the right advice, support, PPE, clear guidance and resources to carry out their roles.”