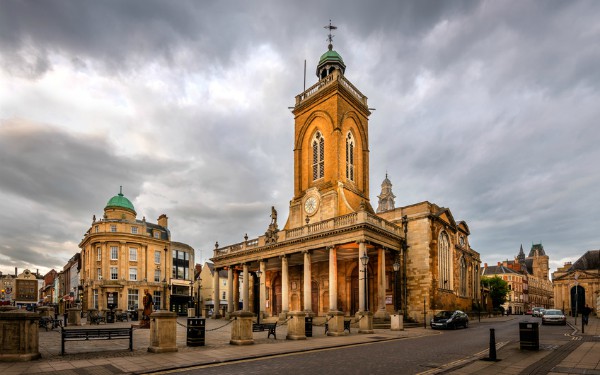 Government-appointed commissioners at Northamptonshire are “committed” to establishing the county’s delayed independent children’s services trust early next year, according to a new report.

An update prepared for the Department for Education (DfE) by Andrew Christie and Clare Chamberlain, who are overseeing improvements in the borough, reiterated the commissioners’ view that the new organisation is “critical” to securing lasting change in the county.

Northamptonshire is due to be split into two new unitary authorities on 1 April 2021, which the new report said must be seen as the final deadline for the children’s services trust’s establishment. A revised statutory direction issued by the DfE at the same time as the report ordered the council to ensure the date was adhered to.

The commissioners wrote that they were “extremely concerned” about a contingency plan drawn up by the council to transfer children’s services temporarily into one of the new authorities.

“Any such arrangement would be likely to create more uncertainty and instability for the service; potentially jeopardising the progress being made,” they said.

Shortly before coronavirus brought the country to a standstill, Christie and Chamberlain’s previous update warned the trust’s original proposed launch date – this month – was likely to be unrealistic as work was proceeding too slowly.

Its immediate future was thrown into further doubt with the departure of chief executive James Thomas, who had been appointed on an interim basis in the knowledge that he had applied for a job at Tower Hamlets council.

The new report said Northamptonshire’s necessary focus on dealing with the pandemic had scuppered commissioners’ hopes of setting a revised launch date during the autumn. “As we are still in a position where we do not know how long we will remain in this situation, setting a date for an autumn go-live at this time would be overly optimistic.”

The commissioners noted though that “some progress” had been made during lockdown, with four non-executive directors having been appointed to the children’s services trust’s board, and a new interim chief executive also in post. The latter role has gone to Clive Heaphy, whose background is in finance and who joins from Birmingham council following an unsuccessful application to the vacant chief executive role there, which he had been filling on an interim basis.

Christie and Chamberlain also updated on service improvements at Northamptonshire, noting that new senior managers who took over late in 2019 were “growing in confidence” and successfully making changes.

“Oversight of individual team performance continues to improve and there is an enhanced understanding of the detail of cases with more streamlined processes in place,” the commissioners’ report said. “However, there is still some way to go and the impact of Covid-19 has created new challenges for the service.”

Positively, the report said Northamptonshire’s children’s services had met the extra stresses of coronavirus in a “timely and focused” manner and were “calm” having settled into new ways of working.

“Importantly, the council is working with strategic partners to highlight increased risks to vulnerable children as a result of self-isolation, lockdown and social distancing, to ensure safeguarding responsibilities continue to be fulfilled and to coordinate agencies’ responses during a time when some agencies have reduced staff capacity,” it said.

The report added that the DfE had provided an extra £1.5m this year to support improvement priorities.

A spokesperson for Northamptonshire council said the authority was “working hard” to meet the new trust launch deadline, with the recent senior appointments “providing us with the significant knowledge and expertise to drive forward progress of the establishment of the trust”.

Heaphy, the new interim chief executive, said: “This is a time of exciting change, and the trust will aspire to deliver outstanding social care services in Northamptonshire, with the aim of measurably improving the lives of children, young people and their families.”