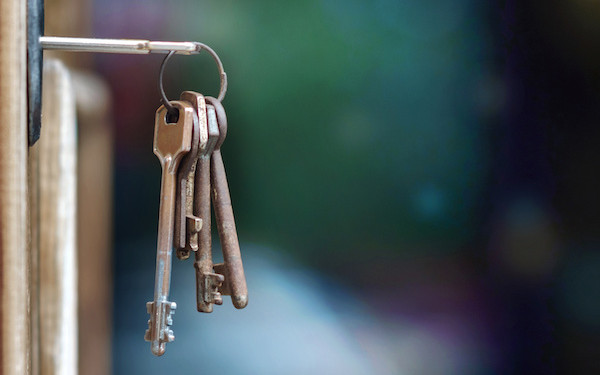 A child at risk of harming themselves and others has been deprived of their liberty in a council home for a month because of the national shortage of secure accommodation, a London borough has confirmed.

Marian James, the chair of Sutton council’s people committee and corporate parent forum, said a special arrangement made via a High Court order on 1 July remained in place due to the lack of a suitable placement for the teenager, named as ‘Z’.

In the judgment, published on 10 July, Mrs Justice Judd agreed Z could be detained in the local authority’s housing, with four staff members to “care for and contain” them at all times.

The judge made the order under the inherent jurisdiction of the High Court, which has in recent years been increasingly used to facilitate such unorthodox arrangements, where an order to restrict liberty cannot be made under section 25 of the Children Act 1989 because no regulated and registered secure placement is available.

“The regime proposed by the local authority most certainly does constitute a deprivation of Z’s liberty, for the level of supervision and restrictions proposed are far beyond what would be expected for a 13-year-old child,” Mrs Justice Judd said.

But with 48 hours before a placement at another secure unit was due to expire – due to the provider feeling unable to keep Z safe – the judge agreed the “draconian” measures represented an acceptable holding option.

‘Nothing can be done’

Z’s case forms the latest in a long line of published judgments that have expressed concern and anger at the longstanding dearth of secure placements.

Z had been living at home until October 2019 before a number of missing episodes had led to Sutton council becoming involved and accommodating the teenager. An interim care order was made the following month after Z threatened and hurt other children and self-harmed, together with a secure accommodation order under section 25 that was subsequently extended to 5 September.

“[The latter order] was made on the grounds that the child had a history of absconding and that if Z did abscond was likely to suffer significant harm,” Justice Judd said. “The order was unopposed by the parents and supported by Z’s guardian.”

More on the secure accommodation crisis

However, Z’s behaviour had continued in a similar though “more serious” vein within the secure unit, requiring hospital treatment on one occasion involving restraint, leading to notice being served by the accommodation provider on 27 May.

The judge, who thanked Sutton staff for their efforts to find another suitable place for Z, noted that 30 institutions around the UK – both regulated secure accommodation and unregulated placements had been approached but that nothing was available. The judge said she had heard 40 children were awaiting secure placements at the time of the judgment.

Justice Judd added that a lawyer representing the Department for Education had been invited to Z’s hearing to see if the government could suggest any solutions.

“The response was quite clear. There is nothing that can be done and the local authority will have to keep searching,” the judge said, granting the order and recommending the case return to court within 14 days.

‘Working positively with the young person’

In response to a request for an update on the case, Sutton’s Marian James said the council “continues to support a young person in its care”.

“A nationwide lack of secure placement provision means we are having to explore different means of providing safe support for vulnerable children and young people,” James said. “As a result of this national shortage a special application continues to be in place and is subject to review.”

The BBC has reported a sharp rise in the number of deprivation of liberty orders obtained for children and young people in England and Wales, from 43 in 2016-17 to 134 in 2018-19, based on a Freedom of Information request answered by 91 of 170 councils.

Though not specifically requested, further investigation found that the orders were almost wholly under the inherent jurisdiction of the High Court or under the Court of Protection, in relation to young people who lack capacity to make relevant decisions for themselves.

She added that the authority was “working with the young person in a positive way that is leading to improved outcomes”.

Anne Longfield, the Children’s Commissioner for England, who was represented at Z’s hearing, said she was “deeply concerned” about the number of cases where children had reached a crisis point, but could not be found anywhere safe to live, either in a secure mental health setting or children’s home.

“We need sufficient high quality, therapeutic provision for all these children when it becomes a necessity,” Longfield said. “I have raised concerns about these children frequently, but at the moment the government doesn’t even know the number of children living in these very precarious situations, which is a basic prerequisite for ensuring the right support is available, and there are no standard protections set out in legislation for these children.”

‘Government must address lack of capacity’

Longfield said the government must use the forthcoming spending review and promised review of the care system to “urgently address this lack of capacity in providing the right support for children who are in crisis”.

Responding to the judgment, a government spokesperson said: “Supporting the most vulnerable children in the country is a priority for this government, and every young person in care deserves appropriate, safe accommodation that supports them in the best way possible.”

The spokesperson added that local authorities had a duty to make sure there are sufficient places, including secure care, for their looked-after children.

“We have invested £40m in supporting councils in England to improve and expand the secure provision available,” the spokesperson said, adding that the government had consulted on reforms to the quality of unregulated placements “to make sure the right checks and balances are in place”.