By Alex Turner on August 7, 2020 in Children, Coronavirus 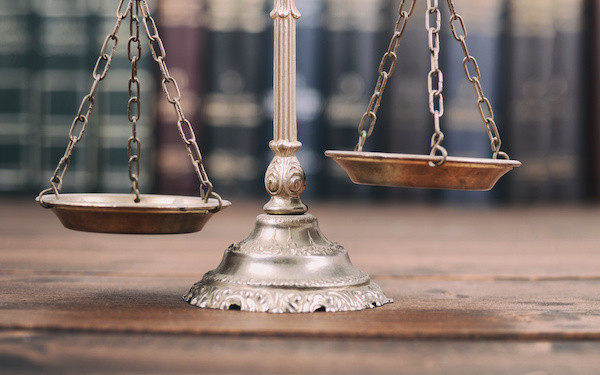 A children’s rights charity has lost its bid to quash the relaxation of several duties to children in care, which were controversially introduced in April at the height of the coronavirus crisis.

In a judgment handed down today, Mrs Justice Lieven found the Department for Education (DfE) had acted lawfully in consulting informally on the changes with children’s services providers, omitting to sound out organisations acting for children’s rights, including the Children’s Commissioner for England as well as Article 39, which brought the case against the government.

But despite accepting that the narrow consultation had been driven by concerns around staving off the potential collapse of children’s services in the event of major staff absences, the judge sharply criticised the DfE for its failure to be more inclusive.

“In anything less than a national crisis of quite such urgency I would have been minded to find that the consultation was not lawful if the commissioner was not consulted,” she said.

In comments responding to the judgment, the children’s commissioner, Anne Longfield, reiterated her view that she should have been properly consulted and that the regulatory amends were unnecessary.

Justice Lieven also found that the government had erred in describing the legislative changes – which include relaxing safeguards around fostering and adoption processes, statutory visits and reviews – as relatively inconsequential and merely lightening providers’ administrative burdens.

“These are not minor matters, they are fundamental parts of a scheme of protecting vulnerable children,” she said. “Each has been introduced over time precisely because of the risks that [children in care] face and the need for safeguards to be in place.”

But she dismissed arguments brought by Article 39 that the government had acted contrary to the objectives of primary safeguarding legislation, or that the education secretary Gavin Williamson had neglected his duty to promote children’s welfare.

“In the face of a major crisis in the whole system of children’s social care services because of the large scale staff shortages feared, if flexibility had not been introduced then the risks to [children in care] could have been much greater than the risks from the amendments introduced by the 2020 regulations,” she said.

Article 39 today announced that it would be appealing the judgment.

Government ‘did not recognise’ importance of safeguards

The judicial review of the legislative changes, heard on 27 and 28 July, hinged on three grounds advanced by Article 39’s barrister, Jenni Richards QC.

Proceedings were dominated by the first of these – that the DfE consultation on the legislative changes was unfair and unlawful, and failed to include the voices of children or their representatives, including the children’s commissioner.

The regulatory amendments introduced by the government in April affect 65 safeguards relating to children in care, across several pieces of legislation.

On the first morning, Richards set out in detail the almost two-month chronology of the DfE’s informal discussions – with local authorities, the Association of Directors of Children’s Services (ADCS), the Principal Children and Families Social Worker Network and organisations representing private care providers – prior to the amendments coming in.

The length of that lead-in, she argued, put paid to the DfE’s defence that it had consulted imperfectly but in good faith during a time of unprecedented stress, rather than with the intent of avoiding views critical of the changes.

In failing to consult the children’s commissioner or children’s rights charities, Richards said, the government had focused on asking councils what would be helpful in terms of relieving “burdens” on services during the pandemic. Children’s perspectives, and consideration of the impact of changes on them, had been ignored, she said, with the government’s framing of the amendments as merely procedural demonstrating a lack of understanding of the significance of its actions.

“We submit that describing [the amendments] as minor, [removing] burdens and hindrances [is] inapt,” Richards said. “Whatever the challenges of Covid-19, this does not recognise the importance [of these] safeguards.”

The second ground of Article 39’s case was that diluting the safeguards contradicted principles set out in the Children Act 1989 and other key pieces of legislation around promoting children’s best interests.

In making the changes, the third ground added, education secretary Williamson had acted without regard to his duty, under section 7 of the Children and Young Persons Act 2008, to promote the wellbeing of children.

For the DfE, barrister Galina Ward argued that the essence of the regulatory changes was about preserving children’s safeguarding structures that were already under pressure from collapse due to the pandemic.

The DfE had projected, based on “reasonable worst-case” estimates by the government’s SAGE advisory group, that staff absences could reach as high as 41%, fuelled not just by social worker sickness but by additional factors, such as the disproportionately female workforce being more likely to face additional caring responsibilities.

“The assertion was made [by Richards] that this was for providers not children – but is relieving a burden a different aim from safeguarding children?” she said. “The concern was so the system could continue to function.”

Ward said that by contacting the ADCS and councils, the government had “clearly been considering the best interests of children”. She pointed to some draft suggestions that did not make the final list of amendments as evidencing that genuine consultatory activity had taken place.

Ward added that the changes were always meant to be temporary – with the children’s minister Vicky Ford having recently confirmed most will expire in September – and that the DfE had been clear they should only be used in extremis and had kept their use under review.

“As long as the secretary of state [for education] had it in mind to promote the wellbeing of children, there was no breach of duty,” she said. “These regulations were made for the purpose that organisations could continue to provide for vulnerable children.”

During her questioning of both parties, Justice Lieven focused on the government’s lack of active consultation with the children’s commissioner – first by questioning Richards on whether it was fair to cast children’s rights groups and local authorities as having conflicting perspectives on protecting children.

Lack of consultation with commissioner questioned

Later the judge repeatedly pressed Ward on the matter, saying that she “struggled” – given the government’s claims to have consulted widely given the circumstances – to understand how the individual charged with upholding children’s rights had been omitted.

“It’s not that I don’t have intense sympathy with [hard-pressed] civil servants, but this would have only taken one email,” Justice Lieven said.

“It feels like a decision not to consult the children’s commissioner – she is such an obvious consultee,” the judge added.

Justice Lieven also expressed her unease at how some of the relaxed regulations, although temporary, could in combination severely undermine children’s safety – which she said made her “hair stand on end” as a family court judge.

A key point made by Richards was that the DfE had not consulted about the potential cumulative impact of removing multiple safeguards. The judge agreed that circumstances could arise – for example, that a child could now in theory be placed with a stranger, without the approval of a local authority nominated officer, and with reduced duties in place around visiting – that could be “opening up a disaster”.

But Ward countered that local authorities’ risk assessments of their cases would mitigate any undermining of overall safeguarding where regulatory relaxations had been used.

‘Not to have engaged makes no rational sense’

Responding to the judgment, Article 39’s director, Carolyne Willow, said the charity “firmly rejected” the implication of the judgment “that in times of emergency, despite having a period of two months to make decisions, the only voices government must listen to” are public bodies and service providers.

“These were not split-second decisions the government had to make,” Willow said. “The process of reviewing all children’s social care regulations started in February and it wasn’t until the third week of April that the final plans were laid before Parliament – not to have engaged at all with children and young people, and organisations which promote and protect their rights, makes no rational sense.

“It is with a heavy heart, because we know the cost risk and the work involved for everyone, that we have instructed our legal team to seek an urgent appeal,” Willow added. “We just cannot risk this judgment taking us back decades to a time of paternalism and worse, when children had no separate status and rights to be considered.”

Meanwhile Katharine Sacks-Jones, the chief executive at Become, the national charity for children in care and young care leavers, said she was “very disappointed” with the judgment.

“[The changes] are not in the best interests of children in care and young people and should never have been brought in in the first place,” she said. “While we recognise these are extraordinary times, introducing these measures without properly consulting children’s rights groups and young people themselves is not the right way to approach things.”

Sacks-Jones urged the government to use its planned care review, promised in December, as an opportunity to address the system’s state of crisis, “and to ensure care-experienced young people’s voices and experiences are at the heart of this”.

Teenager ‘contained’ in council house for a month amid secure accommodation crisis
More social workers uploading CPD but four in five yet to do so, says Social Work England