Sharp rise in child and adolescent to parent violence during lockdown, finds study

By Mithran Samuel on August 19, 2020 in Children, Coronavirus 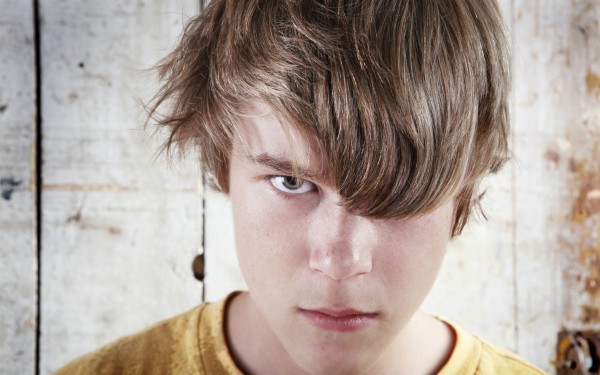 There has been a sharp rise in child and adolescent to parent violence (C/APV) during the lockdown, driven by famiilies’ enforced proximity, changes to routine and loss of support services, research published today finds.

An online survey of 104 parents affected by C/APV found 70% had seen an increase in violent incidents during the lockdown, while parallel research with 47 practitioners working in the field found most had seen a rise in referrals and recorded increased levels of violence.

And while 29% of parents reported reduced violence – as a result of stresses on families, such as attending school, being reduced – practitioners were concerns that this group would face significantly increased violence as the lockdown eased and pressures returned.

Practitioners also raised concerns that the lockdown may cause long-term harm to the mental health of parents and children because of the trauma of the experience, and also about services’ ability to respond to increased need as restrictions eased.

The academics behind the study, from Oxford and Manchester universities, called for every local authority to set up a specific programme for families experiencing C/APV, with dedicated training for practitioners, and provision of safe spaces for families and respite for young people, backed by additional funding.

Parents responding to the survey identified the ‘coerced proximity’ of families required by the lockdown as being a factor in increased violence due with parents having no escape from the behaviour and the situation heightening stresses for children and young people, in what was described as a ‘cabin fever’ effect.

Everything is amplified, there’s no escape, and it’s not just the person being hurt who’s affected, it’s everyone that sees and hears it. The other children are traumatised by seeing us hurt.” (Parent)

This has been exacerbated by parents’ loss of formal and informal support, including from grandparents, resulting in greater isolation that emboldened children and young people to behave violently in some cases.

I think my son feels more invincible during lockdown because he knows that we can’t access support and we have no choice but to all be here together.” (Parent)

Parents also cited changes to structure or routine as being a factor in increased violence, as children struggled to adjust to abrupt school closures, exacerbating pre-existing vulnerabilities, such as ADHD or mental health issues including anxiety.

Of the practitioners surveyed, 25 out of the 36 who received referrals for C/APV said these had increased, while 21 out of 33 said that the severity or incidence of violence had gone up.

They noted that, similarly with domestic abuse, the lockdown had increased opportunities for young people to exercise control over their parents, reversing the impact of support work focused on parents regaining control.

Parents are reporting high levels of stress at home – finding it difficult to ‘pick their battles’ during lockdown and family members not having any escape from the abuse. Some adolescents have been using lockdown as a means to take more control with parents – limiting how much they leave the house for example.”  (Practitioner)

Access to social media and technology were particular flashpoints for families as parents found it more and more difficult to enforce rules, while conflicts also arose over drug use and observing lockdown rules.

Podcast on child and adolescence to parent violence and abuse

Listen to social worker Helen Bonnick, who has written on the topic, and parent-to child therapist Jane Griffiths discuss the nature of C/APV and how practitioners should identify and respond, in one of Community Care Inform’s Learn on the Go podcasts. More resources on the topic are available to CC Inform subscribers.

The study noted the immense distress and strain caused to parents because of the lack of respite from the violence, with relationships between adults also suffering.

Parents also expressed shame and an inability to confide in family, friends or colleagues, deepening their isolation, a point echoed by practitioners.

Siblings were also badly affected with some having to be moved out of the family home for their own safety.

As their ability to provide face-to-face support was removed, practitioners expressed a sense of helplessness in not being able to deliver the support that was needed to families or conduct sufficiently in-depth assessments.

They also identified parents lacking a safe space in the house to talk to them and an inability to provide a practical response to crisis situations as key issues.

Twenty nine per cent of parents said that levels of violence had gone down during the lockdown, with the situation reducing stresses for some children because of reduced expectations and pressures and no need to make difficult transitions between school and home.

Some also identified benefits from the switch from face-to-face to remote support, as these reduced sources of stress such as children having to prepare for or make a long journey for an appointment.

However, practitioners and parents both expressed concerns that risks would increase in these families as the lockdown lifted, as pressures, such as attending school, returned.

Looking ahead, practitioners warned that the lockdown risked a significant long-term impact on the mental health of parents and children, and also raised concerns about abusive behaviour becoming more entrenched and parents struggling to reassert authority, and services struggling to respond as need increased.

In terms of what would have helped, parents suggested better training in C/APV across a range of agencies, with parents being believed, rather than stigmatised, by professionals.

They also called for therapy and counselling to be made more accessible – with long waiting lists and high thresholds for CAMHS a particular issue before lockdown – and improved access to respite care for children.

The latter point was echoed by practitioners, who also called for clearer guidance on managing risk and greater strategic co-ordination of responses to C/APV across agencies.

The study was based on an online survey carried out from mid-April to mid-June, answered by 104 parents who had experienced C/APV, and one of 47 practitioners working with families experiencing the problem in the first two weeks of June, discussions with policy experts. Research also obtained information under freedom of information on reports of C/APV to 19 of the 43 English and Welsh police forces, which found at least five had seen increases in reports during the first two months of lockdown, compared with three who had seen declines.

Ninety two per cent of the parent respondents were female, and 72% of the children reported as being violent were male; 39% of respondents were adoptive mothers and 3% adoptive fathers, though researchers said this could reflect a reporting bias based on adoptive parents being more likely to be involved in the support networks through which the survey was distributed.

Of the 47 practitioners, 10 worked in a C/APV service, nine in children’s services, the same number in health, and eight in each of youth justice and domestic abuse services.

Social work and Covid: tell us how the pandemic has influenced what you look for in a job
A humbling and rewarding role that presents a different challenge every day

One Response to Sharp rise in child and adolescent to parent violence during lockdown, finds study