Social work has had significant changes imposed on it in the past half-century, but the legacy of the unified profession created in 1970 lives on and provides lessons for the future, argues Ray Jones 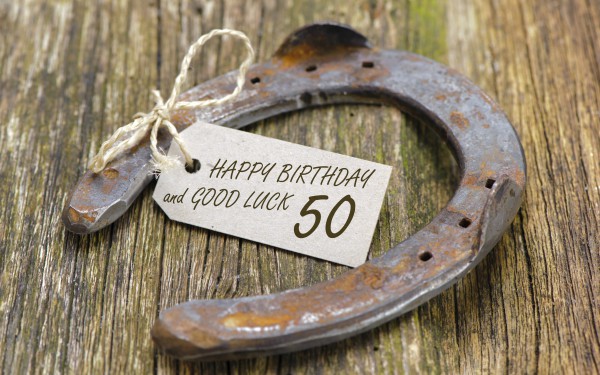 2020 marks the fiftieth anniversary of the creation of a unified profession of social work across the UK and the advent of integrated personal social services in each of the UK nations.

With devolution the nations have increasingly diverged in their social services arrangements. But during the past 50 years there have been several pivotal moments, especially in England, which, with the benefit of hindsight, can now be seen to have considerable significance for social work and the personal social services today.

1970 – the creation of social services departments

The first such moment was the 1970 Local Authority Social Services Act which, following the recommendations in the 1968 Seebohm Report, brought  children’s, welfare and mental health departments together into one social services department within each local authority in England and Wales. Segregated and separate workers in each of the former services were now badged as social workers rather than child care officers, welfare officers, and mental welfare officers.

The intention was that this would provide a community-based service more accessible to individuals and families. One social worker would provide assistance in addressing the range of difficulties which might be experienced. It was a service which was to be led by social workers and where it would be able to argue for increased funding as it would now be a major local government responsibility and have a more powerful profile.

The new social services departments were tasked with implementing the Children and Young Persons Act 1969, with its emphasis on providing help to children and young people within their families and communities, and the Chronically Sick and Disabled Persons Act 1970, which promoted –indeed required – that more assistance and resources should be available to disabled and older people within their own homes and neighbourhoods.

The mid-1970s: From Maria Colwell to economic crisis

The first was the public inquiry following the killing by her step father of seven-year-old Maria Colwell in East Sussex. The media-generated condemnation of the social worker provoked public threat and vilification. It was followed by political action and legislation which encouraged and enabled the removal of more children from their families.

There was also the introduction of the first iteration of what were to become increasingly broad and bulky child protection procedures. This was the start of the emphasis on child protection, to be followed in the 2000s by adult protection, which now dominates and skews the work of many local authority social workers.

The second event of the mid-1970s was a national and international economic crisis. This started the retrenchment from the commitment to increase funding for public services, a policy shift which was to be pursued with vigour by the Thatcher-led governments of the 1980s. It ratcheted up the focus on rationing, which has also been taken to new levels more recently.

It was towards the end of the 1980s and Margaret Thatcher’s period as prime minister that there was the pivotal moment of starting to unwind the 1970 creation of integrated personal social services and of generic social work and social services teams. This pivotal moment was probably accidental rather than intended or planned, but the separate gestation and development of the Children Act 1989 and the NHS and Community Care Act 1990 set differing requirements for services for children and their families and services for disabled adults and older people.

The 1989 act was based on partnership and co-operative working to assist ‘children in need’ and their families. In contrast, the 1990 act required the separation of assessment and the arranging of assistance from the provision of services for disabled adults and older people. The 1990 act’s purchaser-provider split, with the thrust to promote an increasingly privatised market within adult social care, required quite different cultures, practice and management compared to the partnership working enshrined in the 1989 act.

The consequence, twenty years into the creation of social services departments, was that these departments developed separate divisions, and separate practitioners, for children’s and adults’ services.

2004: the split in social services departments

It has often been assumed that the 2004 Act was the direct and immediate response to the inquiry led by Lord Laming following the death of eight-year-old Victoria Climbie. It was not. The New Labour government was already on a mission to build joined-up local government services for children, as symbolised by the Every Child Matters white paper.

Despite the Care Standards Act 2000 having made ‘social worker’ a protected title, social work a graduate profession, and required the registration of social workers, there was a New Labour government where leading politicians had little affinity or confidence in social work. They saw  it, largely incorrectly, to be based on a deficit model rather than what has become badged as strengths-based models.

The outcome of the 2004 act changes are that social workers are now separated between two local authority departments, whose leadership is often not by qualified and experienced social workers, and where social work services may not be their primary concern or focus.

This has all been taken further more recently by the Conservative-led governments since 2010, promoting and disproportionately funding separate foreshortened qualifying training for children’s social workers, as well as taking statutory children’s social services outside of local authorities and the public sector.

So the pivotal moments of the mid-1970s, late 1980s and the mid-2000s have unwound much of what was planned and intended in 1970. But the 1970 changes have left social work stronger. It still largely continues as a unified profession with a more coherent voice.

And despite politically-chosen austerity and the push to privatisation, the most successful local authorities are finding ways to build bridges to bring specialist children’s and adults’ workers – such as mental health, drug and alcohol, and domestic violence workers – together within local teams.

These local authorities are also often bucking the trend towards centralisation by locating social workers and their teams within the communities they serve and which they need to know and understand, as recognised and recommended in the Seebohm Report.

The 1970 changes were created and canvassed for by social workers. That has rarely been what has happened during many of the pivotal moments during the past 50 years. Knowing about what was created, and how and why, in 1970 is not only a part of acknowledging the relatively recent history of social work and the personal social services. It also flags up the importance of social workers collectively being active in shaping the future.

Ray Jones is emeritus professor of social work at Kingston University and St George’s, University of London. His new book, ‘A History of the Personal Social Services in England’, is published by Palgrave Macmillan.

Social Work in the South was a virtual success!
Government confirms most lapsed children in care duties will be restored, before latest legal hearing