Concerns raised about treatment of unaccompanied children at asylum unit

By Alice Blackwell on October 16, 2020 in Children 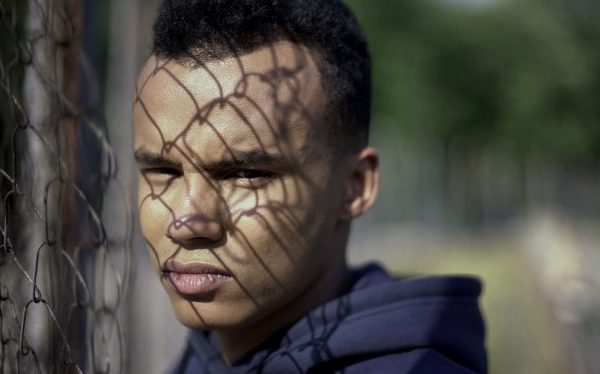 Serious concerns have been raised about the treatment of unaccompanied asylum-seeking children being held in an intake unit in Kent, on the back of guidance issued by the Home Office.

The concerns have been raised by charities who work with unaccompanied children, who said the guidance for social workers at the unit focuses too heavily on age assessments over safeguarding and providing crucial support.

The guidance, published last month, was produced to deal with the situation of unaccompanied children arriving in Kent since the council announced in August it no longer had the capacity for new arrivals, which is still the case.

As a result the Home Office’s Border Force took over responsibility for the children and young people and have been keeping them at the unit until another local authority can take them into their care.

To manage this, the Home Office has recruited a team of four agency workers to work at the unit, which is located within the port of Dover and has a short-term holding facility for both adults and children.

The guidance states that unaccompanied children are prioritised on their arrival, to ensure they remain in the unit for the “shortest possible period”.

The agency social workers are working with Home Office staff at the unit, where the Refugee Council also provides support to children.

The guidance says that the social workers’ “primary objective 1” is to provide opinions on the age of young people or, if necessary, carry out short age assessments in cases where Home Office staff at the unit feel there is doubt about their age.

It also lists as “primary objective 2”, providing social work support where there are “immediate welfare concerns” concerning children who are accompanied or unaccompanied. These may include cases where there are reasonable grounds to believe the child may have been trafficked or the child may be at risk of significant harm, or there are delays regarding the transfer of unaccompanied children to appropriate local authority care.

“General safeguarding assistance” – including helping with transferring unaccompanied children to other local authorities by undertaking brief assessments and appropriately safeguarding them while they are waiting – is listed as a “secondary objective”, which the social workers should fulfil if they have spare capacity.

The guidance has prompted criticism from charities. Debbie Busler, head of refugee support and lead on unaccompanied children at the British Red Cross, said:

I am disappointed that the immediate focus appears to be on determining the age of deeply traumatised children, rather than providing them with care and support. Social workers should be allowed to prioritise what they do best – safeguarding children from harm and helping them to rebuild their lives.”

Social Workers Without Borders (SWWB), which offers support to asylum seekers, refugees and those impacted by borders, said it believed children and young people should not be placed in non-care settings and, under no circumstances, in detention centres.

It added: “The primary objective of this Home Office strategy appears to be to complete age assessments with the view of limiting the number of people who are then transferred to services for children and young people.

“We are of the view that this guidance represents a conflict between immigration and border controls, where the objective is to reduce net migration figures, and the social work objective of protection and meeting the welfare needs of children and young people.

The charity added: “The approach of embedding social workers within a Home Office team is further cementing this two-tier approach to children’s rights. It does not ensure that social workers will be able to practice objectively and in adherence to our professional standards.”

In response to the criticisms, the Home Office said: “This is an unprecedented situation and we have acted swiftly in the best interests of children arriving on the south coast.

“Our efforts remain focused on ensuring every single unaccompanied child receives appropriate support and social workers employed by the Home Office are able to offer children the necessary care and support whilst we seek a permanent place for them with a local authority. They are always prioritised and held at the Kent Intake Unit for as short a period as possible.”

SWWB also raised concerns about the guidance referring to social workers undertaking “short Merton compliant age assessments” if the practitioner was of the view that the claimant was potentially clearly an adult.

A Merton compliant assessment is one carried out in accordance with guidelines set out by the High Court in the case of R(B) v Merton [2003]. This includes that the assessment must be holistic, and not just based on the claimant’s appearance, the social worker must not simply accept the Home Office’s view on age and that the young person must be given a chance to put their case.

The Home Office guidance says that such a “short” assessment must only be conducted if assessed as being appropriate, in the social worker’s opinion, and must be carried out in accordance with case law and separate 2015 age assessment guidance from the Association of Children’s Services.

SWWB said it was concerned about the reference to “short” assessments, adding that “completing these assessments as proposed by this guidance and complying with the ADCS guidance is at points contradictory and unachievable. We are concerned that there is a real risk that this approach could lead to a less rigorous and evidence-based approach to this highly complex field of work”.

In response to SWWB claims that the Home Office guidance did not comply with ADCS’s, the association’s president, Jenny Coles said: “The practice guidance was designed to fill an obvious gap in national policy to support social workers conducting age assessments, however, it’s important to recognise it has no formal status rather it it there to advise and assist social workers. ADCS is encouraging the Home Office and the Department for Education to think longer term about the establishment of a national resource for conducting age assessments.”

The Home Office said: “Our guidance is very clear that it is only appropriate to do a short age assessment in cases where the individual claiming to be a child is clearly an adult – this is entirely in line with existing case law and does not perpetuate a culture of disbelief.”

When it said it could no longer accept anymore unaccompanied children in August, Kent said the national transfer scheme – set up in 2016 to more evenly share the costs of supporting unaccompanied children – needed to be made mandatory, or new ways had to be found to incentivise councils with lower unaccompanied asylum-seeking child populations to take a larger share.

Following this, the government launched a consultation on measures to share responsibility more evenly between authorities, including by making the scheme mandatory.

Fostering and adoption charity TACT also backed the need for the transfer scheme to be compulsory. It said it had places for unaccompanied children in foster homes but was unable to easily get the children held in the intake unit placed in them.

Chief executive Andy Elvin said: “We have foster homes available now, today, for these young people, but the Home Office can’t place directly with us because the local authorities in which our foster carers live need to give their permission because they will take on the statutory responsibility for the children once they are placed.

“Essentially the issue is very simple – that is the national transfer scheme, and it doesn’t work because it’s not compulsory, so some local authorities have opted in and some haven’t… and underlying all of this is the fact that the [service] is under-funded.”