By Alice Blackwell on October 18, 2020 in Children, Social work leaders 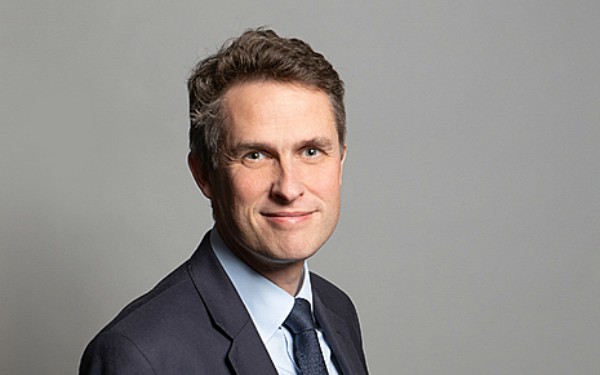 Education secretary Gavin Williamson has called for an overhaul of the adoption system to end ‘lifestyle judging’ by councils and enable people from a wider range of backgrounds to adopt, in a speech this week.

With figures showing there were 2,440 children waiting for adoption compared with 1,810 approved adoptive families in 2019-20, Williamson said too many local authorities were putting up barriers to people who did not “conform to a middle-class lifestyle” from adopting.

“The reality in too many places is still that if you’re not that middle class person, you will be given a much harder time when it comes to being approved for adoption,” he said.

“This has to change. The only qualification that people need to worry about is whether or not they can love and care for a child.”

Williamson also rejected an “obsession with finding the perfect ethnic match for children”, citing the case of an Indian couple who could not register to adopt in their area because there were no children of Indian origin waiting to be adopted.

“There is no acceptable reason – none – to block adopters from registering because there happen to be no children of the same ethnicity waiting to be adopted,” he added.

Williamson said this was “not about relaxing safeguards”, though he gave few details about specific changes he wanted to see besides completing the rollout of regional adoption agencies (RAAs) to take responsibility for managing the system from individual councils.

Currently, 25 RAAs exist covering 119 councils, and by March 2021, all 151 council adoption services will be enveloped within 30 RAAs, Williamson added.

He said this would be an improvement, citing an evaluation published on the day of the speech which found RAAs were taking less time to place children – and, in particular, ‘harder to place’ children – with adoptive families than local authorities.

Williamson’s speech marks the latest in a long line of initiatives to boost adoption over the past 10 years, under successive Conservative-led governments, involving tackling perceived barriers to adoption and improving post-adoption support for families.

These trends have been attributed to improvements in fertility treatment that have reduced demand for adoption, and the legacy of the 2013 re B-S judgment. This said social workers must weigh up the pros and cons of all realistic placement options for the child in determining the best option.

Williamson said the government wanted every child to have a “permanent and stable home”, and while adoption would provide that for “many”, it wasn’t right for every child. He said this goal would be the focus of the long-awaited children’s social care review, which would launch soon. His speech drew a mixed response from sector leaders.

Need for rigour in adoption assessments

Association of Directors of Children’s Services president Jenny Coles defended councils’ record on adoption, saying they supported it where it was “the right option”.

She added: “We can’t be complacent when it comes to making what are complex and life changing decisions on behalf of the children in our care, therefore, it is right that there is a rigorous and thorough assessment and approval process for adopters, one that ensures vulnerable children don’t face further trauma and loss. If an ethnic match with potential adopters is considered to be the right thing for a child, then it should be pursued.

Coles also stressed that adoption was “the placement choice for a small number of children in care”.

She added: “ADCS members are committed to encouraging a widening of the debate about adoption to fully recognise the value of all forms of permanence for the children in our care, many children get the stability and love they need in foster care, residential care, kinship care or special guardianship arrangements, for example.”

Andy Elvin, chief executive of fostering and adoption agency TACT, said it was “as depressing as it predictable that yet another education minister has seen fit to prioritise adoption over other family types for children”.

He added: “There are many elements of the care system that need attention and funding; recruiting more foster carers, Staying Put, support for kinship carers and support for care experienced adults”

“There is also the urgent need to bring 16-18 unregulated provision within regulation to safeguard these vulnerable young people. All of these issues impact far more children than adoption does. It is time for a minister who does not prioritise one group of children in the care system above others and works to support all children and their families, however these are constituted.”

However, Adoption UK, which provides support to adoptive families, welcomed Williamson’s speech. “This strong signal from the government that adoption matters is very welcome. There is a persistent gap between children waiting and available adopters, particularly for Black Asian and minority ethnic children and prospective adopters. For the sake of those children’s futures, it’s time for the gap to be closed. We need to work together across the whole adoption sector to make this happen.”