By Alice Blackwell on December 1, 2020 in Children, Workforce 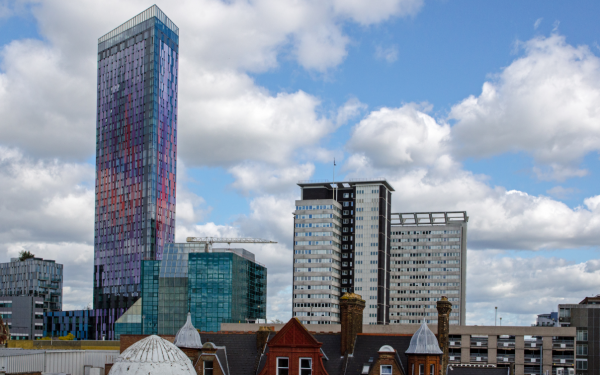 Croydon council has proposed to increase children’s social worker caseloads from next year as part of plans to close its gaping financial black hole.

It will consult, from next week, on plans to raise average caseloads across children’s services from 16 to 17 by 2023, saving £1m in 2021-22 and reversing years of reductions in caseloads made as part of the authority’s journey from an ‘inadequate’ Ofsted rating in 2017 to a ‘good’ verdict this year.

The London authority is predicting a £67m overspend for 2020-21, with just £7m in its reserves, and will need a government loan of up to £70m this year to balance the books.

The government recently launched a review into the council after a scathing report by auditors found it had repeatedly failed to control its finances, particularly in social care, prompting local government secretary Robert Jenrick to say the the authority had been “entirely irresponsible with their spending and investments”

Caseloads ‘will stay below London average’

The plan to increase social worker caseloads came after Ofsted had highlighted how “significant investment [had] resulted in manageable caseloads” – except in care leaver teams – enabling staff to carry out more direct work with children, in upgrading the authority from ‘inadequate’ to ‘good’ this year.

Speaking to Community Care last week, Debbie Jones, Croydon’s interim director of children’s services, said that although caseloads will increase, the council was not “proposing to do anything that will actually create unmanageable workloads”, and that average caseloads across London were “in the region of 18”.

She added: “We’re proposing an average of 17. That doesn’t mean every social worker is going to have 17 cases… it will vary on the types of families that you’re working with, with the types of demands.”

The biggest proposed saving in children’s services for next year, worth £1.45m, involves creating a single team to deliver Croydon’s services for adolescents, where the council said it had “duplications” resulting in “additional costs which are not sustainable”.

The proposal follows Croydon’s response to a highly critical 2019 review into its work with vulnerable adolescents, which found that young people had been subject to short-term interventions that did not address underlying trauma, and to high turnover of social workers, and that there was no framework to address risks to them in the community.

In its 2020 inspection report, Ofsted found evident investment and improvements in this area, with strengthened arrangements to identify young people at risk of exploitation ensuring “increasingly swift and well-targeted responses to reduce risk”.

Jones acknowledged the impact of the “very sound” review into adolescent services in 2019, and said the plan was to streamline provision.

While she said that there would “inevitably” be job reductions in the service, it was likely that practitioners would be redeployed elsewhere.

She said “there will never be a shortage of work for social workers within Croydon”, so “even if they’re not working within a specialist adolescent servicethe idea is to embed, for example, the skills that they’ve got into the mainstream fieldwork services”.

Croydon also intends to save £270,000 by “[reducing] support” for its systemic practice model, introduced in 2019, which involves therapists working with families and training social workers and managers in family therapy.

Croydon’s 2020 Ofsted inspection said that workers valued the systemic model of practice at the council as well as the training and “new culture that is being embedded.”

Jones said the model had been “extremely important” and had “both recruited workers in and encouraged them to stay”, but investment in it could now be safely reduced as it had been embedded.

She acknowledged that the council’s financial troubles risked increasing instability in the workforce, a longstanding problem for Croydon, which it has had some success in controlling recently. In an Ofsted monitoring visit to the council in 2019, inspectors found that the overall vacancy rate at Croydon was 40%, reaching 80% in assessment teams.

But, by its 2020 ‘good’ Ofsted inspection, inspectors noted “increasing stability and capacity in the workforce” which resulted in a lower turnover of staff and less reliance on agency staff.

Jones said Croydon had reduced its proportion of agency staff from “an incredibly high position to a rate of about 19%”.

She said the reality was that social workers were “always very much in demand, they have choices and that’s why we’ve been very careful in the proposals that are being put forward in terms of the value of staff”.

Jones added: “Staff like the support, the supervision they get and we’re not proposing to suddenly increase their workloads and indeed take away that support… but one has to be realistic.”

While she expected some movement to happen, she confirmed that Croydon would “be doing everything [it] can to minimise that, absolutely, because we know that the staff like working in Croydon, they like the approach, they like the culture. Do they like what’s going on at the moment? Well of course they don’t, but we’re doing what we can.”

Croydon also plans to reduce its numbers of children in care, saving almost £800,000, through weekly care panels to review all requests for care and fortnightly meetings to review whether children could be reunited with families and to assess the value of high-cost placements.

Jones said that, as with other authorities rated ‘inadequate’, numbers of children in care “shot up” in Croydon following its 2017 Ofsted inspection, but they had more recently been reducing and were now in line with similar authorities’.

“And that kind of work will continue and we’ve actually got quite significant capacity and expertise in that business” which she said has already been demonstrated by the reduction in the number of children in care so far.”

Early help services at Croydon, which Ofsted said in its 2020 inspection were received in “a timely way” by the majority of children and families, are due to become more targeted, saving £425,000 next year.

Jones said that Croydon has “no intention” to take away all its early help services and that the proposals were designed to streamline the service and ensure there was enough capacity so that “families get services at the right time and the right place so that [they] don’t get excessive bombardment at the front door”.

The council also plans to save £288,000 by removing support, on a “needs-based basis”, for unaccompanied asylum-seeking young people whose appeal rights against asylum or immigration decisions had been exhausted, to support planned and safe returns.

As the home of the country’s asylum intake centre, Croydon has a significant number of unaccompanied children, who make up a third of its looked-after population.

Jones said that these changes would bring Croydon in line with other authorities, adding: “We would of course be ensuring that the human rights assessments which they would then be entitled to are taking place, so that any move and any transition is safe. But it just brings us in line with everybody else.”

Supporting social workers in 2021
‘I find myself at the ‘care-cliff’: is the system failing care leavers by abruptly ending support at 25?
Less than 1,500 social workers left at risk of removal following last-minute registration surge before deadline