By Alex Turner on December 4, 2020 in Children, Coronavirus 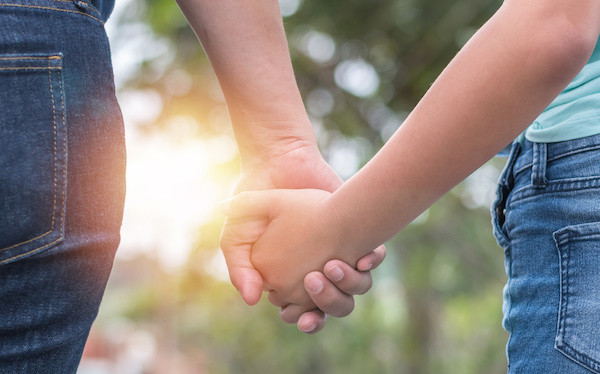 The impact of coronavirus on the care system has made it even harder than usual for councils to place children, with fostering a particular concern, a study has found.

Analysis carried out by the Association of Directors of Children’s Services (ADCS) found there were 68,270 children in the care of local authorities as of 30 June 2020, an increase of 3% on the previous year.

In the first quarter of 2020-21, which coincided with the spring national lockdown, 6% fewer children started to be looked after than during the same timespan the previous year. But there was also a 10% decrease in the number of children who ceased to be looked after, with coronavirus causing severe delays in the family court.

‘Shortage across all placement types’

The growing numbers of children in care, combined with reductions in fostering capacity – often due to people shielding – “has created a shortage across all placement types, but specifically in-house foster care”, the ADCS report, based on data from 119 councils, warned.

Local authorities were making increased use of costly independent fostering agencies and residential care, with increasing competition for places also meaning some providers were declining to place children with complex needs, ADCS said. There was also even more pressure on secure children’s home places than usual.

“Placement costs have increased sharply, and more so since March 2020,” the report said. “There are concerns that the heightened cost of placements during the Covid-19 pandemic will not come back down in the way other cost pressures might.”

Commenting on the report, Katharine Sacks-Jones, the chief executive of children in care charity Become, said it clearly showed how the effects of the pandemic were “placing unprecedented pressure on a system already at crisis point”.

“We urgently need government action to ensure there are enough safe and appropriate places for children, particularly those with the most complex needs, to live – this cannot be tackled by individual local authorities,” Sacks-Jones said.

The government’s promised care review, delays to which the report flagged as a major concern, “must start without delay and address the most pressing issues in care, including the lack of sufficiency across residential care in the areas it’s needed most”, Sacks-Jones added. “It’s abundantly clear that ‘the market’ is not providing children and young people in care with the love, stability and support they need to heal and thrive.”

ADCS’s analysis, an interim instalment of its longitudinal Safeguarding Pressures research, also found that referrals into children’s services dropped by 12.6% between April and June 2020 compared with the previous year.

Across the English regions the average decrease ranged from 7% to 25%. But there were notable variations between local authorities. All eight regions contained at least one borough in which referrals rose by 10% or more, as well as one where they fell by 20%.

As noted by other studies, there was a sharp drop-off in referrals from schools while most pupils were not attending, while those from the public – as well as self-referrals – rose.

The association’s data indicated that at 30 June 2020, the number of children on a child protection plan was 1% up on the same date in 2019. Local authorities reported that more children remained subject of a plan and fewer were stepped down because of potential heightened risk, and the absence of other support services, the report said.

It cautioned that the next quarter’s data, which will capture the post-lockdown period over summer as well as the return of children to school, was likely to record a steeper rise in child protection plan numbers. The report also noted that the complexity of cases social workers were handling had grown over the past two years, had become more acute since the onset of coronavirus and was likely to become more so over the coming months.

Aside from the pandemic’s direct impact, ADCS’s research highlighted the shaky foundations on which most councils’ early help services rested, especially in the worsening recent financial context.

For most, the continuation of services had only been made possible by this year’s extension of the government’s Troubled Families programme funding.

“Any withdrawal or reduction of this funding would decimate that offer and be ‘catastrophic’,” the ADCS report said.

In a further sharply-worded message, it added that members had found “confusion and absence of clear guidance from HM Government and particularly the Department for Education in the past year has been hugely difficult”.

Jenny Coles, the ADCS president, said the interim report underscored issues the association had been raising with government for years.

“The pressures on local authority children’s services are very real – although our workforce has worked tirelessly to support children and families during incredibly difficult circumstances, this research shows that the pandemic has had a drastic impact on our work with families,” she said. “The true impact of the pandemic on children’s services is only starting to emerge and will remain with us throughout the next year and beyond.

“The evidence base continues to grow, illustrating the mounting challenges children and families are facing and the difficulties local authorities have in meeting the level of need now present in our communities in the context of a 50% real terms fall in our funding over the last decade,” Coles added. “The government must provide the sector with a sustainable, equitable and long-term financial settlement that enables children to thrive, not just survive in the wake of the pandemic.”

‘Unacceptable’ do not resuscitate orders made in first Covid wave and some may still be in place, says CQC
Our teams