Professionals believe there will be no return to face-to-face conferences post-Covid, but research identifies serious concerns about the impact of virtual meetings on parents, says Lisa Harker 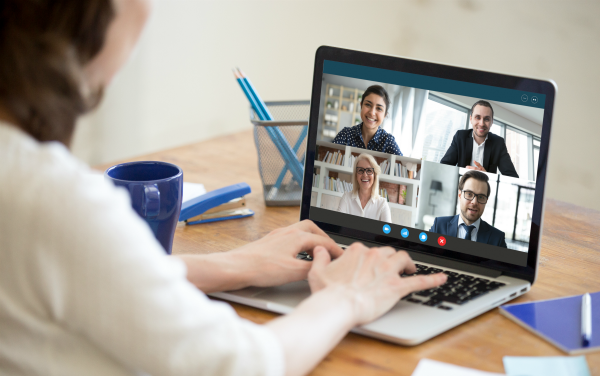 2020 has necessarily required online interactions to replace face-to-face throughout much of society, including children’s services.

But while turning to virtual or remote formats as a stand-in for usual practice has been a solution to the  challenges of social distancing – and preferable to halting services altogether – it is vital that authorities continually assess how changes are affecting all those experiencing the system. And that clear evidence of what works and what doesn’t is gathered and considered before ‘pandemic practice’ slips into becoming business as usual.

Child protection conferences – where professionals come together to identify and address serious concerns about a child who they believe is suffering, or is likely to suffer, significant harm through abuse or neglect – are one crucial stage of the child protection system in England and Wales which has moved largely online.

Building on the work of Dr Mary Baginsky of King’s College London, which looked at the experience of 15 local authorities in England, Nuffield Family Justice Observatory commissioned her to carry out a study on how the running of child protection conferences has been affected by COVID-19. Twenty four parents and 492 professionals responded – 17% per cent of whom were social workers – with respondents from 108 of the 151 local authorities in England and 16 of 22 in Wales.

As expected, responses suggested that conferences were mainly being conducted over video or by phone, or occasionally as ‘hybrid’ meetings, where some people attended in person. There were also reports of conferences that were replaced with a series of bilateral telephone conversations without the opportunity for families and professionals to discuss concerns together.

What did come to light though was a strong sense from professionals that child protection conferences were unlikely to ever return to the ‘normal’ face-to-face model. This made the experiences of those who had already been involved in virtual conferences even more important to hear.

Nearly half of professionals in our consultation thought that the new virtual conferences were better than being in the same room.

The practical benefits to professionals of remote working are well documented across many sectors. The cutting out of travel time and childcare worries has made conferences less of a strain on extremely busy working days. Video or phone sessions also tend to be shorter and more efficient than traditional meetings, with preparation done in advance.

The knock-on effect of this, and one of the significant advantages identified, was increased attendance by a range of professionals. A historic challenge for child protection conferences has been their ability to engage those outside of children’s services in a consistent way. Almost half of the professionals interviewed said they had noticed a change in attendance, especially amongst GPs, paediatricians, child and adolescent mental health service (CAMHS) workers and psychiatrists working in adult mental health services. The ability to have a more holistic view of each child’s life can only be a good thing.

Eight in ten professionals identified advantages for parents and family members of the format – although slightly more (85%) also identified disadvantages. Some felt that virtual conferences were less intimidating for parents.

However, even though it was a small sample of parents, they all said they would have preferred a face-to-face conference.

Most parents in the study had had to join conferences by phone even when professionals had joined by video, with agreement that this left them at a significant disadvantage.

Some said they had found it difficult to follow the discussions and to know how and when to contribute, with many saying they had not felt able to express their views or had not felt listened to.

Some very serious concerns were also raised about safety. Conference chairs have no way of knowing who else might be present in a parent’s home. Children could be exposed to information that they should not hear – there was one report of a child arriving home halfway through a conference when it ran on past school hours – or discussions could potentially be overheard by someone who had been identified as a risk to a child, or, in domestic abuse cases, a danger to a parent.

Relationship-building is at the heart of social work practice and is incredibly hard to maintain without face-to-face interaction. The impact of the loss of face-to-face communication within child protection conferences manifested in different ways.

Parents listening to difficult and often painful information could be doing so alone at home without support. And while professionals seemed more comfortable imparting information in a more direct way than if they were face-to-face with parents, this could also be problematic when no one was physically on hand to talk parents through difficult discussions.

In attempts to tackle these problems, there were examples of social workers going into the family home, although this practice varied within and across local authorities. Where this had happened, interviewees generally reported positive feedback. However, the ability to do this was impacted by decisions taken by agencies and teams, and the understandable willingness of individuals to attend face-to-face meetings.

“A social worker went to [the mum’s] home and opened her laptop and she was able to see all the faces of participants and hear as they spoke one at a time. She said she felt much more like she was part of a group, and although the social worker sitting next to her was socially distanced, she had felt some warmth and care and kindness, and she actually wrote and said how kind and caring the chair and the social worker had been.”

Parents and families negotiating difficult times in their lives can feel resentful – and sometimes angry – at the presence of social workers in their lives. Child protection conferences can be a particular pressure point, and a moment when professionals sometimes have to draw on their skills to restore calm.

Most of the conference chairs interviewed referred to incidents where parents had become distressed or angry to the point that they left telephone or video meetings and, unlike in face-to-face conferences, no one could go out to try to draw them back in.

However, some professionals found the new mediums easier when engaging with parents they found challenging, especially where they had concerns about their safety.

“I am slightly embarrassed to admit this, but I prefer them. I have been threatened in conferences in the past. If that happened over the ‘phone it would be a different experience to one where parents have to be escorted off the premises and where I have been advised to be cautious when leaving the office and walking to my car.”

Many of those responding to our study thought that conferences had suffered as a result of reduced face-to-face interaction, in what could become very sterile environments, where there were fewer opportunities to discuss and reflect. There was also some concern that, although conferences might be shorter, they were lacking detail and potentially taking what were labelled as ‘shortcuts’.

Professionals reported concerns that the online format meant that the seriousness of conferences was not always conveyed to parents. Others commented that parents had the option during remote conferences to keep their cameras off and engage less – or turn their phones off altogether – and, as a result, possibly not receive the messages from the conference clearly enough.

“I feel de-skilled not being able to meet the family face-to-face. I have been unable to use my experience to read body language. It is much more difficult to deal with a challenging family member via video call rather than in person, where we can take a break and a person can leave the meeting.”

A permanent shift to virtual?

The child protection system, as with so much of society, has been under considerable strain this year. Enormous effort has been put in place to ensure the continuation of pre-existing systems and processes to help keep children safe. However, to make a permanent shift to virtual child protection conferences represents quite a fundamental shift in practice.

Hybrid models are being touted by some as a way to overcome the challenges of parent participation, while keeping hold of advantages (primarily the engagement of a broader range of professionals).

But only by listening to those who are experiencing the system can we make informed decisions about more permanent solutions. Any long-term changes to practice must be underpinned by the same evidence about, and consideration for, the impact on families and children as they would at any other time.

“I think the fact that we find the conferences easier in this format should be a wake-up call because I don’t need it to be easy for me.” (Social worker)