By Charlotte Carter on January 8, 2021 in Coronavirus, Workforce 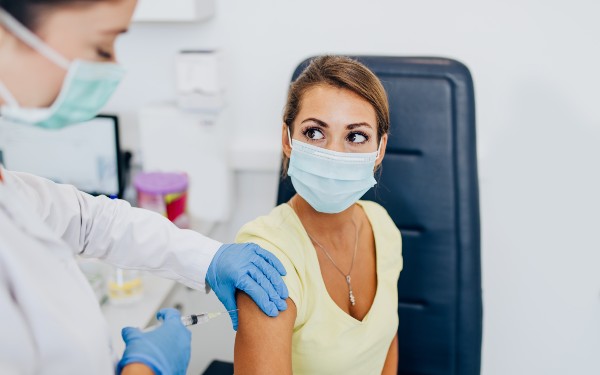 Sector bodies are calling for clarity over the position of social workers on the government’s Covid-19 vaccination priority list, with particular concern over when higher-risk groups like approved mental health professionals (AMHPs) will be immunised.

While frontline health and social care workers are in the second priority group – and frontline care home staff in the first – social workers are not mentioned by name in any government guidance, leading to concerns over when practitioners will be vaccinated.

The priority list, drawn up by the Joint Committee on Vaccination and Immunisation (JCVI), does not specify types of health and social care worker who should be immunised. The government’s green book on vaccination provides further detail, saying it includes those working in care homes and other long-stay facilities, care staff directly involved in direct care and “others involved directly in delivering social care such that they and vulnerable patients/ clients are at increased risk of exposure”.

While this is understood to include social workers, at no point are they mentioned by name, with the lack of detail prompting calls for the government to clearly outline when various parts of the frontline workforce could expect to get jabs.

The Association of Directors of Adult Social Services (ADASS) said it supported calls for priority to be extended “explicitly to social workers working with older people and younger adults with disabilities and mental health issues”.

Jenny Coles, Association of Directors of Children’s Services president, joined the call and urged the government to include children’s services staff in its priority list for receiving access to appropriate testing and the vaccine.

“Despite the new and increased restrictions, many of our staff will remain on the front line providing vital support for those children and families that need it the most, it is essential that we can ensure their safety as quickly as possible,” Coles said.

A spokesperson for the British Association of Social Workers (BASW)  said it could confirm that social workers were in the priority group two, as set out by the JCVI, adding: “We understand it will take time to vaccinate all the individuals in Groups 1 and 2. BASW is working to ensure all social workers and social care workers in all types of provider organisations are prioritised for vaccination and have access equal to that for health staff within the roll out programme.”

Vaccinate AMHPs ‘as matter of urgency’

Meanwhile, ADASS has called for all AMHPs to be vaccinated “as a matter of urgency”.

It follows research commissioned by BASW and the Department of Health and Social Care (DHSC), that found AMHPs were used “inappropriately” during the first wave of the pandemic because community services either closed down or were not seeing people face-to-face.

The report highlighted the challenges of social distancing during a Mental Health Act assessment where, typically, two doctors and an AMHP are required to sit together with a person who may be experiencing significant distress or agitation. On the back of the report, AMHP leads network chair Steve Chamberlain highlighted how MHA assessments were often carried out in restrictive environments, such as A&E side rooms and police cells, and the risks from the fact that AMHPs were, typically, older than the general social work workforce.

In relation to vaccination, Chamberlain told Community Care that the fact that AMHPs worked on behalf of local authorities but were often employed by NHS trusts meant they could “fall between the two stalls”.

“So many people don’t really understand the AMHP role and [AMHPs] could be missed in terms of understanding the priority and the level of risk they run when undertaking their statutory role.

“One of the problems I suppose is that everybody knows about nurses and nurses get all the headlines which is fair enough, but AMHPs and social workers generally are much lower down the risk of agenda and further down the headlines,” Chamberlain said.

“We also want to raise it with each AMHP lead as wide as possible so they can raise it locally, because there needs to be clarity across the board,” Chamberlain added.