By Alice Blackwell on January 7, 2021 in Workforce 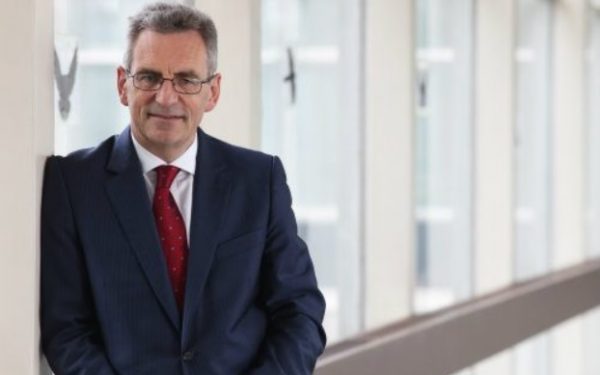 A social work leader who chaired a government taskforce to help social care respond to the pandemic has been knighted in the New Year’s Honours list, while gongs have also been awarded to principal social workers, senior social services managers, a leading academic and foster carers.

David Pearson, who began his career as a social worker for Nottinghamshire council, where he progressed to become director of adult social care from 2006-19, and is a former Association of Directors of Adult Social Services president, was knighted for his services to health and social care integration.

In this regard, he has chaired, since 2016, the integrated care system (formerly sustainability and transformation plan) for Nottingham and Nottinghamshire, while last year was appointed to chair the Social Care Sector Covid-19 Support Taskforce.

Its work led to the government providing an additional £546m through the infection control fund to help providers meet additional staffing costs from infection minimising measures, and pledging to provide the sector with free personal protective equipment.

To the news of his award Pearson said: “Since starting as a social worker in Nottingham in 1982 I have been fortunate to work with great people and this honour is a recognition of the work of the many very able and committed people in social care.

“I have always tried to make sure social care works as a crucial springboard for wellbeing to enable people to enjoy as much independence and control over their lives as possible.

“Social care is not an easy vocation but the commitment and care of the people who work within it are the most important ingredients for success.”

Clayton, who, like Pardy-McLaughlin, has previously co-chaired the Principal Children and Families Social Worker Network, said that receiving the award, for her services to social work, was a “complete surprise”.

She said that although it was “really positive to get the recognition” she stressed how lots of social workers had been working hard in the sector –  especially this past year – and that social work was a team effort. She said she hoped the award would bring more recognition to the profession: “For me, if it means that people maybe think about the profession, if it encourages people into the profession, that would make me happier.

“Social work needs more positive representation really, because I think that one of the challenges are that people often don’t really understand what we do. Anything that promotes social work is a positive.”

Pardy-McLaughlin wrote on his Twitter page that he has been “both humbled and indeed privileged to be nominated for the OBE in the New Year’s Honours”.

“Lovely news at the end of a very un-lovely year”

Adele Jones, a professor of social work at the University of Huddersfield, was awarded an OBE for her services to vulnerable women and children.

Jones qualified as a social worker in 1979 and, since becoming an academic in 1995, she has directed research in 16 different countries, managing over 26 externally-funded projects, including the COPING Project, a study of the impact on children of parental imprisonment. She said this “lead to a lot of reform and debate around how children of prisoners are completely invisible when parents are imprisoned.”

She is now centre director/co-principal investigator for None in Three, a research centre exploring new ways to tackle gender-based violence across the globe.

Jones said that, as one of the few black female professors, the award was “particularly valuable” to her, and she appreciated that “the recognition of [her] work  would also be important to others… so it’s been lovely news at the end of a very un-lovely year.”

There were also gongs for a host of social work and social care leaders, for their services to the sector, including, in some cases, during the Covid-19 pandemic.

Also recognised were a number of foster carers who were all awarded an MBE for their services to fostering. These included:

The full New Year’s Honours list can be found here.