How the government proposes to reform the Mental Health Act 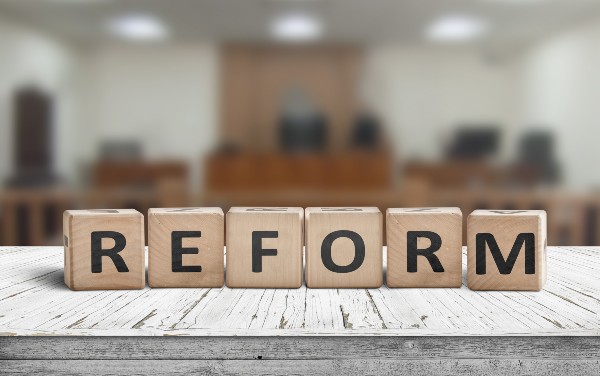 In 2017, the government asked Professor Sir Simon Wessely to lead the Independent Review of the Mental Health Act 1983 (MHA), to propose recommendations for modernisation and reform. The final report was published in December 2018 and made over 150 recommendations.

The government has now published its response in the form of a White Paper, published today. This will be followed by a 12-week public consultation. Following consultation, the government plans to draft a revised Mental Health Bill, which will be introduced when Parliamentary time allows. The following summary sets out the government’s main plans for legislative change.

Reaction to the White Paper

Read how social care leaders are reacting to the White Paper here.

The government proposes to seek to include four principles “up front” in the MHA, as well as in the code of practice (in which there are currently five principles). The proposed principles are:

The government also proposes to tighten the criteria for detention under the MHA to address the rising rates of detention and its disproportionate use among certain ethnic groups. First, the section 3 detention criteria for admission for treatment will be amended to clearly stipulate that, for someone to be detained, it must be demonstrated that:

Second, the section 2 (admission for assessment) and 3 detention criteria will be amended to require that there must be a “substantial likelihood of significant harm” to the health, safety or welfare of the person, or the safety of any other person.

The government wants to introduce more tribunal hearings to check on whether a patient’s detention continues to be appropriate. Under the proposals:

It also intends to expand the powers of the tribunal to include granting leave, transferring patients (eg to a less secure hospital), and to direct services in the community. There would be a duty on health and local authorities to take all reasonable steps to follow the tribunal’s decision.

The government is seeking further views on whether managers’ panel hearing should be abolished.

The government proposes to introduce ACDs. These can be made when the individual has the relevant capacity and set out the person’s preferences about their future treatment. They will only be considered if the individual loses capacity to make care and treatment decisions. Clinicians will be required to consider the contents of an individual’s ACD while they are detained under the MHA.

It also wants to amend the MHA to require that all detained patients must have a care and treatment plan, with clear expectations about how this should be developed with the patient. The responsible clinician, working with other professionals, will be responsible for maintaining the plan, which must be made within seven days and approved by the clinical director of the hospital within 14 days.

The government proposes to introduce additional safeguards when certain forms of treatment are being provided without consent. For example, the approval of a court will be required if urgent electroconvulsive therapy is being provided in the face of the person’s refusal, and the requirement for a second opinion appointed doctor (SOAD) certificate to provide medication without consent would be brought forward to 14 days, or 2 months, if the patient lacks capacity.

It is also proposed to introduce the ability for patients to challenge a specific treatment with the tribunal. This would be dealt with by a single judge sitting alone, who could make a finding that the responsible clinician should reconsider their treatment decision.

The government will replace the nearest relative with a new statutory role, the nominated person (NP), who the patient can personally select to represent them. The NP will have the same rights and powers as nearest relatives have now.

The NP can be selected by the individual during the MHA assessment, or in an ACD. If the person lacks capacity to nominate, an interim NP will be appointed by an approved mental health professional (AMHP ) until the person has capacity to make their own nomination. Children under 16 can also nominate an AP if they are “Gillick competent” ie they have sufficient understanding to understand what is proposed and make a decision about consent.

The government will also seek to legislate so that the NP’s objection to admission can be temporarily overruled, if the AMHP believes the objection is unreasonable. Currently, the only means of overruling a nearest relative is to remove or displace them. Also, the power to displace the nearest relative sits with the County Court and the government wishes to explore whether this power should sit with the tribunal.

It is proposed to expand the role of IMHAs to include:

The Wessley review recommended that IMHAs should be available to support informal patients. The government agrees that IMHAs are well placed to do this, but due to the additional burdens for local authorities and advocacy providers, this will be subject to future spending decisions.

The Wessley Review concluded that, whatever their merits, CTOs are used too often, patients stay subject to them for far too long, and they are used disproportionately on Black people. The government proposes to reform CTOs so that they can only be used where there is a strong justification, they are reviewed more frequently and by more professionals, are time limited (to two years unless the person has relapsed or deteriorated), and that people subject to them really need them to receive a genuine therapeutic benefit.

The Wessely Review recommended a clearer dividing line to be introduced in legislation between the MHA and MCA, based on whether or not a patient is clearly objecting to detention or treatment. The effect would be that all patients without the relevant capacity who do not object will receive care and treatment under the Deprivation of Liberty Safeguards (DoLS) or in the future, the Liberty Protection Safeguards (LPS) and not under the MHA. The government says that it will wait to assess the impact of the implementation of the LPS before introducing these reforms, and is seeking further views.

The Wessely Review also recommended that the government should consult on whether the MHA should enable the giving of ‘advance consent’. This would allow people to consent in advance to a set of arrangements that would otherwise give rise to a deprivation of liberty and, if they subsequently became unwell, they could be admitted as informal or voluntary patients, as opposed to being detained under the MHA or subject to the DoLS/LPS. The government’s view is that the law already enables advance consent to be given in certain circumstances and is consulting on whether the MHA or the code of practice could be amended to usefully make this clearer.

The government wants to improve the powers available to health professionals in A&E departments so that individuals in need of urgent mental health care, stay on site, pending a clinical assessment. Too often, the police are used in these cases.

In part, the government thinks this be addressed by changes to section 4B of the MCA, which are due to come into force as part of the new LPS system. These will enable A&E clinicians to deprive a person of their liberty to provide life-sustaining treatment or a vital act. But the government also believes that additional powers may be needed. It is therefore seeking views on extending section 5 of the MHA for this purpose. This provides powers to hold a person temporarily, while their mental health is assessed, but it cannot currently be applied in A&E.

Patients in the criminal justice system

The government proposes to speed up the transfer from prison to mental health inpatient settings, by introducing a 28-day time limit and establishing a new professional role for the purpose of managing the transfer process (which could be given to AMHPs).

It is also proposed to introduce of a new power of ‘supervised discharge’, which would enable the discharge of a restricted patient with conditions amounting to a deprivation of that person’s liberty, in order to adequately and appropriately manage the risk they pose.

People with a learning disability and autistic people

The White Paper raises concerns about the inappropriate admission of people with learning disabilities and autism to mental health hospitals. It is therefore proposing to revise the section 3 detention criteria to be clearer that autism and learning disabilities are not considered to be mental disorders for this purpose. Under section 2 there would be a requirement that there must be a probable mental health cause to their behaviour that warrants assessment in hospital.

The government also recommends the creation of new commissioning duties on local authorities and clinical commissioning groups to ensure an adequate supply of community services for these groups and monitor the risk of crisis at an individual level.

Tim Spencer-Lane is a lawyer who specialises in mental capacity, mental health and social care law and legal editor of Community Care Inform.

Community Care Live is back – and in person