By Mithran Samuel on February 26, 2021 in Children, Workforce 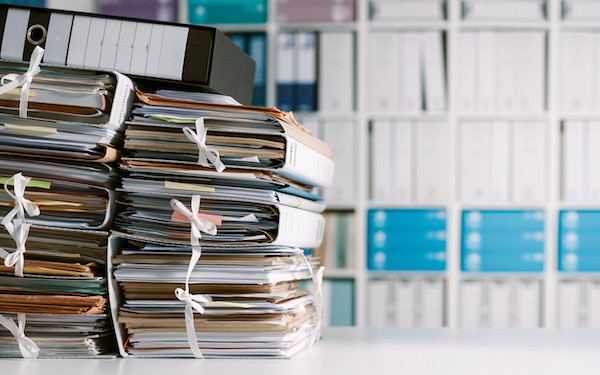 The average number of cases held by children’s social workers in English councils has fallen for the third consecutive year, according to Department for Education figures.

Though the DfE figures have been strongly questioned by practitioners in the past as a significant underestimate, and the department itself has said they should be treated with caution (see box), this year’s fall may well reflect the drop in referrals triggered by Covid-19.

Separate DfE surveys of local authorities have shown that referrals to children’s social care from the end of April 2020 to the start of 2021 were 9% lower than the average for the same period from 2016-19.

Overall, two-thirds of local authorities reported that caseloads fell for their practitioners. Reported numbers ranged from 9.7 to 24.9 between authorities.

How the DfE calculates caseload levels

Cases are defined as any person allocated to a caseholding child and family social worker, including individual children – so siblings are treated as multiple cases – and carers, for fostering and adoption practitioners.

Since it started publishing caseload figures, the DfE has said that they should be treated with some caution, as councils have indicated difficulties linking individual cases to specific practitioners. In addition, the total number of reported cases – 334,800 as of September 2020 – is typically smaller than the number of children in need recorded in official figures for the same year.

The fall in caseloads may also reflect year-on-year increases in the number of practitioners employed by local authorities.

Three-quarters of agency staff were covering vacant posts, a similar proportion to last year, with others likely to be covering seasonal peaks in workload or backlogs.

As in previous years, there were large variations between regions, with vacancies ranging from 7.5% in the North East to 23.8% in London.

Turnover fell significantly, from 16% in 2020 to 13.5% in 2019, which may reflect an increase in workforce stability in response to the pandemic.

Sickness absence down despite pandemic

However, the DfE pointed out that this would not take into account the number of social workers who were working from home but unable to carry out face-to-face work due to shielding.

In response to the figures, Social Workers Union general secretary John McGowan said they highlighted “a move in the right direction regarding caseloads and absence rate but it is a concern that the vacancy rate remains static”.

He added: “We all know that social work continues to be an incredibly challenging profession – On top of pressures for hard working social workers, we are also hearing that first line managers are feeling squeezed on one side by pressure from their own managers and on the other side by pressure from trying to support the staff they manage. In addition, the amount of time social workers were having to spend on admin and other tasks was further exacerbating the situation.”

Children’s social workers: tell us about your caseloads
Average pay for adult social workers up for first time in five years but salaries no higher than 2012 levels
Pay and benefits