‘A tragic loss to the profession’: colleagues pay tribute to social worker lost to Covid

Social worker Guy Oscroft died in January after contracting Covid-19. Here we share tributes from his colleagues at Darlington council

By Alice Blackwell on March 16, 2021 in Coronavirus, Workforce 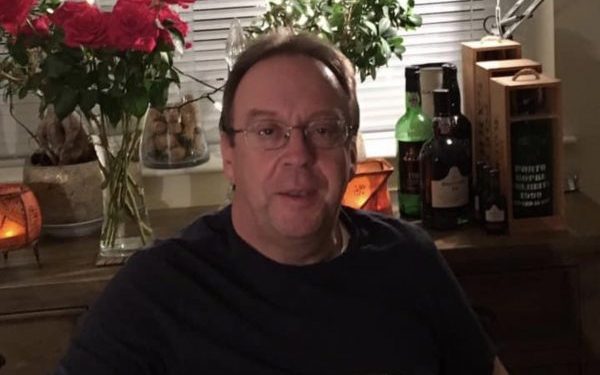 Guy Oscroft, an agency social worker in the assessment and safeguarding team at Darlington council, died on 15 January 2021 after contracting Covid-19.

His death follows that of 36 other social workers from the disease in 2020.

Oscroft qualified as a social worker in 2000 from the University of Central Lancashire and worked in several positions, including in children and families teams at Stranraer, Dumfries and Galloway. He then went on to become an agency worker and worked across the country.

Following a call we made for social workers to share memories of and reflections on practitioners who had died from Covid, his colleagues responded with the following tributes…

‘A passion for safeguarding’

“Guy was a pleasure to have work for me and brought a sense of calmness to the team with his relaxed demeanor and laidback attitude.

“That said his passion for safeguarding and his desire to make positive changes for the families and children that he worked with exuded from him. Guy was very well respected throughout the whole of the department and by colleagues within our partner agencies here in Darlington and he is already hugely missed by all, a massive loss to the profession.” (Dawn Mills, team manager)

“Guy was a well-read man. He would often recount the works of George Orwell and his book The Road to Wigan Pier. Guy liked how the everyday plight of the working people were described in great detail.

“Guy was someone who looked after the little people, most notably the children he worked with and they were always his priority.

If you wanted a social worker to knock at your door then you would hope it would be Guy.” (Phil, social worker)

‘A gentle soul who was calm in a crisis’

“Guy was a gentle soul, and a very kind, caring man who took life and its challenges in his stride. He was a wise man who despite his years was wise enough to know he was still learning in life and in work and this enabled him to share such experience in the hope that it would benefit someone else, and in doing so he would also bring a warmth, a smile and a chuckle.

“Guy was always calm in times of crisis and he had the ability to keep his head when others, including myself, would struggle or become swamped. During times when I felt like I was drowning at my desk, Guy seemed like he could float in the very same turbulent waters. Not because he had any less of a challenge than me but because he just knew.

Social work has lost a beautiful person and a colleague who worked tirelessly in times of so much uncertainty.”

“If I can do the job I do and manage the stresses and strains that come with it, and still enjoy life the way that Guy enjoyed life then this is what I and everyone else should aspire to.” (Warren, social worker)

“To me Guy was a man of his word and he had integrity.  He always had the wellbeing of others in his mind all the time whilst working with his colleagues and including the children he supported and their families. Guy was a man who did the “right  thing” opposed to what was easy, and to me was a practitioner and friend I inspire to be like, as a person and professional.

“Some of the words he used daily will never leave me, ‘There are no problems, only solutions’ or ‘Soon be Monday’. I also remember how he would answer the phone to his lovely wife and to those that knew him personally, ‘Morning Dobbie’s Flower Market’. I am so grateful, I had the opportunity to meet Guy.” (Sharon, social worker).

“Guy was an inspirational social worker, who I had the amazing privilege of working alongside whilst I was a student. I will always remember the calmness that Guy had and his ability to see solutions and not problems.

“Guy always made time for everyone, nothing was ever too much, and even if he was sick of my endless questions he never showed it. Guy was a humble man who knew the true meaning of life. The love Guy had for his wife and his family shone through every day.

Losing Guy has left a huge hole in not only our social work family but the social work profession.” (Katie, social worker on ASYE)

“Guy (Mr O) was a very kind man who was committed to his role as a social worker. He was always available if I needed to ask a question and seemed to have an answer for every one of them. Guy would say he is not very technical and he was right! Guy had so much love for his wife and his family. Their conversations that I overheard made me smile.

“Social work has lost a beautiful person and a colleague that worked above and beyond.” (Tia, social worker)

“When I heard that Guy had been taken unwell initially it was a very emotional time and to sadly have received the news that we had lost him so very quickly was simply devastating and beyond comprehension.

“Guy wasn’t just a name to me as I had spent many a time having a lovely chat with him about many different things including his wife and home life. He was a truly lovely person with a very gentle and calm manner.

I still can’t quite believe that he won’t be coming back to his work family.

“We were very lucky to have met Guy and to have had him stay with us for so long, his time in Darlington will be remembered fondly. Guy, I hope you know how much we thought of you and still do.  Your time in Darlington has left an impression on us all and you will be remembered.  Thank you for being you and we miss you desperately. Warmest love to you.” (Joanne, head of service).

One Response to ‘A tragic loss to the profession’: colleagues pay tribute to social worker lost to Covid