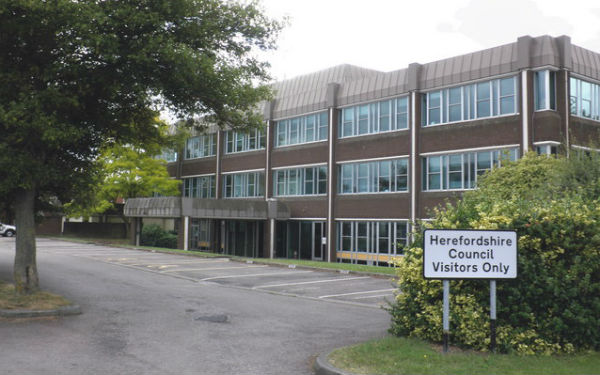 A council’s children’s services are to be monitored by a government-appointed adviser, following a High Court judgment in a care case that questioned their “fitness for purpose”.

Herefordshire council will hold an extraordinary meeting on Tuesday for councillors to approve an “assurance and improvement strategy” across children’s social care to address the practice and leadership concerns raised by the case, in which social work teams pursued a plan for special guardianship orders (SGOs) for children who had made false allegations of sexual abuse against their parents. The children did not see their parents for eight years; during this period, one child died of a serious illness.

Leader of the council David Hitchener said the ruling, which highlighted managers ignoring the concerns of a senior judge and the advice of a respected psychiatrist “shows the previous steps taken to make improvements in children’s services have fallen short of what is required to protect and safeguard the children of Herefordshire”.

The local authority was previously criticised in three court judgments in 2018 and received a ‘requires improvement’ rating from Ofsted that same year, when inspectors found ‘inadequate’ leadership at the authority. The council’s report for the new improvement strategy says this approach will be “different to previous promises” and will involve external review and the oversight of the authority’s incoming chief executive when he starts in May, rather than that of service directors. The improvement board, led by a Department for Education-appointed chair, will include external partners.

A Department for Education (DfE) spokesperson confirmed that Herefordshire had accepted an improvement intervention and said: “This is a deeply upsetting case. No parent or carer should ever have to experience this kind of tragedy, and we welcome the assurances from [the council] that immediate action is being taken in response to this important judgement.”

The case involved four children who became known to Herefordshire in 2010 because of their mother’s concerns about their sexualised behaviour. During work with the family, the local authority became worried about the mother’s mental health and periods of heavy drinking, and the father’s behaviour. In late 2012, after staying for a few months in a section 20 (voluntary) arrangement with the foster carers who went on to seek SGOs, the children made allegations that they had been sexually and physically abused by their birth family.

The local authority sought care orders for the children to be placed long term with the foster carers (referred to in the judgment as the XXs), alleging sexual and physical abuse by their parents, among others. Although the allegations of sexual abuse were found to be false, the children were still considered to be at risk of significant harm from their parents, and the care orders were made in 2014.

In the latest judgment, High Court judge Mr Justice Keehan set out “egregious and long-standing failures” over the past eight years, which meant the damaging impact of the children’s narrative about their past ‘abuse’ was not addressed and they had minimal indirect contact with their birth parents, and no face-to-face meetings.

The criticisms of the local authority included:

Mr Justice Keehan found that children’s services had received incorrect legal advice that it could consent to life support treatment being ceased based on the medical advice, and the matter should have been brought to the High Court. The parents saying over the phone that they agreed with the doctors’ decision was found not to be informed consent. Following this case, Herefordshire now has a consent policy for looked-after children requiring serious medical treatment or the withdrawal of life-sustaining treatment.

Justice Keehan directed that the children remain subject to care orders. He specified that therapeutic work be carried out with the children and a productive relationship developed between the XXs and the mother with the aim of restoring contact. Herefordshire asked for proceedings to be concluded so that the work could took place outside of court.

However, Justice Keehan stated: “Sadly, but understandably, [the children and the XXs] have lost all confidence in the local authority. Accordingly, along with the mother, they wish the court to retain oversight of the work of [the therapist] until he has filed his reports and commenced therapeutic work with the children.”

The judge continued: “I cannot after the closest possible enquiry, understand why or what motivated the local authority to fail these children, this mother and [the XXs] as appallingly and for as extended a period of time… The only matter which is clear to me is that it did not have the welfare best interests of the children at the heart of its decision-making, such as it was. This must call into question whether this local authority’s children’s services department is fit for purpose.”

In a letter to Mr Justice Keehan, following the private handing down of the judgement in March, Herefordshire leaders said as an immediate move they had established a new assurance framework so that all SGO decisions would be signed off by its assistant director of quality assurance and created a new independent assurance team. It said its review strategy would incorporate findings from the previous court judgements and a “fundamental appraisal of our social work practice from leadership through to practitioner level”.

Claire Ward, acting deputy chief executive and head of paid service, said that a ‘helicopter review’ by Essex council in early April of a sample of children in care cases had not found immediate causes for concern but that further external reviews were necessary and more cases that do not meet the required standards may be found.

The council has commissioned a review of the leadership and management of its children’s social care services by two former Ofsted inspectors, which will report next month. It has also agreed that the DfE will appoint an adviser, who will chair a new improvement board for Herefordshire.

However, in a report to next Tuesday’s meeting, the council recognised government intervention was likely: “The DfE are currently considering what action they are required to take to ensure children receive the services they deserve. The type of intervention is dependent on the severity of the situation, how long the authority has been underperforming, and the perceived capacity for improvement. We recognise that the DfE have a difficult decision to make.”

The DfE spokesperson said: “Our priority is to ensure children in Herefordshire are safe, protected from harm and that the services designed to care for them are fit for purpose. We are working closely with the council and with Ofsted to ensure that they bring in strong and effective leadership in Herefordshire’s children’s services team, and we have put support in place to raise standards through our Partners in Practice programme. We will not hesitate to take stronger intervention action if rapid improvements are not made.”

Ward added: “The attitudes, culture and professional practice demonstrated in this judgment is shocking and well below the standards we expect. Appropriate action will be taken on the conclusion of our investigations, in accordance with the council’s HR procedures, any relevant professional body requirements, and the law.

“Our social workers continue to do their best, often in very difficult circumstances, to support families and protect vulnerable children in our community. We will ensure our staff have the support they need and the confidence and commitment to report any concerns.”

How social work employers can help new staff settle into their roles while working remotely
The case for promoting free speech, debate and enquiry in the social work classroom