The case for promoting free speech, debate and enquiry in the social work classroom

The culture of social work education encourages self-censorship, but the development of critical thinking and the need to respect diverse opinions is critical for practice, argues academic Jane Fenton 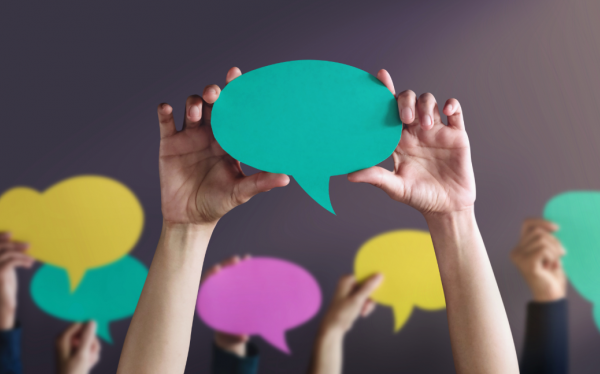 The government has just proposed new measures to strengthen free speech at university on the basis that there have been recent attempts to censor speech and quell diverse or controversial opinions. This article explores that issue within the social work classroom.

Firstly, there may be some features of the current cohort of social work students that lend themselves to a potential difficulty with free academic enquiry and debate. For example, recent research has shown social work graduates to be significantly less skilled at critical thinking and significantly less assertive than a UK normative sample (Sheppard et al, 2018).

Several articles have also tried to address the problem of social work students being reluctant to ‘speak up’. Social work educators like myself might have noticed the reluctance of students to speak out in classroom, and have probably also noticed a marked difference from, say, 10 years ago.

This appears to go hand-in-hand with a comfort in following organisational rules and regulations rather than critically thinking about ideas and challenging them. My own, and others’, research has investigated various aspects of those concerns (Fenton, 2016).

Recent research has also demonstrated that, in general, a minimum of only 30% of students would choose a free speech position on, for example, inviting controversial speakers to come to campus.

Furthermore, a minimum of 20% would choose no-platforming in the interests of the emotional safety of minority groups. There is, therefore, a significant malleable ‘undecided’ group’.

Students became 14% more pro-censorship or pro-free speech when they had been primed with a narrative about the need for emotional safety or in support of free speech, respectively.

This clearly speaks to the power of context and the potential influence of ‘priming’ students for classroom expectations of engagement. There is also a gender disparity here, with women being particularly pro-emotional safety and therefore censorious – important when the majority of social work students are women.

This censorious tendency appears to be based on an underpinning assumption that offending ideas cause actual harm, because the paragraph was explicitly about ‘the importance of protecting disadvantaged race, gender and sexual minorities from harm’.

This assumption is a contested idea rather than a fact and much has been written, for example, about the deleterious impact that protecting students from ideas they might find uncomfortable can have.

For example, we may be teaching students to think pathologically, by encouraging patterns of thought that are alarmingly similar to those that contribute to anxiety and depression (eg interpreting remarks in the least charitable fashion and assuming slights).

Also, we may be underpreparing students for employment and ‘the real world’ where one must engage with people whose ideas we may find objectionable. This may be especially true for social workers, who deal with often distressed and angry people who might not be choosing their words carefully.

‘Impact and interpretation is everything’

The idea of ‘microaggressions’ stemming from critical race theory is also important here. There is no defence against an accusation of committing a microaggression, because intention is unimportant, and impact and interpretation is everything.

As above, interpreting an interaction in the least charitable way (that is, to assume racism) is again, detrimental to good metal health as any CBT programme would demonstrate.

The recent report from Universities UK on racial harassment, for example, draws heavily on a paper by Rollock, who gives an example of a microaggression as saying: ‘You are so articulate/well-spoken’ to a person of colour.

According to Rollock, this really means, ‘It is unusual for someone of your race to be so intelligent/ educated/well-read’. Although this is a very cynical, and perhaps wrong, reading of the situation, that does not matter, because if the listener thinks that is what is meant (ie it is a microaggression) then it simply and factually is.

The social work classroom is a place where oppression on the basis of protected characteristics is discussed more than in many other subject classrooms. So, once again, the problem of being reluctant to express opinions may be particularly acute in that environment.

But really, is it any wonder that students might self-censor? The fear of being ‘in trouble’ for saying something wrong, or for causing offence is not unfounded – there are numerous examples in the media of people losing jobs, being ‘cancelled,’ being hated on Twitter and just being a persona-non-grata for voicing opinions that are not in keeping with current orthodoxies.

And, of course, there are many examples of people being abused on social media and elsewhere for promoting the rights of marginalised groups. Intolerant zealotry is not the prerogative of one side of the political cultural spectrum!

In the classroom, however, how brave would a young student have to be to question whether a person with a penis can actually be a woman, whether biology might contribute to the different choices made by men and women or whether differences in outcomes between different ethnic groups might be caused by an interplay of factors, for example poverty, English language proficiency, cultural issues, etc. and not only racism?

And to ask those questions at a time in their life when testing out their own ideas, making mistakes, learning to think critically and to debate civilly and intelligently is new, difficult and personally risky? They would have to be enormously brave indeed, and self-censorship must be extremely tempting.

How we come to knowledge

According to Jonathan Rauch, the seminal liberal thinker who builds on the work of JS Mill, knowledge is produced in liberal democracies through a system of questioning anybody by everyone; a system that rejects the idea that an overall authority gets to decide what is knowledge (as in totalitarian regimes) and rejects the idea that all points or beliefs are of equal value.

On the latter point, theories are put forward into the public realm and are tested, the evidence is scrutinised, and theories are then either debunked or upheld (for the time being). It is through this system that we have a relatively settled body of knowledge with much frenzy and debate around the outskirts.

So, for example, we teach evolution, not creationism in schools and university. Evolution is considered knowledge. People are free to believe in creationism, but it won’t be taught as knowledge in educational establishments.

Many examples of this settled knowledge can be traced back to debate in the public realm, dissent, civil action and eventual acceptance; for example, equality between the sexes and races. Attempts to forward theories of superiority have been well and truly debunked and so have no place in academic debate.

Understanding this delineates which ideas are acceptable for academic enquiry and debate and which, usually the more obnoxious ideas, have been debunked due to lack of evidence.

The recent debates on whether self-identifying as a woman should simply be declaratory, or whether this undermines the rights of biological women, for example, are very different from white supremacist debates because the former issue is still very much contested whilst the latter has been wholly discredited due to having no evidential basis.

Therefore, social work students should actually be encouraged to think, to debate and to disagree about gender identification ideas, in keeping with the university’s role in liberal knowledge production. Educators need to be comfortable with this and to encourage an environment where debate can flourish.

The main idea in JS Mill’s On Liberty (1859) is that the “tyranny of the prevailing opinion and feeling” must be challenged in a liberal democracy. Society needs sceptics, critical thinkers and people who have the courage to challenge prevailing orthodoxies, once again making it important that educators encourage students to flex those intellectual muscles.

Distinction between abuse and offence

When I have discussed free expression with fellow academics, I am often reminded that ‘hate speech’ is not allowed. Once again, I think that educators need to be clear and confident about the difference between abusive and harassing speech that is an expression of hatred towards a person or group and a genuinely held opinion or question about a contested idea.

Abuse and harassment are never acceptable, but voicing an opinion that some might find offensive is.

The Public Order Act (1986), for example, prohibits ‘threatening, abusive or insulting words or behaviour’ with or without the intention of causing harassment or distress. So, shouting abuse is never acceptable.

In Scotland, the newly passed Hate Crime and Public Order (Scotland) Bill extends the ‘stirring up’ of racial hatred offence to other protected characteristics. Neither piece of legislation prohibits properly expressed opinions which some people might find offensive. In fact, the Scottish justice minister Humza Yousef stated, during the Bill’s passage, that people should have the right to be ‘offensive and controversial’.

Clearly, however, misunderstanding abounds about this as the recent blunder by Merseyside police demonstrates. The police force erected a large billboard saying ‘being offensive is an offence’, which is simply not true. The police apologised later.

Given that even the police are confused, it is again little wonder that educators and students often feel on shaky ground. And, of course, when on shaky ground, it is very tempting to say nothing.

There is also the added complexity about professional social work duties as the case of Felix Ngole. Mr Ngole, a devout Christian, had posted on Facebook that homosexuality is a sin, and had been removed from his course. The case went through various stages to end up at the Court of Appeal.

Several factors in the judgment have the most relevance here:

Social work education is in the business of producing social workers who can think critically, engage ethically and understand complexity, uncertainty and competing perspectives and tensions.

According to Sheppard et al, mentioned earlier, we are not wholly successful in that endeavour. To be so, we need to encourage students to think and debate, to subject their opinions to scrutiny (demonstrating moral courage), to have their thinking challenged and even changed, and to be properly engaged in critical learning.

It is our duty as educators to create an environment conducive to this learning and the only way to do that is to equip students with the above free expression framework (comprised of legal, professional, ethical and knowledge parameters) to allow them to safely express themselves.

This is especially important for social work students, who will be intervening with families where frustrations and stresses abound and where many notions of ‘correct’ orthodoxies may well seem irrelevant. Teaching students to be tolerant of diverse opinions is crucial – in the classroom and in practice.

Jane Fenton is a reader and associate dean for learning and teaching at the University of Dundee and has spent most of her social work career in statutory criminal justice social work (CJSW) in Dundee.

12 Responses to The case for promoting free speech, debate and enquiry in the social work classroom