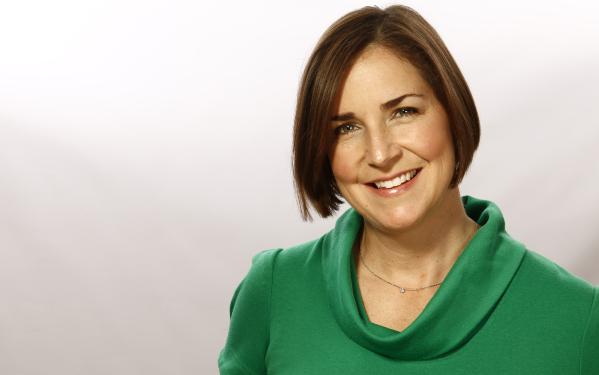 The Domestic Abuse Act 2021, which became law last month, marks a significant step forwards and should transform our response to domestic abuse, which affected 2.3m people in England and Wales in 2019-20.

All social workers should be familiar with the new legislation, but certain aspects of the act are particularly relevant to social care practitioners. Here is an outline of what they are and what they mean.

The act sets out the first definition in law of what constitutes domestic abuse. The definition goes well beyond physical violence. It recognises that domestic abuse can be emotional, coercive or controlling or economic. To fall within the definition, both victim and perpetrator must be “personally connected”. The definition ensures that different types of relationships are captured, including ex-partners and family members.

The definition is gender neutral to ensure that all victims and all types of domestic abuse are sufficiently captured, and no victim is excluded from protection or access to services. The supporting statutory guidance will provide more detail on the features of domestic abuse, including by recognising that the majority of victims are women, and the majority of perpetrators are men. The definition of domestic abuse does not extend to paid and unpaid carers, unless they are also personally connected, such as a family member.

The act defines domestic abuse as occurring where the victim and perpetrator are aged over 16. Abusive behaviour directed at a person under 16 would be dealt with as child abuse rather than domestic abuse.

However, for the first time, a child who sees or hears, or experiences the effects of, domestic abuse and is related to the person being abused or the perpetrator, is also to be regarded as a victim of domestic abuse in their own right. This will help to ensure that locally-commissioned services consider and address the needs of children affected by domestic abuse.

One of the key functions of the Domestic Abuse Commissioner will be to encourage good practice in the identification of children affected by domestic abuse and the provision of protection and support for these children.

The act extends the offence of coercive and controlling behaviour, no longer making it a requirement for abusers and victims to either still be in a relationship or to still live together. There is significant research which shows that those who leave abusive ex-partners can often face sustained or increased controlling or coercive behaviour post-separation. As a consequence, we know that victims are at a heightened risk of homicide during the period immediately following separation.

This change will have particular significance in the context of economic abuse, given that it does not require physical proximity but commonly continues, escalates and, in some cases, may begin after separation, which can present major challenges for  victims seeking to rebuild their lives. Figures show that one in four women report economic abuse post-separation, and economic abuse can continue for many years after the relationship has ended.

Part 4 of the act places a duty on  relevant local authorities in England, including all those with social services responsibilities, to provide support to victims of domestic abuse and their children within refuges and other forms of safe accommodation. This has been accompanied by government funding of £125m for local authorities to allow them to fulfil this duty.

The act also places a duty on each such authority to appoint a multi-agency domestic abuse local partnership board. The local authority will then need to consult with the board to assess the need for accommodation-based domestic abuse support within their local area, develop and publish a strategy for the provision of this support, and then monitor and evaluate the effectiveness of the strategy. Local authorities will be required to report back to national government on the progress of this work. There will be a national oversight board chaired by a minister, which the Domestic Abuse Commissioner will sit on.

We are particularly interested to better understand how specialist services that are delivered by and for marginalised communities are being delivered locally. We want to ensure that these specialist grassroots organisations can secure funding from local commissioners and are not squeezed out by larger providers.

Breaching a DAPO, which is a criminal offence, carries a maximum penalty of five years’ imprisonment.

While the guidance for DAPOs has not yet been released, third parties will be able to apply for a DAPO directly to the Family Court. This means that social worker may be able to apply on behalf of individuals who they are working with and are experiencing domestic abuse.

The act also puts the domestic violence disclosure scheme, commonly known as ‘Clare’s Law’, on a statutory footing for the first time; it’s a scheme where social workers can play a critical role. The scheme allows the police to disclose information about individuals with a history of abusive or violent behaviour which would protect a potential victim from harm.

A person can apply for a disclosure under the ‘right to ask’ if they are concerned about whether a partner or potential partner has a history of abusive behaviour. Third parties can also seek a disclosure if they are worried that a someone is at risk.

When such an application is made, the police have to decide whether or not to disclose any history of violent or abusive behaviour on the basis of whether it could prevent further harm.

The ‘right to know’ allows the police to make a proactive disclosure to a potential victim on their own initiative if they believe it could protect that person. The ‘right to know’ could arise following information received from a criminal investigation, or through a statutory or third sector agency.

As such, where social workers are made aware that someone they are working with is experiencing domestic abuse or may be vulnerable to it, they should report their concerns to the police, and can seek information about whether a perpetrator has a previous history of domestic abuse. This can help them to intervene and support the victim and their family.

The act also creates the role of the Domestic Abuse Commissioner in statute and gives the role specific powers that will help it to improve the response to domestic abuse and hold both government and agencies to account. My successors and I will be expected to publish reports and lay them before Parliament and the role is also tasked with driving up the response to domestic abuse and addressing the so-called ‘postcode lottery’ for victims and survivors.

I look forward to working with you.

Nicole Jacobs is the first Domestic Abuse Commissioner. She was appointed as designate commissioner in 2019.