The typical perception of child to parent abuse is that the child is a teenager, but many are much younger, says specialist worker Michelle John, who offers tips to practitioners on how to respond 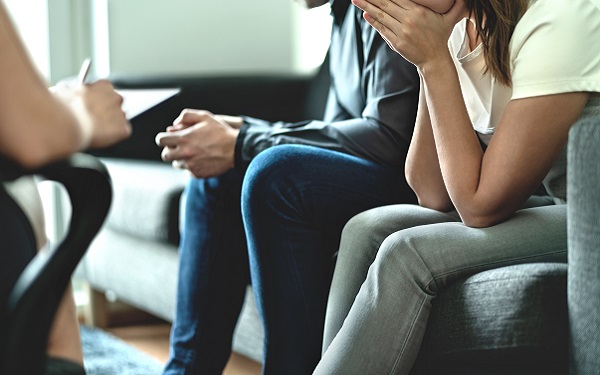 There are misconceptions around all types of domestic abuse. Frequently those working and volunteering within the sector find themselves having to raise awareness about the true reality.  In our experience, with child to parent abuse (CPA) being a relatively unknown issue – especially when compared to intimate partner abuse – many people misunderstand the demographics involved.

Of those who have heard of CPA, many will automatically picture that the child is a 16- or 17-year-old male and the parent is female. But this simply doesn’t align with what we see on the ground. Since we started operating in April 2020, we have worked with almost 500 families and they represent a diverse range of demographics.

There are, of course, families where the child displaying the abusive or violent behaviours is a teenage boy. But according to our surveys, for more than 50% of parents we are supporting, the child is aged 12 or younger, with around 5% being aged five.

And 90% of parents say the behaviour became abusive (rather than simply being typical age-related behaviour) before the child turned 13.

How does abuse present itself in younger children?

The size and strength of the child (or the parent) is irrelevant when it comes to CPA as there are so many different behaviours which come under this umbrella term. We see a range of behaviours shown by younger children including physical abuse – kicking, hitting, biting, damaging property – and emotional abuse – issuing threats, coercion, repeated insults, as well as targeting siblings and pets.

How can professionals support parents?

The initial response from professionals when parents ask for help is a crucial factor in not only how the situation resolves itself, but also the parents’ mental and physical health going forward. Often families will only ask for external help when they have exhausted every option they can think of – so a good starting point is to ask parents what solutions they have tried themselves.

The sense of relief associated with being listened to and believed is hugely powerful; parents who have struggled to access professional support report feeling isolated, blamed and ashamed. So simply using phrases like ‘I believe you’ and avoiding language which implies blame are extremely important.

It may be easier to brush off CPA involving younger children as simply ‘testing behaviour’ or something they will grow out of – but this minimises abuse that has a devastating impact on families. From injuries requiring A&E visits and the police needing to be called (more than half of the parents we work with have called the police least once), to the majority having to reduce their working hours or quit their job altogether, CPA can and does affect every aspect of a family’s life – whatever the age of the child.

If parents are asking for help with violent or abusive behaviour, discuss different areas of their own life, such as ability to work or socialise, as well all aspects of family life, to gain a better understanding of the impact. Consider how much it may take for some parents to call the police about their child, especially one under 13 – what have they felt when they have thought about doing this?

When we are training or speaking to professionals, we compare how CPA is responded to with the responses we’d expect when a disclosure of intimate partner abuse is made:

“Just take the weapon off them.”

“You’ve allowed this situation to develop.”

“You just need to learn to cope.”

It would be shocking if these things were said to someone being abused by their spouse or partner, and yet these are all phrases regularly said to parents experiencing CPA. They’re asked to attend parenting courses, and sometimes directly told it’s their parenting that’s to blame. Their disclosure of CPA is repeated to the child in question. Or they’re told that because there isn’t a problem outside of the home (for example, if the child is attending school and not displaying abusive behaviours there) that there’s not an issue.

Physical abuse is sometimes not taken as seriously when it’s a younger child displaying this behaviour, despite them being able to inflict damage through biting, hair-pulling, or using weapons for example – and despite the emotional damage that their behaviours are also causing.

In October 2019, Community Care Inform’s Learn on the go podcast discussed child to parent violence, what is known from research about its occurrence, and some ways social workers can support families.

Parents have often identified some positive strategies, or made choices based on which option is least likely to provoke an abusive response; for example, some parents might overlook behaviours they consider to be less of an immediate threat – such as a young child swearing – because that same child is also threatening or causing physical harm to their siblings. By finding out what has and hasn’t worked up until that point, it becomes easier to make suggestions which will build on existing strategies in place. The family is experiencing this behaviour every day, so they are the experts on the situation – they just need some outside support because it’s become too much for them to take on alone.

Are they all safe?

If we solely look at the child, it would be feasible to say they’re not in danger therefore there’s nothing that can be done to support them – especially if they are not yet ready to work directly with professionals.

But it’s worth considering the safety of everyone in the family home, including any siblings – as in our experience, almost 90% are targeting other children in the house as well as their parents.

At the very least, a safety plan should be in place which covers all members of the household and ensures they stay safe during incidents (which are likely to escalate over time) and, if possible, support should be offered to the family even if the child themselves does not yet want to access the service. Where children are older, it may be possible for the parent to leave the home temporarily to keep themselves safe – but this is not possible with a younger child, so is there someone else who could remain in the house with the child, such as an older sibling who isn’t being targeted by the child’s behaviour?

The challenges and limitations on local authorities are well documented, and we appreciate that sometimes it’s simply not possible for a team to offer support for everyone who needs it. However, there are many organisations out there who may be able to work with a family.

That’s why we encourage referrals into organisations such as forensic CAMHS, bereavement services for children who have experienced loss, substance abuse charities where there are issues with drugs or alcohol, or teams specifically set up to support where CPA is happening, such as PEGS.

There is no one-size-fits-all solution to abuse of any kind, but it’s important for us to reverse the perception that only older children can be abusive or violent towards their parents. It’s time for this issue to come out of the shadows, and for us to support the families living with abuse.

Michelle John is the founding director of Parental Education Growth Support (PEGS). She has lived experience of CPA and a background in family law. PEGS provides counselling, peer groups, advocacy and support programmes for parents, and training for professionals, and is also involved in national policy and awareness raising work.

Social work at its best: your stories of how the profession makes a difference
Peeling back the red tape and freeing up social workers